Bioengineers Are Using Levitation on Dead Cells to Preserve the Living 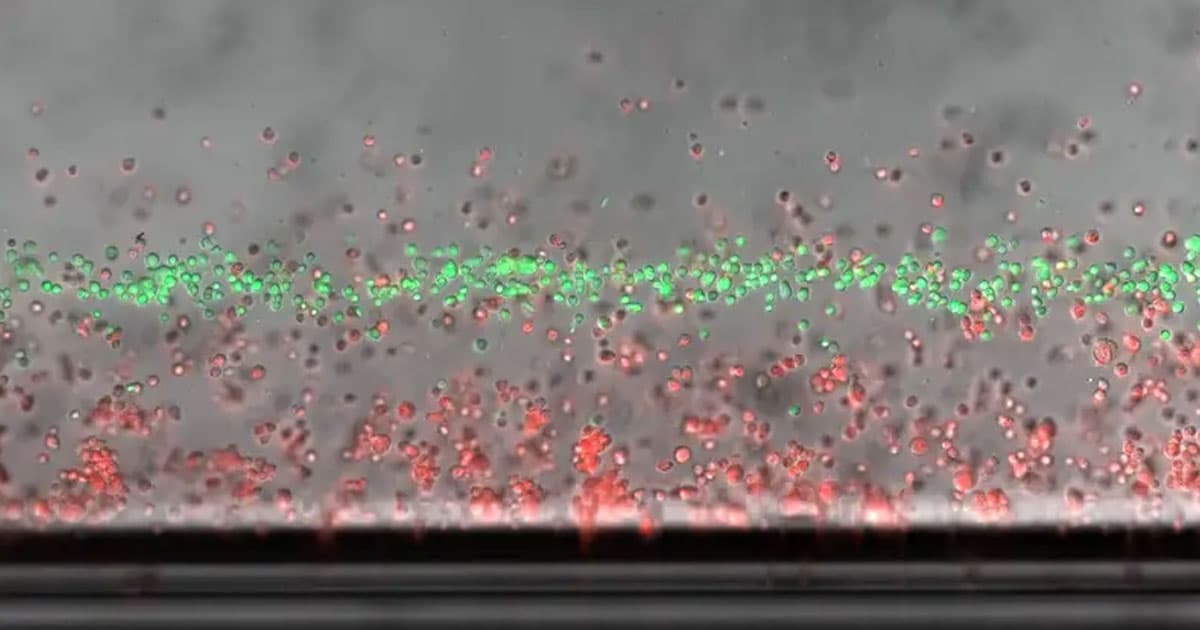 In the delicate work of bioengineering, dead cells get everywhere — and become a major nuisance.

Now, Stanford scientists have figured out how to separate the dead cells from the living, using magnetic levitation, gently pulling them away from the still-useful survivors without ripping everything apart, according to New Scientist. Magnetic levitation itself isn't new, but learning that it can suck up dead cells is, and the scientists are eager to show how it can improve everything from cancer research to 3D-printed scaffolds.

Take cancer research, for example. In research shared online last month, the scientists suggest that an experimental drug could be dropped onto a clump of cells. As cancerous cells die, assuming they do, the scientists could levitate them away from the rest of the cells as a way to track and quantify their progress.

Without levitation, one of the main ways to separate living from dead cells is to spin them in a centrifuge until they form groups based on density. That process can be extremely destructive at the cellular scale, so the team argues that separating cells based on magnetic signatures is a far gentler (and therefore, more useful) approach.

Then there's 3D printing: being able to lift dead cells out of whatever organ or tissue you're trying to synthesize — without scraping the good stuff along with it — would make life much easier for scientists handling the extremely delicate work.

For now, the actual use-cases are speculative, though. Scientists have only gotten so far as learning that they can levitate dead cells without perturbing the survivors, but you can't fault them for letting their imaginations run a little wild with the possibilities.

READ MORE: Magnetic levitation can be used to separate the living from the dead [New Scientist]

More on levitation: Researchers Found a Way to Levitate Objects Using Only Light