Scientists Have Made a New "Brain-On-A-Chip"

The human mind is going high-tech. 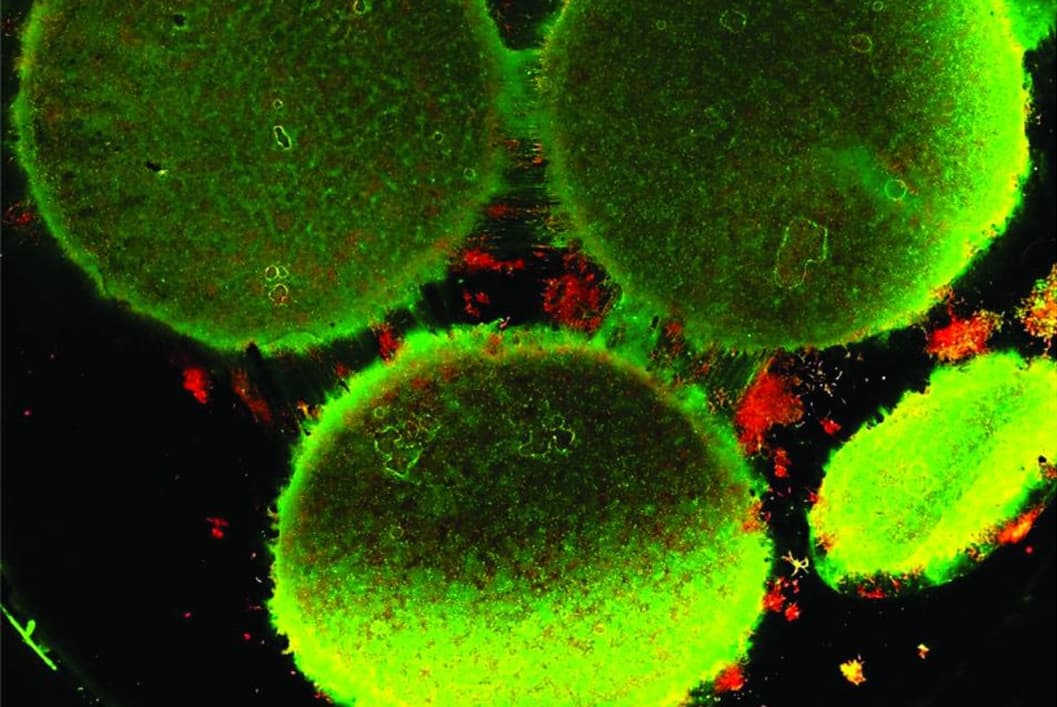 We have come a long way in our understanding of how the brain works, but the more we know about it, the more we realize we have much to learn. If artificial neural networks are complex, the body's natural neural network is even more so. However, we are making progress, and a team of researchers from Harvard University may have just provided us with a better way to understand of our brain.

Using an in vitro brain-on-a-chip that they designed to model the brain's connectivity, the team was able to extensively characterize the differences between neurons from the different regions of the brain. "The brain is so much more than individual neurons," said Ben Maoz, a postdoctoral fellow at Harvard's John A. Paulson School of Engineering and Applied Sciences (SEAS) and co-first author of the paper, which is published in the Journal of Neurophysiology. "It's about the different types of cells and the connectivity between different regions of the brain. When modeling the brain, you need to be able to recapitulate that connectivity because there are many different diseases that attack those connections," he added.

The researchers modeled the three regions of the brain that are primarily affected by schizophrenia, namely the amygdala, hippocampus, and prefrontal cortex. The team characterized each region in vitro in terms of cell composition, protein expression, metabolism, and neural electrical activity. After that, they analyzed how neurons from each region of the brain changed when in communication with neurons from other regions.

A View to the Brain

"It's no surprise that neurons in distinct regions of the brain are different, but it is surprising just how different they are," said co-author Stephanie Dauth. "We found that the cell-type ratio, the metabolism, the protein expression, and the electrical activity all differ between regions in vitro. This shows that it does make a difference which brain region's neurons you're working with."

The team noticed that the composition and electrical activity of cells underwent particularly dramatic changes when those cells were in contact with neurons from the brain's other regions. "When the cells are communicating with other regions, the cellular composition of the culture changes, the electrophysiology changes, all these inherent properties of the neurons change," Maoz explained. "This shows how important it is to implement different brain regions into in vitro models, especially when studying how neurological diseases impact connected regions of the brain."

Obviously, this brain-on-a-chip can be a very useful tool for research as it will allow scientists to study neurological and psychological diseases more easily. In fact, the team even demonstrated the effects of a drug that stimulates schizophrenia, Phencyclidine hydrochloride (PCP), on their in vitro model. Through that experiment, they could see how the drug impacted the different brain regions and their connectivity with one another.

This in vitro model could also help lessen the costs of this important research. "Roughly 26 percent of the U.S. healthcare budget is spent on neurological and psychiatric disorders," said Kit Parker from Harvard SEAS. "Tools to support the development of therapeutics to alleviate the suffering of these patients is not only the human thing to do, it is the best means of reducing this cost.

1.15.18
“Brain-on-a-Chip” Devices Are Changing How We Study the Brain
11.16.17
Neuroscientists Are Trying to Alter Our Brain Circuits to Eradicate Pain
11.03.17
Intrusive Thoughts Might Be Caused By a Shortage of a Certain Chemical
9.08.17
Neurons Use a Type Of "Adrenaline Rush" to Communicate With the Immune System
9.05.17
Scientists Can Now Target the Area of the Brain that Causes Schizophrenics to "Hear Voices"