The devices could one day eliminate the need for animal — and even human — test subjects. 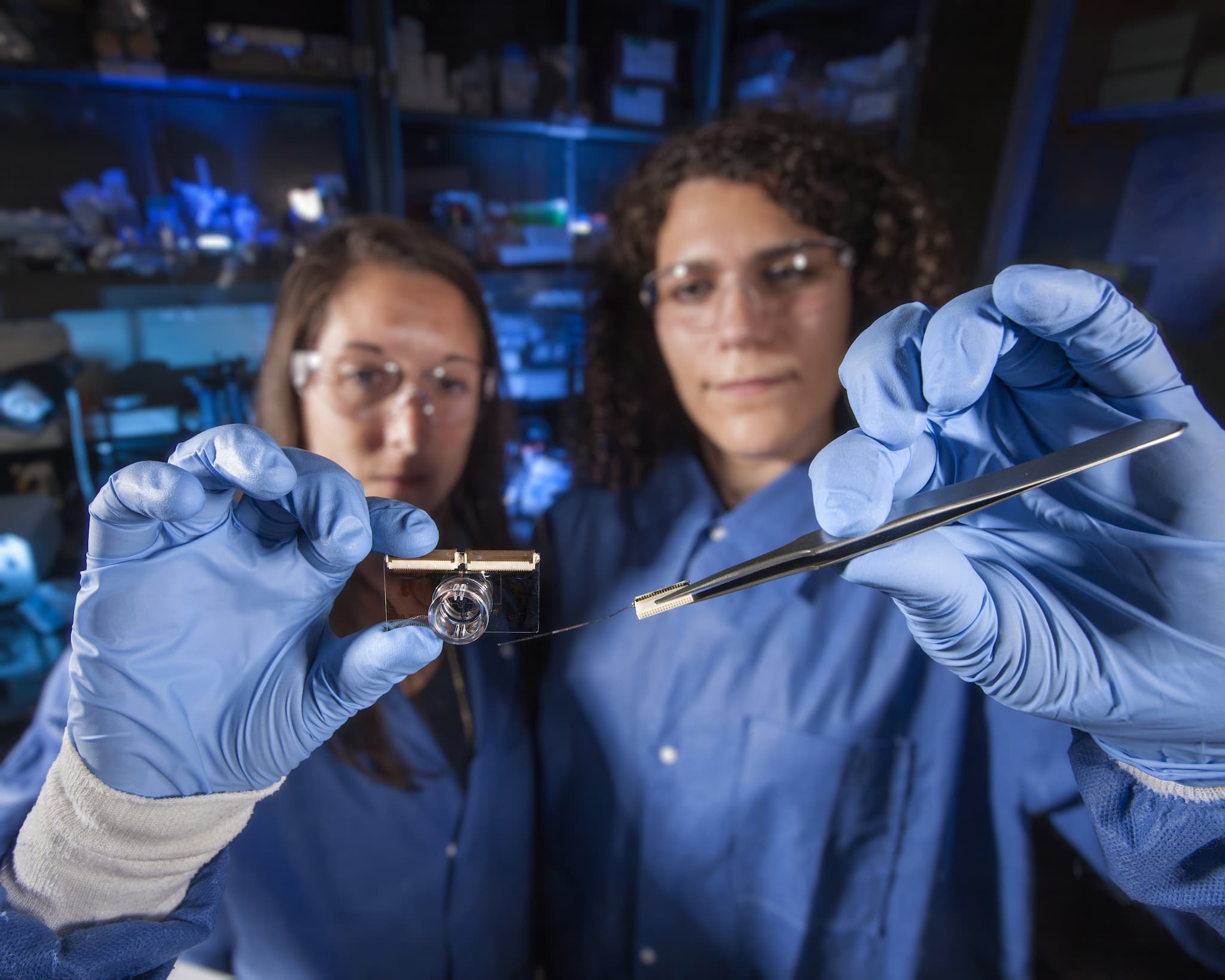 Researchers at the Lawrence Livermore National Laboratory have devised a new use for "brain-on-a-chip" technology: testing the effects of biological and chemical agents on the brain over time. Their research was published in PLOS in November 2017. This work is part of an ever-growing body of research dedicated to developing "brain-on-a-chip" technology in hopes that one day, it may eliminate the need for animal testing.

The so-called brain-on-a-chip is essentially a wafer of semiconductors to which researchers affix a network of nanowires. When brain cells are introduced onto the chip, they can use the nanowire as scaffolding to build functional neuronal circuits that mimic the interconnectivity of neurons in the brain. Once the lattice is constructed, researchers can not only observe the connectivity as-is but study the impact of disease and trauma.

In January 2017, researchers at Harvard’s John A. Paulson School of Engineering and Applied Sciences (SEAS) first made headlines with such a "brain-on-a-chip" device. This chip allowed them to identify the differences between neurons depending on where in the brain they originate from, as well as how those different neurons connect with one another, specifically providing insight into the neurological basis of schizophrenia. Researchers at the Australian National University later refined the nanowire scaffolding technique, developing the first-ever working neuronal circuits.

The latest in brain-on-a-chip applications from LLNL found that the technology can be used to study the impact of long-term exposure to biological and chemical agents on the brain. The team was primarily interested in the kinds of chemical exposures that might be experienced by those in the military — a demographic of patients that are already of interest to neurological study, on account of the prevalence of post-traumatic stress disorder.

In their study, the researchers at LLNL were focused on using their "brain-on-a-chip" to study how brain cells are affected by exposure to a number of chemical agents, and how those agents change the brain over time. The hope is that through a deeper understanding of the mechanisms at play, antidotes, treatments, or preventative efforts could be developed and deployed to troops to help protect them.

The "brain-on-a-chip" device used by the team at LLNL was designed to have custom-built inserts that give them the ability to model different regions of the brain, swapping them in and out to study their interconnectivity as needed. It also lets the researchers shift easily from the “macro world to the micro world,” since they can place multiple cell types in much smaller areas than has ever been possible before.

From there, the team was able to monitor the bursts that occur between brain cells when they communicate — called "action potential patterns" — as well as give them an idea of how that communication changed over time, particularly if the brain were exposed to something that could change those patterns, like a chemical agent.

“Obviously at a high dose, we know exposure is going to be detrimental, but think about the warfighter who is exposed to a low level of chemical for a long time," iCHIP principal investigator Elizabeth Wheeler explained in an LLNL press release. "Using this device in the future, we might be able to predict how that brain is going to be affected. If we understand how it’s affected, then we can develop a countermeasure to protect the warfighter.”

“While we’re not close to the point where we can fully recapitulate a brain outside of the body, this is an important step in terms of increasing complexity of these devices and moving in the right direction,” said co-lead author and LLNL research engineer Dave Soscia in the team's press release. “The idea is that eventually, the community gets to a point where people are confident enough in the devices that the effects they see from putting chemicals or pharmaceutical drugs into the platform environment are similar to the results we would see in the human body.”

“You could mimic someone getting a brief exposure on a battlefield and then look at the neurons over six months and see what happens,” Kris Kulp, LLNL biologist, further explained. “Maybe they recover from that initial exposure, but six months from now they still have some kind of detriment. This is the only kind of system that would allow for that kind of experimentation on human cells.”

The next step in development will be for the team to connect with computer scientists, statisticians and others who can help them analyze and fully model the data that this extraordinary device has provided.

2.07.19
Study Accuses China of Likely Stealing Organs From Prisoners
6.15.18
This Study To Assess How Drinking Affects Our Health Is A Master Class In How To Do Science Poorly
8.30.17
A New Medical Journal Modeled on Turbotax Could Help Doctors Save Lives
7.11.17
Researchers Refute Study That Claims CRISPR Causes Unexpected Mutations
6.22.17
Researchers Discover the Genetic Root of Antibiotic Resistance