There's only one problem. 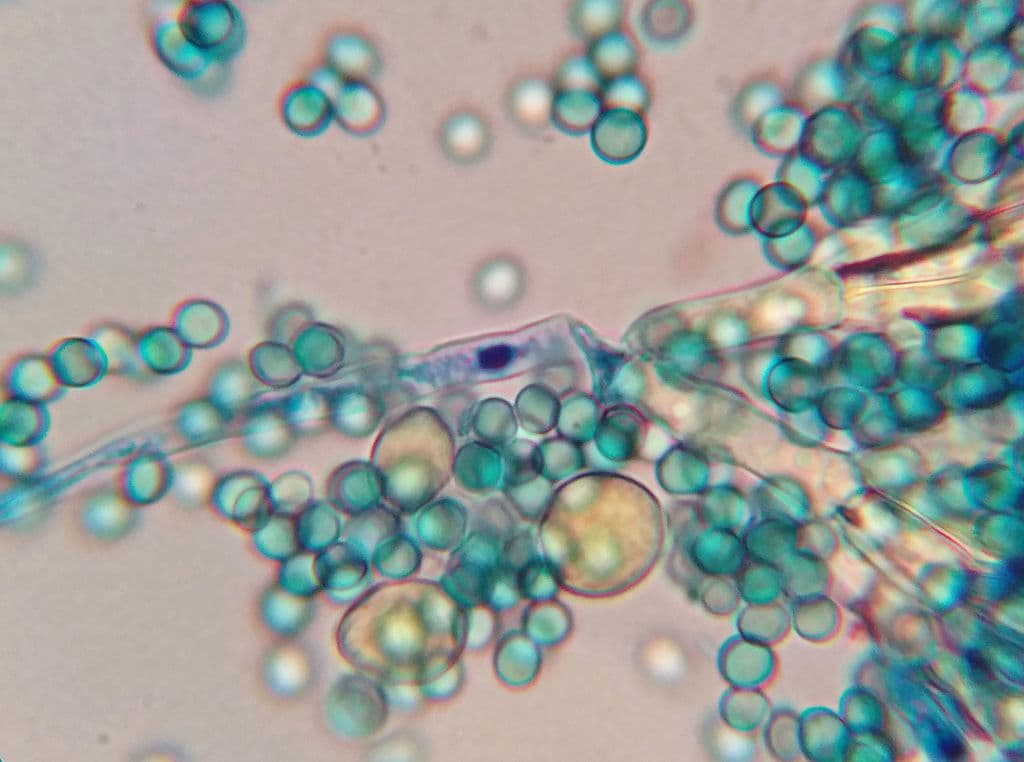 New research has shown the dye methylene blue kills malaria parasites at an unparalleled rate and is safe for human use. In the recent study, which was conducted in Mali by scientists at Radboud University Medical Center, the University of California (UCSF), and the Malaria Research and Training Center (MRTC), malaria patients were treated with a combination of the blue dye and artemisinin-based combination therapy (a fairly standard treatment). Within two days, the patients were cured of malaria and were also no longer able to transmit malaria parasites if they were bitten by a mosquito again.

The research, which will be published in the journal The Lancet Infectious Diseases this week, marks a significant breakthrough in the treatment of malaria. Malaria parasites are growing increasingly resistant to existing drug treatments. When they are effective, current medications still do not prevent the spread of parasites — meaning that even if a patient's symptoms are treated successfully, when they are bitten by another species of mosquito that spreads malaria, it could transmit the disease to someone else.

Malaria can still be transmitted from a person to a mosquito for at least a week using traditional treatment methods. Malarial parasites stay in an infected person's blood for a long time, and while they're there they split into gametocytes — male and female sex cells. When a new mosquito comes along and bites an infected person, they suck in those gametocytes in the person's blood. In the new mosquito, they become fertilized, and when the mosquito bites someone else, the cycle continues, spreading the parasites.

With the addition of the blue dye, researchers saw that they could stop transmission of the parasite in just two days.

Teun Bousema (Radboudumc), who coordinated the study, explained in the team's press release that its ability to prevent the spread of the disease so quickly is what makes methylene blue so promising. Bousema added that the treatment also seems to work well "in species that are resistant to certain medicines."

The researchers have noted just one side effect of using the blue dye. "I have used it myself," Bousema said "and it turns your urine bright blue. This is something that we need to solve because it could stop people from using it."

While the side effect may be strange and could be alarming if patients weren't aware that it could happen, it doesn't appear to be harmful. As Bousema pointed out, if researchers aren't able to suppress the dye's effect on urine, providers who use the treatment will need to communicate the possible side effect, its cause, and explain that it isn't a cause for concern in order to assure it doesn't dissuade patients from starting or completing treatment.

According to the World Health Organization (WHO), each year around the world 212 million people contract malaria and an estimated 429, 000 die. The group of people that most often die as a result of malaria infection are children, specifically those living in Africa. While preventative measures like insecticides and mosquito nets have helped reduce the number of annual deaths by nearly half in the last decade, the spread of malaria continues to take lives.

The new treatment shows promise, and although there are still a few small hurdles (such as the blue urine) that need to be worked out before the dye would become widely available for treatment purposes, having another treatment — especially one that helps prevent the spread of the parasite — could certainly contribute to our goal of eliminating malaria once and for all.

5.31.19
Scientists Splice Spider Gene Into Fungus to Kill Mosquitoes
2.05.19
Hawaii May Ban Cigarette Sales for Anyone Younger Than 100
5.02.18
Google Street View Images Could Help Us Address a Public Health Crisis
2.14.18
Oh, Brother: People Might Not Take This Potential Malaria Drug Just Because it Turns Their Urine Blue
2.03.18
Drug-Resistant Malaria Spread for Five Years Before Officials Reported It