An iPhone 12 Can Temporarily Shut Down Implantable Defibrillators

They're warning that people with implantable defibrillators should avoid keeping a phone in their breast pocket. 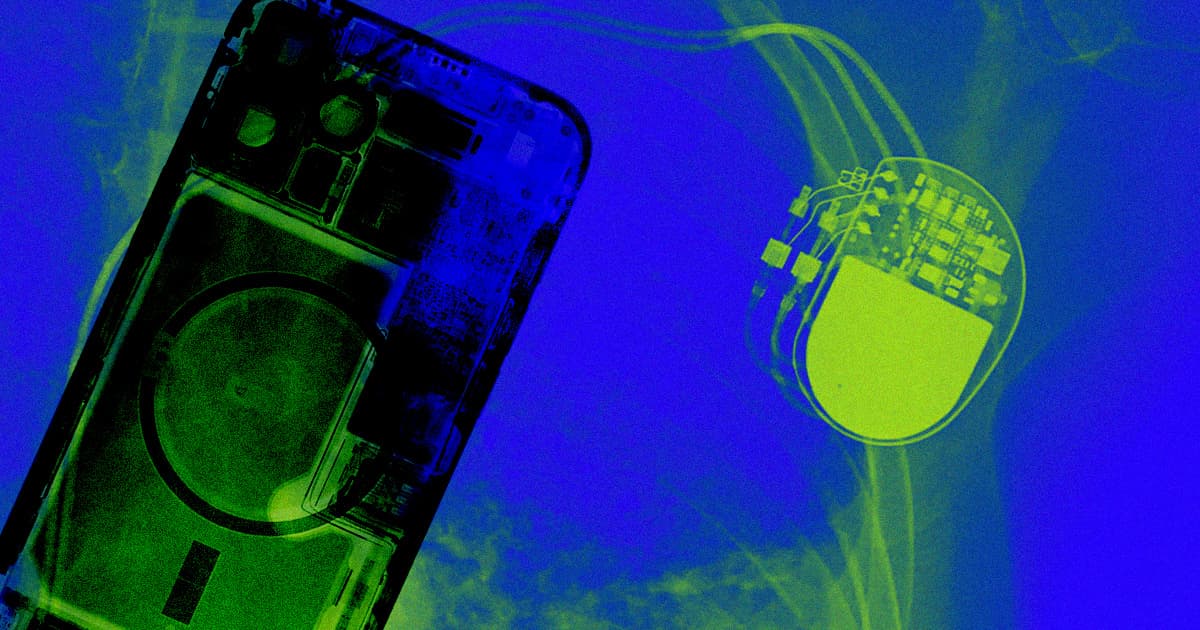 According to a new study published last week in the journal Heart Rhythm, placing an iPhone 12 over an implantable cardioverter defibrillator can shut the lifesaving unit down.

That's due to the magnetic field put out by the Apple device's MagSafe charging technology, a magnetic array on the back of the device designed to make wireless charging easier.

The researchers from the Henry Ford Heart and Vascular Institute found, alarmingly, that the circular array of rare earth magnets around a central charging coil were able to completely suspend the operations of a Medtronic implantable defibrillator.

"Once the iPhone was brought close to the ICD over the left chest area, immediate suspension of ICD therapies was noted which persisted for the duration of the test," the paper reads. "This was reproduced multiple times with different positions of the phone over the pocket."

"We hereby bring an important public health issue concerning the newer generation iPhone 12 which can potentially inhibit lifesaving therapy in a patient particularly while carrying the phone in upper pockets," the researchers conclude in their paper.

Apple has already released documentation admitting that "magnets and electromagnetic fields emanating from their iPhone devices "may interfere with medical devices, such as pacemakers and defibrillators."

In addition, some devices are designed to emit a tone when a magnet is affecting their operation.

What the study doesn't prove, however, is whether it's the iPhone 12 specifically that's causing the issue. Researchers have also found that other devices, like fitness trackers, could have a similar effect on pacemakers, Gizmodo reports.

Editor's note 1/13/21: We've updated this story throughout to clarify that the study found that the iPhone shuts down implantable cardioverter defribrillators rather than pacemakers, which are a different cardiac technology, and that the effect is temporary.

READ MORE: Researchers Find That the iPhone 12 Can Deactivate a Pacemaker [Gizmodo]

More on iPhones: Horrifying hack takes over iPhones just by pointing an antenna at them