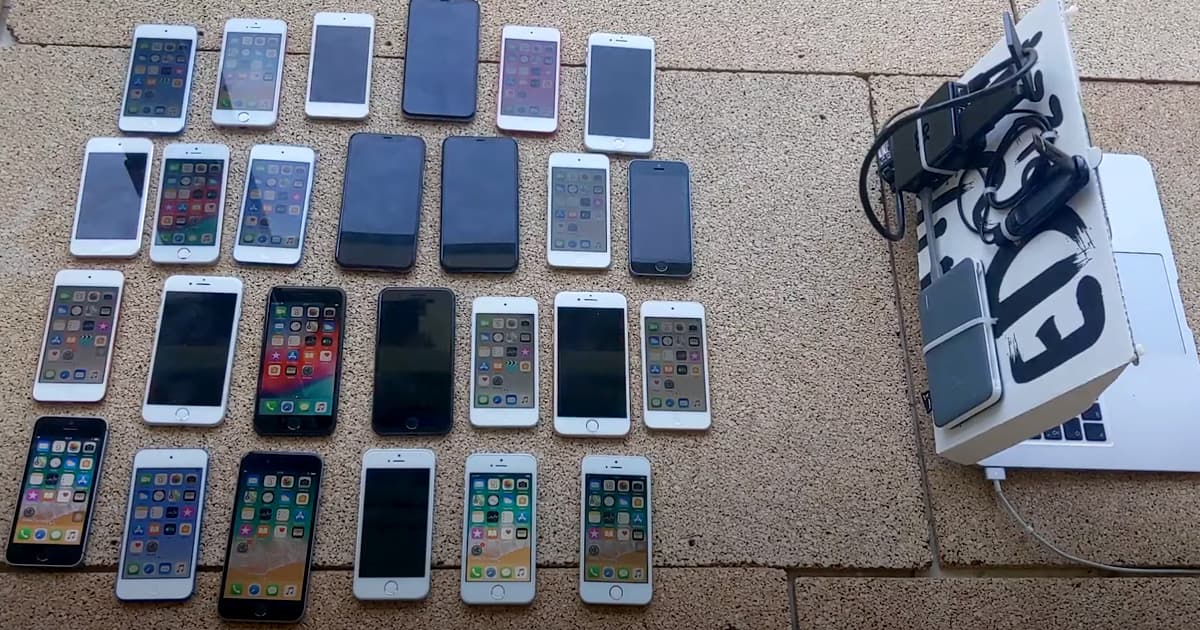 Thankfully, Apple already patched the exploit back in May.

Thankfully, Apple already patched the exploit back in May.

During the coronavirus lockdown, professional hacker Ian Beer, a member of Google's hacking team Project Zero, developed a way to remotely hijack iPhones — simply by pointing a homebrewed antenna at them.

Beer's technique requires only about $100 worth of equipment, Motherboard reports, and granted him total control of whatever phones he targeted. This is Beer's specialty, but the fact remains that his comparatively-simple hack made the iPhone's security measures seem disturbingly trivial.

In an eerie video, Beer hijacks 26 iPhones at once with a single broadcast. The hack sends out a WiFi signal that will work even if the target phones aren't connected to the internet, according to Motherboard.

In a longer and more technically-dense video, Beer explains how the broadcast works and how it can be propagated among iPhones even beyond those that were initially targeted.

"There's something hauntingly beautiful watching all these iPhones die at slightly different times, as they get a WiFi broadcast packet of death," Chris Evans, the original head of Project Zero, tweeted.

Thankfully, Apple fixed the bugs that Beer's hack targets with its May release of iOS 13.5, according to Motherboard, which was released earlier this year. But the hack still poses a security threat, aside from the broader implications of how easily Beer was able to develop it.

Not every iPhone has been updated, and cybersecurity expert "Ray Redacted" warns that iPhones sitting in police custody, previously inaccessible, could be cracked open with an exploit like Beer's.

More on cybersecurity: The FBI Forced A Suspect To Unlock His iPhone With His Face