Apple: Keep Your New iPhone At Least 6 Inches Away From Pacemaker

"As a precaution, we advise patients implanted with cardiac devices to maintain a distance of six inches between all cell phones and their implanted devices." 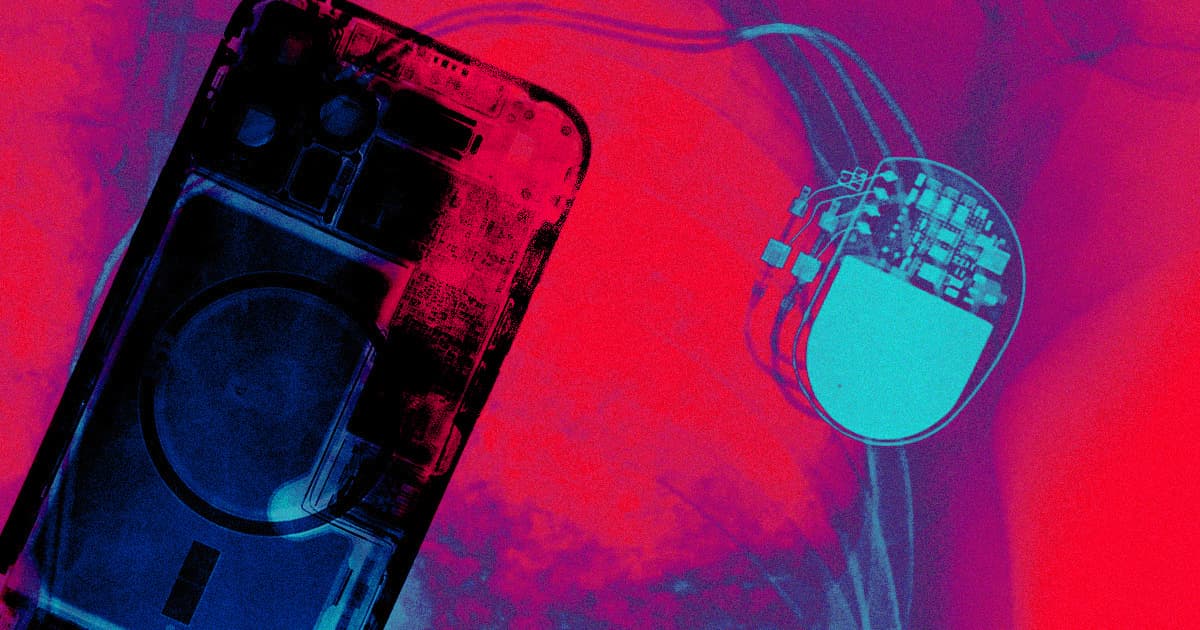 It’s best to keep your MagSafe-enabled iPhone away from your pacemaker or implanted defbrillator during normal use. That’s according to a new support document published by Apple over the weekend, as first spotted by MacRumors.

“Medical devices such as implanted pacemakers and defibrillators might contain sensors that respond to magnets and radios when in close contact,” the document reads. “To avoid any potential interactions with these devices, keep your iPhone and MagSafe accessories a safe distance away from your device (more than 6 inches/15 cm apart or more than 12 inches/30 cm apart if wirelessly charging).”

The news comes after a study published in the journal Heart Rhythm earlier this month found that an iPhone 12 can fully shut down an implantable cardioverter defibrillator (ICD) just by being near it. That’s thanks to a circular magnetic array on the back of the device designed for wireless charging.

“Once the iPhone was brought close to the ICD over the left chest area, immediate suspension of ICD therapies was noted which persisted for the duration of the test,” the paper reads. “This was reproduced multiple times with different positions of the phone over the pocket.”

“As a precaution, we advise patients implanted with cardiac devices to maintain a distance of six inches (15 cm) between all cell phones and their implanted devices, consistent with recommendations for other low wattage electromagnetic devices,” a statement reads.

More on MagSafe: AN IPHONE 12 CAN TEMPORARILY SHUT DOWN IMPLANTABLE DEFIBRILLATORS