This Horrific "Yarn" Is Made From Human Flesh

"We can sew pouches, create tubes, valves and perforated membranes." 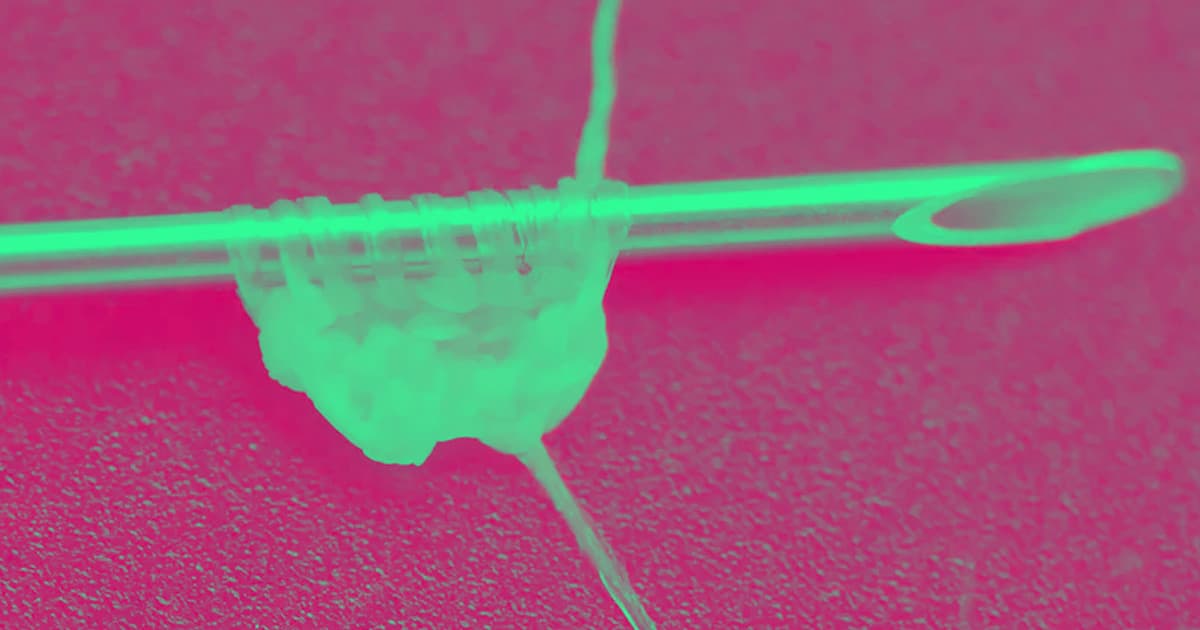 A team of researchers at the French National Institute of Health and Medical Research in Bordeaux have grown yarn from human skin cells that they call a "human textile" — and they say it could be used by surgeons to close wounds or assemble implantable skin grafts.

"These human textiles offer a unique level of biocompatibility and represent a new generation of completely biological tissue-engineered products," the researchers wrote in a paper published in the journal Acta Biomateriala.

The key advantage of the gruesome yarn is that unlike conventional synthetic surgical materials, the material doesn't trigger an immune response that can complicate the healing process, according to New Scientist.

To create it, according to the magazine, the researchers cut sheets of human skin cells into long strips — and then "wove" them into a yarn-like material that can be fabricated into a variety of shapes.

So far, the researchers have used the special yarn to stitch a rat's wounds and help it fully heal over two weeks. They even created a skin graft, using a custom-made loom, to seal a sheep's artery and stop it from leaking.

The work builds on prior research by the same team in which they produced sheets of biomaterial and rolled them into artificial blood vessels.

READ MORE: Yarn grown from human skin cells could be knitted into your body [New Scientist]