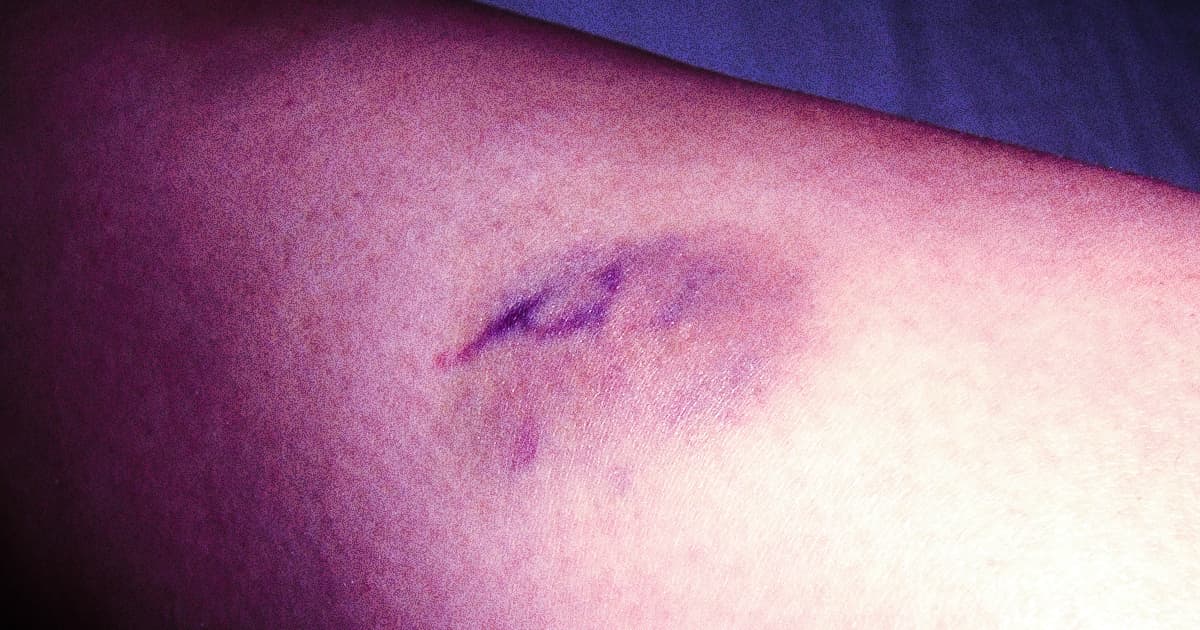 A team of engineers developed a new kind of artificial skin for robots or prosthetic limbs that actually bruises up when it gets hit, providing both a valuable medical tool and a way to check your progress when you're fighting off a killer robot.

Give it a good enough bump, press, or shock and the artificial skin will activate a colorful hydrogel that forms a big purple spot as if it were really bruising — just like you! — according to research published in the American Chemical Society journal Applied Materials & Interfaces.

The Chinese University of Hong Kong engineers behind the artificial skin expect it to be especially helpful for soft robots or people who wear prosthetic limbs and aren't provided with the sensory feedback to know they've bumped into something and potentially hurt themselves or damaged their limb, according to a press release. In other words, this is (supposedly) not just another trick that Terminator-like robots could use to blend in among us unsuspecting humans.

The cool thing about the skin is that it takes sharp pressure to cause a bruise — someone with a prosthetic leg wouldn't have to watch it turn purple and wait the two-to-five hours for the bruise to fade every time they bend their knee to take a step.

For now, the skin seems to be in the proof-of-concept phase. The researchers tested it out by taping a small strip to someone's knee and bumping it against a piece of metal, so there don't seem to be any entire limbs — or undercover killer robots — that are entirely coated in the material just yet. It's also unclear how well the mostly translucent, pale yellow artificial skin will work with different skin tones — for now, the scientists seemed more focused on getting it to work at all before focusing on customization.