Even when bacteria block their messages, these cells are able to raise the immune system's alarm. 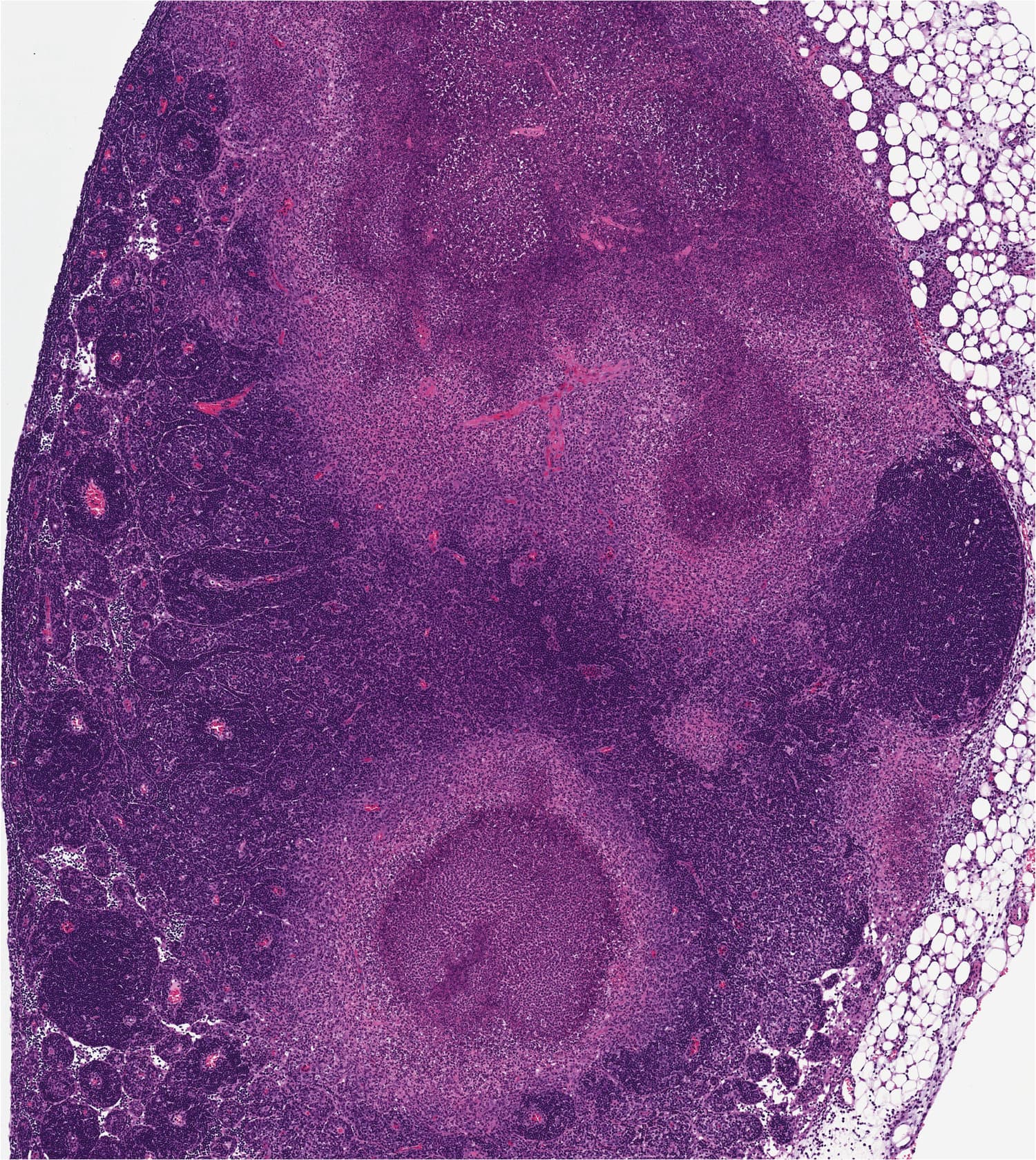 Image by University of Pennsylvania

Researchers have gained new insight into how the human body wards off infection, thanks to a new study of its response to pathogens. According to their findings, dying cells are capable of issuing a warning to their neighbors.

"In the context of an infection, the cells that are dying are talking to the other cells that aren't infected," said Igor E. Brodsky of the University of Pennsylvania, who led the research, in a press release. "I don't think of it as altruistic, exactly, but it's a way for the cells that can't respond any longer to still alert their neighbors that a pathogen is present."

The immune system keeps a close eye on what's going on inside the body, spotting foreign organisms before they're able to cause any problems. However, pathogens have methods of counteracting this process, like emitting proteins that can interfere with immune cells' signalling pathways. Brodsky's group investigated Yersinia, the genus of bacteria that causes the black plague, which can prevent immune cells from signalling by injecting them with special proteins.

However, it's possible for humans and mice to fight off infections caused by the bacteria, as their bodies are somehow able to communicate news of its presence.

To investigate this response, the researchers used a strain of mouse engineered by GlaxoSmithKline that bears a specific mutation of an enzyme called RIPK1.

"RIPK1 sits at a key decision point for the cell," explained Brodsky. "Depending on the stimuli the cells see, this protein can transduce a signal to activate gene expression, programmed cell death, or apoptosis, or it can activate another form of cell death called programmed necrosis."

In the engineered mice, RIPK1 is unable to trigger apoptosis, a form of controlled cell death, when it detects Yersinia bacteria. As a result, the animals perished when they were exposed to the pathogens, even though they would normally be able to fight off the infection.

While it had previously been observed that RIPK1 can prompt cell death, this study offers up an explanation for why this is happening — other cells nearby are being warned of the pathogen's presence. The researchers demonstrated that apoptosis induced by RIPK1 prompts the release of cyokines, the substances created by the immune system, by uninfected bystander cells. Without apoptosis, the cells can't create the inflammatory response that saves them.

Having observed how this process serves to induce cell death, Brodsky and his team are hopeful that the same concepts could be used in cancer treatment. "We could imagine that modifying bacteria that trigger these pathways, or delivering this bacterial protein to tumor cells, could be potentially useful as an anti-cancer therapeutic," he said.

Moving forward, there are plans to investigate the way that infected cells send messages to bystanders, and which molecular pathways play the biggest role.

Image by University of Pennsylvania

5.15.18
No, Seriously, We May Finally Have a Drug to Beat the Common Cold
3.04.18
Researchers Are Developing a New Cancer Vaccine Using Virus-Like Particles
1.08.18
New Swallowable Sensor Could Transform Our Understanding of the Human Gut
12.26.17
NIH Officially Lifts Ban on Research Studying Germs with Pandemic Potential
9.22.17
Researchers May Have Discovered a New Way to Kill off Cancer Cells