Doctors Might Have to Hook Four Patients to the Same Ventilator 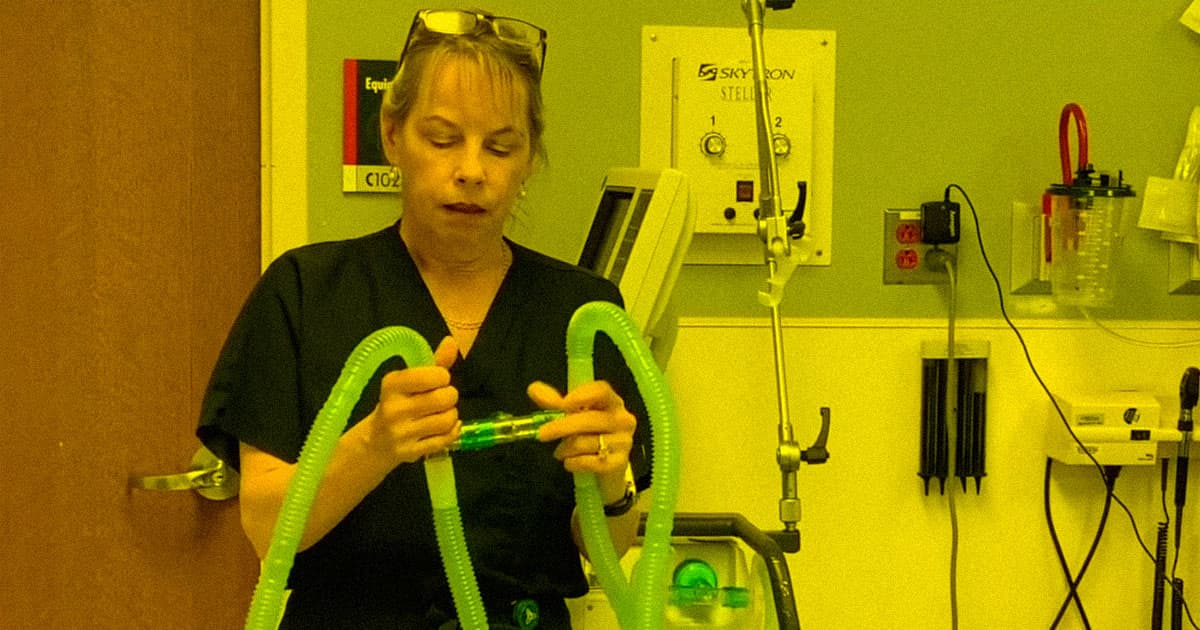 As hospitals treating coronavirus patients get overwhelmed by the sheer numbers of new cases, doctors find themselves making difficult choices over who to treat with ventilators and who to send home.

These horrifying decisions are already being made in Italy, and Motherboard reports that the same thing could potentially happen in the U.S. as find themselves with more severe cases of COVID-19 than they do ventilators to treat them.

One doctor, Charlene Irvin Babcock, who works as an emergency medicine doctor in a Detroit hospital, recently posted a YouTube video showing how one ventilator’s tubes could — theoretically — be split to treat four patients at once. But she told Motherboard that the technique, which she developed in 2006 along with a colleague named Greg Neyman, hasn’t been properly tested and there’s no guarantee that it will work on coronavirus patients.

The actual methodology isn’t too difficult — it’s mainly a matter of using splitters to divide a ventilator’s tubes into different branches. But it’s never been tested on live patients, so Babcock couldn’t confirm to Motherboard that it would help anyone.

“Let’s say 10 people are dying in front of you and you have one ventilator. That’s a tough call,” she told Motherboard. “I would talk to the family of the four best candidates and say, ‘Look, I could let three of you die or I could try all four, [but] we’re rolling the dice. It hasn’t been done before. And if it doesn’t work, we’re going to have to take three off, but this is probably the only chance they have of trying to survive.”

More on COVID-19: The Rich Are Trying to Buy Their Own Ventilators, in Case Everything Collapses