The Rich Are Trying to Buy Their Own Ventilators, in Case Everything Collapses

They'd rather live — even if it means you'll die. 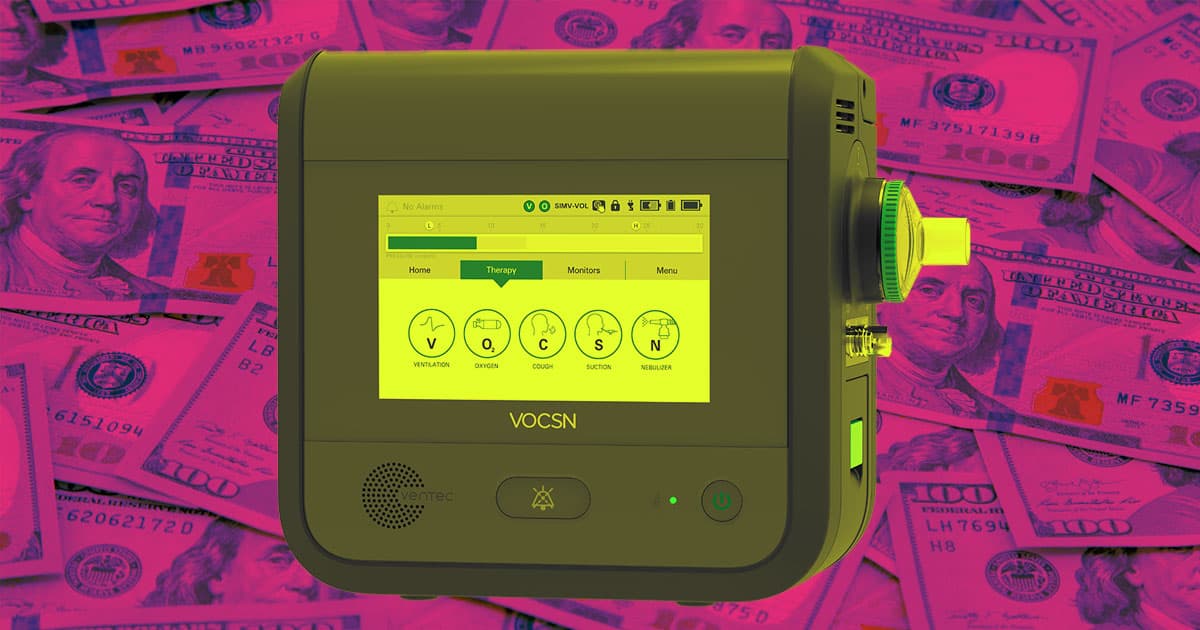 Buried in an alarming New York Times story about a looming shortage of lifesaving ventilators is this horrifying detail (emphasis ours):

For days, [exec of ventilator maker Ventec Chris] Kiple said, he has been getting nonstop phone calls from frantic hospital administrators, governor’s offices and other government officials looking for more machines. He’s even received inquiries from a number of wealthy individuals hoping to buy their own personal ventilators, a fallback plan in case the American hospital system buckles.

That's right — the rich are so worried that the medical system will collapse under the strain of the runaway outbreak that they're buying up ventilators,  in case they happen to get so sick that they need them.

Unspoken in the Times is a brutal implication. Most of those jetsetters won't even need the ventilators, since most COVID-19 cases are mild enough that they don't require hospitalization. And that means that each ventilator obtained as a backup plan for a terrified plutocrat won't end up in a health care facility — meaning a patient, or multiple patients, could die.

In a lesser crisis, snapping up livesaving medical supplies would be just gauche. But experts are almost certain, according to the Times, that there's going to be a critical shortage of ventilators as the disease continues to spread.

"The reality is there is absolutely not enough," Hamilton Medical CEO Andreas Wieland told the Times. "We see that in Italy, we saw that in China, we see it in France and other countries."

The phenomenon of rich scoundrels snapping them up is even more troubling when you compare it to the selfless efforts of others to get more ventilators into the medical system.

In Italy, for instance, local business are helping 3D print parts to keep ventilators running. A swathe of open source efforts have cropped up to try to build DIY ones. Even the enigmatic Elon Musk has offered to use his resources at Tesla to build some.

Hopefully the rich won't find a way to hoard those too.