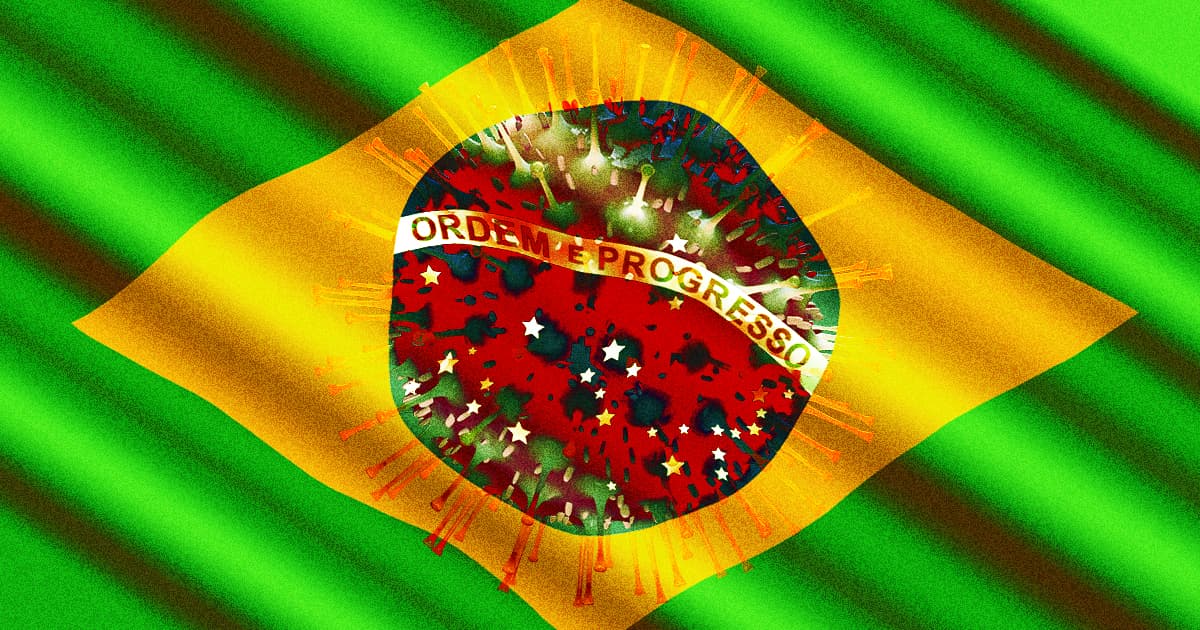 Brazil is in particularly rough shape as it battles an ongoing second wave of its COVID-19 outbreak.

While the number of new daily coronavirus cases is slowly trending downwards, the country still confirms upwards of 70,000 new infections every day. Faced with that crisis and the proliferation of the P.1 variant that first emerged there, government inaction in Brazil actually threatens the rest of the world, Duke University neurobiologist Miguel Nicolelis argues in a Scientific American op-ed.

Nicolelis, who led a scientific task force that advised Brazilian state governments on their pandemic response, points to the fact that the P.1 variant — which may potentially be able to resist some COVID-19 vaccines and reinfect coronavirus survivors, based on preliminary data — has already spread to dozens of other countries while the situation within Brazil worsened. Over time, Brazil's healthcare system became overwhelmed and deaths began to climb. In his op-ed, Nicolelis went as far as comparing that chain reaction of global spread to a "biological Fukushima," referencing the Japanese nuclear power plant that was destroyed by an earthquake in 2011.

"In the middle of all the horror and suffering triggered by this still-unfolding human tragedy, the federal government and, in particular, the president of Brazil, has done virtually nothing to mitigate the situation," Nicolelis wrote.

He specifically called out Brazilian President Jair Bolsonaro's adamant support for snake oil treatments like hydroxychloroquine, his active attempts to reduce mask usage and social distancing, and his failure to secure vaccine doses for the country.

"Bolsonaro, who now faces more than 100 calls for impeachment and a legislative inquiry into his performance, has become the greatest ally of Sars-CoV-2, not only in Brazil but around the world," Nicolelis wrote, "a true Public Enemy No. 1 in the global fight against the COVID-19 pandemic."

In the meantime, Nicolelis called for intervention from the World Health Organization and perhaps even the United Nations Security Council to help turn things around. And if that happens, he said, the Brazilian government would need to either help or stay out of the way.

More on the Brazilian coronavirus variant: Five Coronavirus Variants That You Should Know About

Image by Jorono via Pixabay / Futurism