COVID Patients Tell Doctor Coronavirus Is Fake, Then All Die

A pulmonologist who previously wrote about combative patients says most have now died. 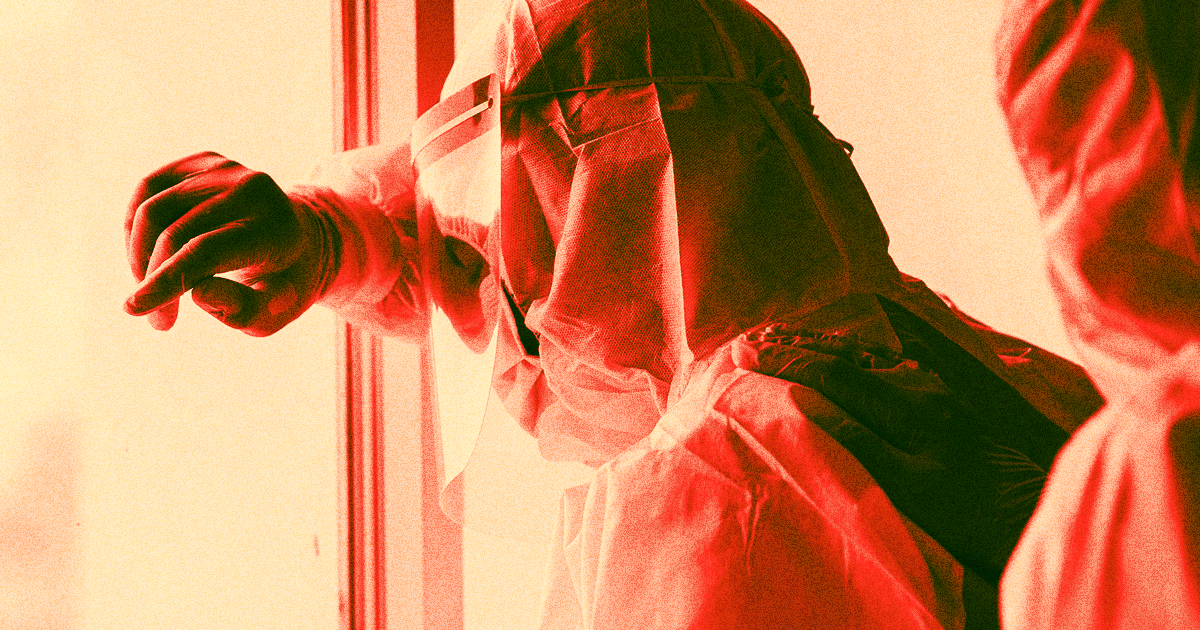 Earlier this month, Michigan pulmonologist Matthew Trunsky wrote a Facebook post about eight of his COVID-19 patients, all in critical condition, who berated him and other healthcare workers, denied proper treatment, and otherwise spouted the sort of nonsense conspiracy theories or repeatedly-debunked coronavirus misinformation that's spread as rampantly as the disease itself.

Now, two weeks later, six of the eight are dead, Trunsky told The Washington Post, and the other two remain in critical condition.

The following quotes, Trunsky wrote on Facebook, came from those patients.
1) "You’re wrong, doctor. I’m too healthy. I don't have COVID. I'm fine."
2) "I demand ivermectin or you'll hear from my lawyer."
3) "I demand hydroxychloroquine."
4) "I don’t care what you say. I’m going to leave."
5) "I'd rather die then take the vaccine."
6) "I didn't take it because my son told me it would kill me."
7) "I want a different doctor. I don't believe you."
8) From a woman whose husband died of COVID, "I would never feel comfortable recommending the vaccine for family and friends."
"Of course the answer was to have been vaccinated — but they were not and now they’re angry at the medical community for their failure," Trunsky wrote in his post, speaking of the outrage that he and other medical workers have had to endure from their unvaccinated patients.

Trunsky told WaPo that his post was also meant to double as a plea for anyone who still hasn't to finally take the COVID vaccine in hopes of saving more lives and keeping more patients from flooding into intensive care units, where staff members are reaching their breaking points.

"We are physically tired as a whole, me included, and we are emotionally exhausted," Trunsky told WaPo. "I don't think a week goes by that I don't see someone pass away."

Some of his unvaccinated patients now regret foregoing the life-saving shot — like one new mother who avoided the vaccine due to unfounded concerns about how the vaccine might affect her newborn. For what it's worth, data suggests that both pregnant and nursing women can safely get vaccinated.

Regardless of why his patients turned down the vaccine, Trunsky told WaPo that "they are paying the price, and they are getting mad at us."

READ MORE: Doctor who has lost over 100 patients to covid says some deny virus from their deathbeds: 'I don't believe you' [The Washington Post]

More on anti-vaxxers: Man Punches Nurse For Giving his Wife the COVID Vaccine "Without his Consent"