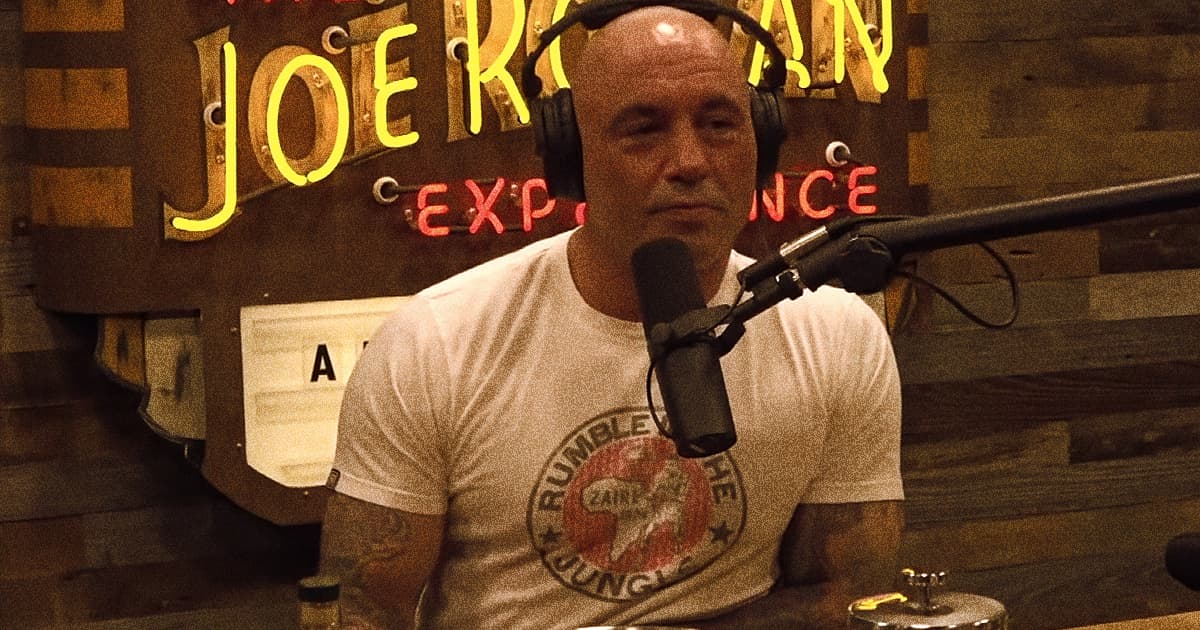 It's a hard bar to clear, but former "Fear Factor" host and current podcaster Joe Rogan seems to have made his worst — or at least most widely criticized —take yet. And now he's backing down, sort of.

The vaccines currently approved for use in the United States have done tremendous work protecting people from the coronavirus. New COVID-19 infections, hospitalizations, and deaths have declined considerably since the vaccine rollout began, and it's because of that success that the country may get to see some return to normalcy in the near future. But last week, Rogan spread dangerous medical misinformation to his massive audience of fans, incorrectly stating that healthy 21-year-olds shouldn't bother with the vaccine because they don't need it.

Now, Rogan has issued an important and surprisingly factual clarification:  "I'm not a doctor, I'm a f*cking moron," he said on this Thursday's episode, according to Axios. "I'm not a respected source of information, even for me… But I at least try to be honest about what I'm saying."

Rogan was widely criticized not only for the utter wrongness of his take, but also for his selfishness.

"You're talking about yourself in a vacuum," Dr. Anthony Fauci told NBC on Wednesday, addressing Rogan's comments. "You're worried about yourself getting infected and the likelihood that you're not going to get any symptoms. But you can get infected, and will get infected, if you put yourself at risk."

But of course, even when conceding that he is, in his own words, "a f*cking moron," Rogan still managed to double down on his misinformation.

"I'm not an anti-vax person," Rogan said on his new episode. "I said I believe they're safe and I encourage many people to take them. My parents were vaccinated. I just said that if you're a young, healthy person that you don't need it."

Needless to say, it is the exact same conversation. Getting vaccinated not only protects the individual from the coronavirus, but it also helps protect the people around them, including their more vulnerable family, coworkers, and neighbors, by helping eliminate possible vectors of infection from their lives.

And any public figure who urges their massive audience — especially one as impressionable as Rogan's — to opt out of lifesaving public health measures is a danger to society.

More on Joe Rogan: The Most Far-Out Statements From Elon Musk's Wide-Ranging Interview with Joe Rogan