"To make progress on all the fronts that we need to as a society, we have to bring the brain online." 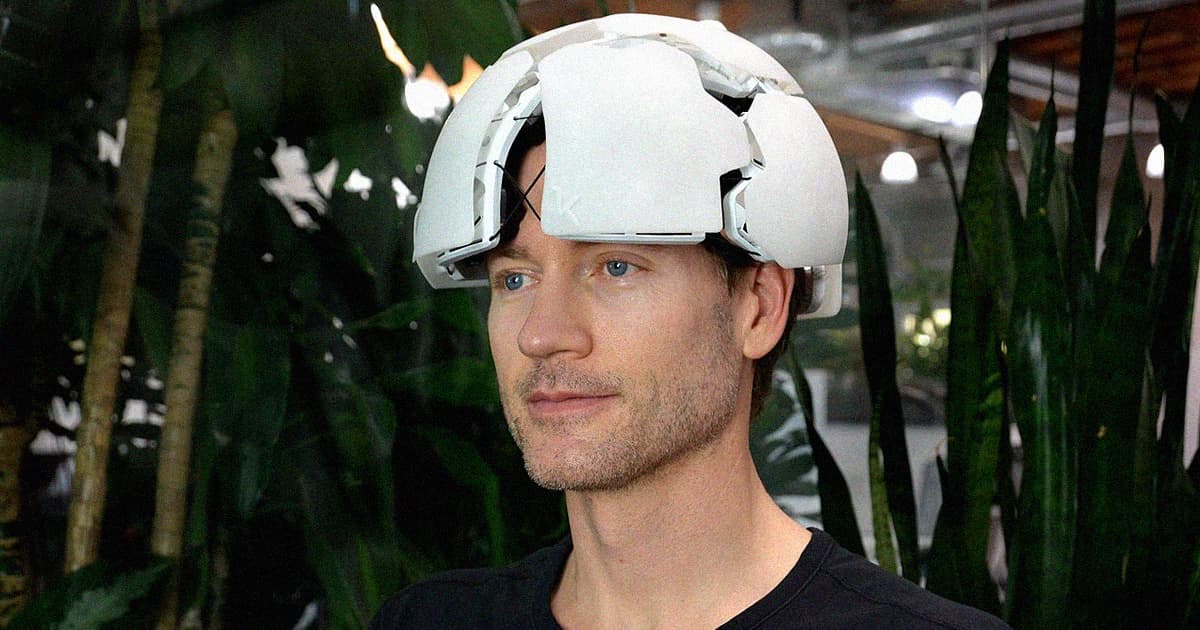 California-based startup Kernel is about to start shipping a $50,000 helmet that can analyze neurons being fired in someone's brain to dozens of customers across the US, Bloomberg reports.

In other words, a helmet that can, at least to a small degree, read your mind.

The technology behind it may have been around for many years, but so far, devices like it have often been as big as rooms and cost millions to set up.

Kernel is hoping to democratize the technology by miniaturizing and commercializing it. A smaller device can also open new doors for researchers as trial participants are able to move around freely.

The company's futuristic-looking "Flow" brain interface can record real-time data and "establish precise patterns of brain activity" using lasers, according to the company's website. All the user has to do is plug it to a computer via a USB-C cable.

Kernel's other helmet, called "Flux," can measure "the speed of neurons in real-time," and provide access "to the intricate brain activity underlying functions such as arousal, emotion, attention, memory, and learning," the company claims.

It's unclear which of the two helmets goes for $50,000 and what the price of the other helmet is.

In addition to Elon Musk's Neuralink and even Facebook, it's yet another sign that private companies are increasingly motivated to get inside and understand what goes on inside people's brains.

Researchers could use data collected by the likes of Kernel's helmets to study brain aging, mental disorders, strokes, and even what goes on inside the brain during a psychedelic trip, according to Bloomberg.

"To make progress on all the fronts that we need to as a society, we have to bring the brain online," Kernel CEO Bryan Johnson told the media company.

The Flow helmet works by sending lasers through the skull to record brain activity — rather than having a computer chip implanted inside your brain, as is the case for Neuralink.

While a helmet is less invasive, it's also not as accurate and is more likely to be confused by external electrical interference.

The Flow device can measure changes in blood oxygenation levels, while Flux uses a process called "magnetoencephalography," a neuroimaging technique for mapping brain activity by recording the brain's magnetic fields.

The first customers to receive the helmets include brain research institutions and other companies who want to better understand what goes on in their customers' heads.

According to Bloomberg, Johnson wants to eventually sell a device like Flow for the price of a smartphone, allowing everybody to get better insights into their mental health.

Whether a mobile mind-reading helmet will be able to do just that remains to be seen.

READ MORE: Can a $110 Million Helmet Unlock the Secrets of the Mind? [Bloomberg]

More on mind-reading devices: The US Army Is Developing Tech That Reads Soldiers' Minds