In China, Drones Are Yelling at People About Coronavirus [UPDATED]

"The coronavirus is very serious... Run!!" 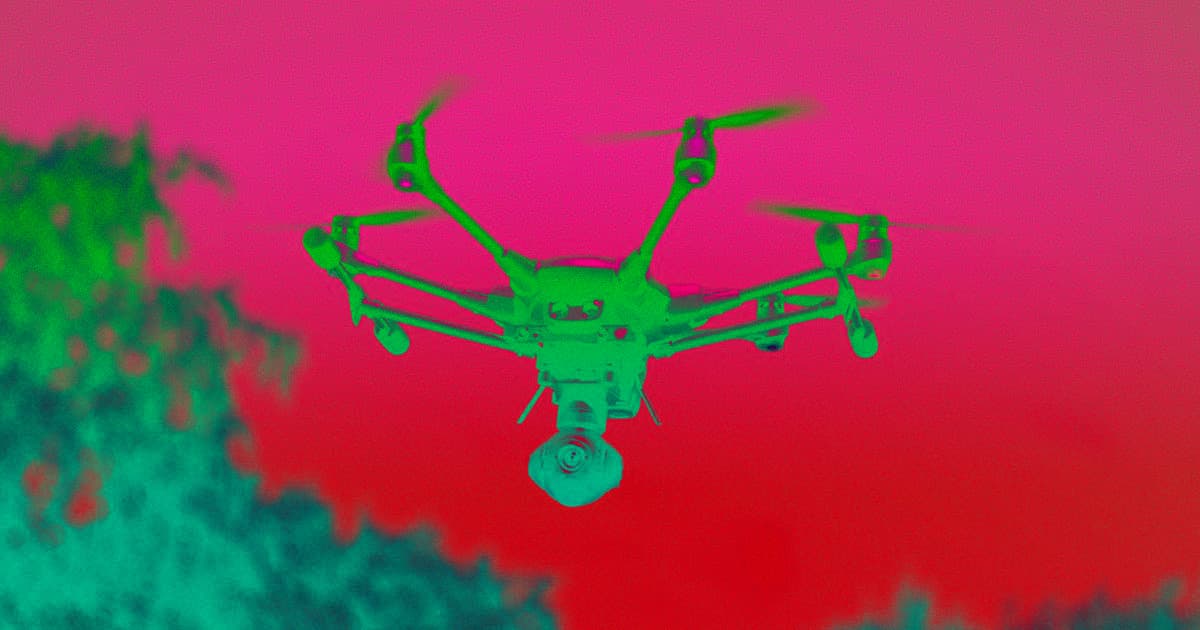 It's not clear who's operating them, but drones in China are reportedly searching for people walking around without masks and using loudspeakers to loudly urge them to stay home.

A video on the stated-owned newspaper Global Times shows a woman dressed as a police officer talking into a walkie talkie, seemingly broadcasting messages through a drone to warn of imminent danger due to the coronavirus 2019-nCoV.

Details, though, remain hazy, and the Global Times video contains little in the way of explanation. Podcaster Carol Yin wrote on Twitter that at least part of the video appears to be a Chinese influencer rather than an official authority.

The amount of misinformation regarding #coronarvirus is driving me crazy.

The person operating the drone is a civilian, an influencer with 200k follower online, NOT the police.

Regardless, the clip is bizarre — it shows drone footage tailing an older woman while chiding her through a speaker to stay home unless she wears a mask, then switches to similar warnings given to other residents. The last person the drone admonishes in the footage is a small child.

"The coronavirus is very serious… Run!!" read the translated subtitles.

The virus has spread to every region of China since the first cases were confirmed in December, and now over 200 people have died as a result.

Editor's note 1/31/2020: This article has been updated to reflect uncertainty regarding about who is behind the drone videos.

More on 2019-nCoV: WHO Declares The Coronavirus Outbreak a Public Health Emergency