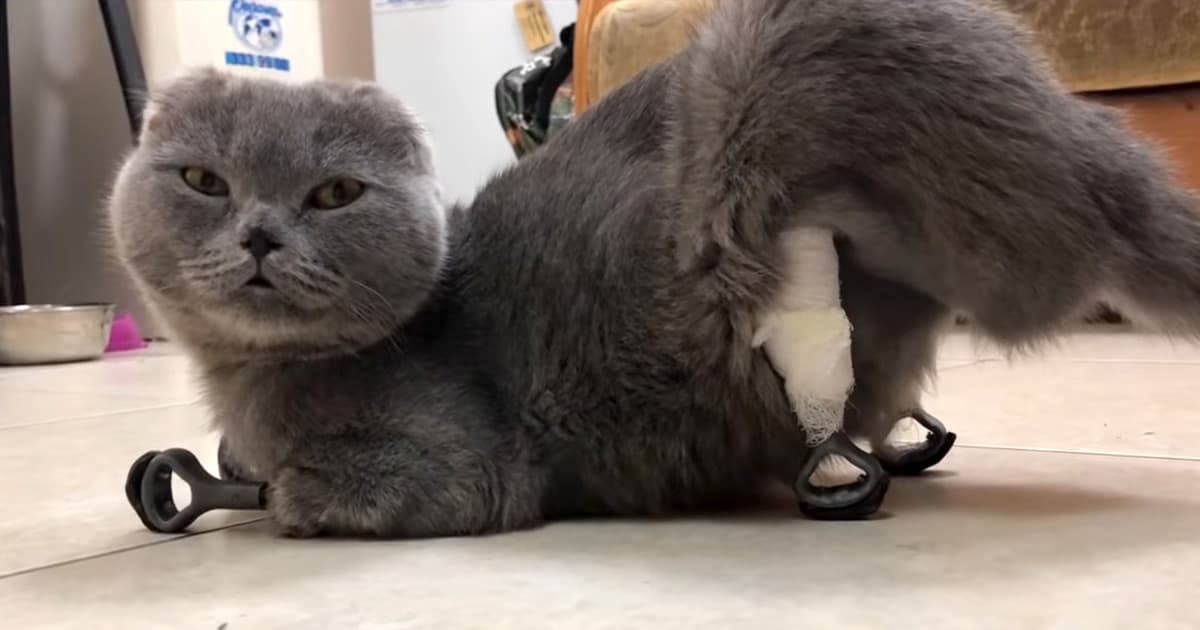 With the help of a local university, Russian veterinarian Sergei Gorshkov 3D printed four titanium prostethics to allow a four year-old cat named Dymka to walk again after all four of her paws had to be amputated due to frostbite.

Dymka isn’t the first cat to receive bionic paws. A male cat called Ryzhik, who also lost his paws from frostbite, received the same treatment by the same clinic.

“Thus, Dymka became the second cat in the world with prostheses of all four limbs,” a Tomsk Polytechnic University statement read, as quoted by the New York Post. “The cat’s new front and rear paws have an individual model that was printed using titanium on a 3D printer.”

Out in the Cold

First, they used CT scans of Dymka’s legs to model the titanium legs, which they 3D printed and surgically attached to her stumps, completing the cyborg kitty aesthetic with grippy black “feet” on each end.

Dymka is now happily living with the woman who first found her in the snow, The Moscow Times reports.