A $100 Breathalyzer Can Tell if You’re Sneaking Carbs

The Keyto combines the keto diet with vaping in public. 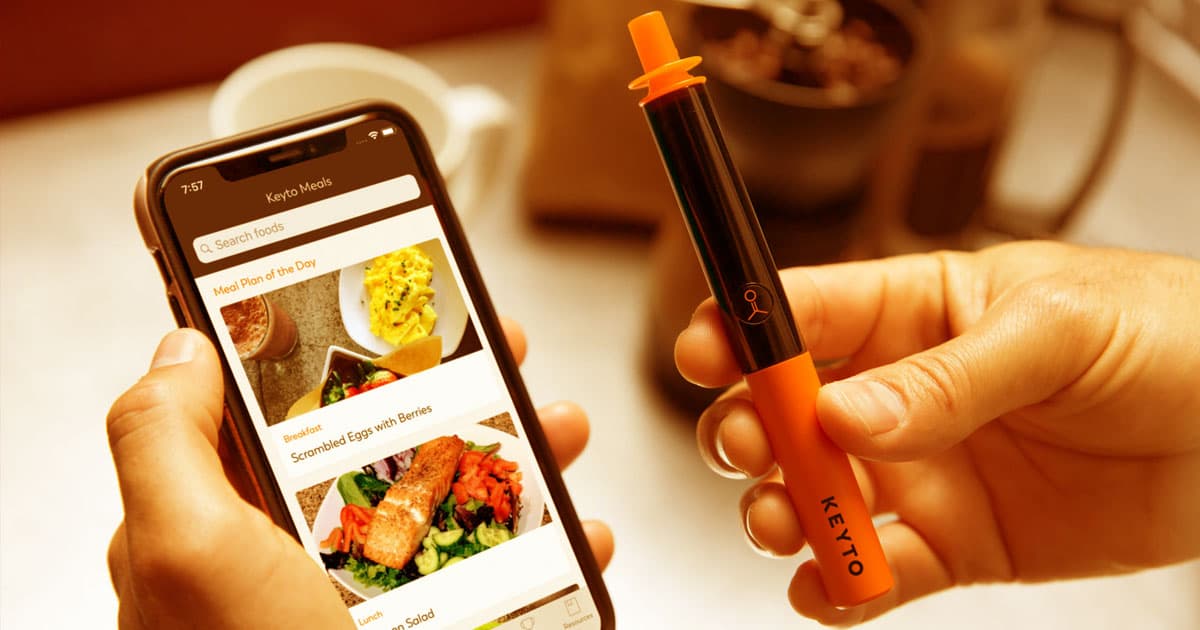 A new breathalyzer called the Keyto can help health enthusiasts stick to the trendy ketogenic diet, which foregoes carbs to burn off stores of fat.

The breathalyzer picks up on different compounds found in the gut when digesting fat instead of carbs, most notably acetone, according to Business Insider. Then it gives users a score ranging from “not in ketosis” to “deep ketosis” — offering a much easier way to track the diet than existing alternatives like blood or urine tests.

BI data editor Walk Hickey tested out the Keyto. He said that the device couldn’t detect a carb-heavy snack right after he ate it, but that it did pick up on dietary changes like when he ate cake at a wedding versus when he stuck to his day-to-day keto recipes.

“Aesthetically you look like someone taking a large hit from a vape pen but doing a particularly bad job of it,” Hickey told BI. “Which isn’t the best look, but is decidedly not the worst.”

It’s worth noting that the diet definitely is not for everyone. Ketogenesis is the body’s last-resort way to burn fuel when it thinks it’s starving — the diet involves sustaining that state for as long as possible.

Keto may spike dieters’ cholesterol, per BI, and may impact their cardiovascular health — it’s worth doing your homework before jumping into any fad diet.

READ MORE: A $100 keto breath-sniffing device can help dieters know if they’ve been eating too many carbohydrates [Business Insider]

More on breathalyzers: Cheap Drug Breathalyzers Are On The Way, If We Can Figure Out How To Use Them

2.01.22 Developments
NYPD Cop Investigated for $1.5 Million Scheme to Sell Fake Vaccine Cards
7.29.19
The Keto Box Delivers Low-Carb, Keto-Friendly Snacks Right to Your Door
6.18.19
This NAD+ Supplement Takes the Fight Against Aging to the Cellular Level
6.10.19
The World’s Most Advanced Gut Microbiome Test is Changing Our Approach to Gut Health
5.01.19
FDA: Ambien Is Making People Kill Themselves While Asleep