Ambrosia Is Back to Selling Transfusions of Young People’s Blood

What is dead may never die. 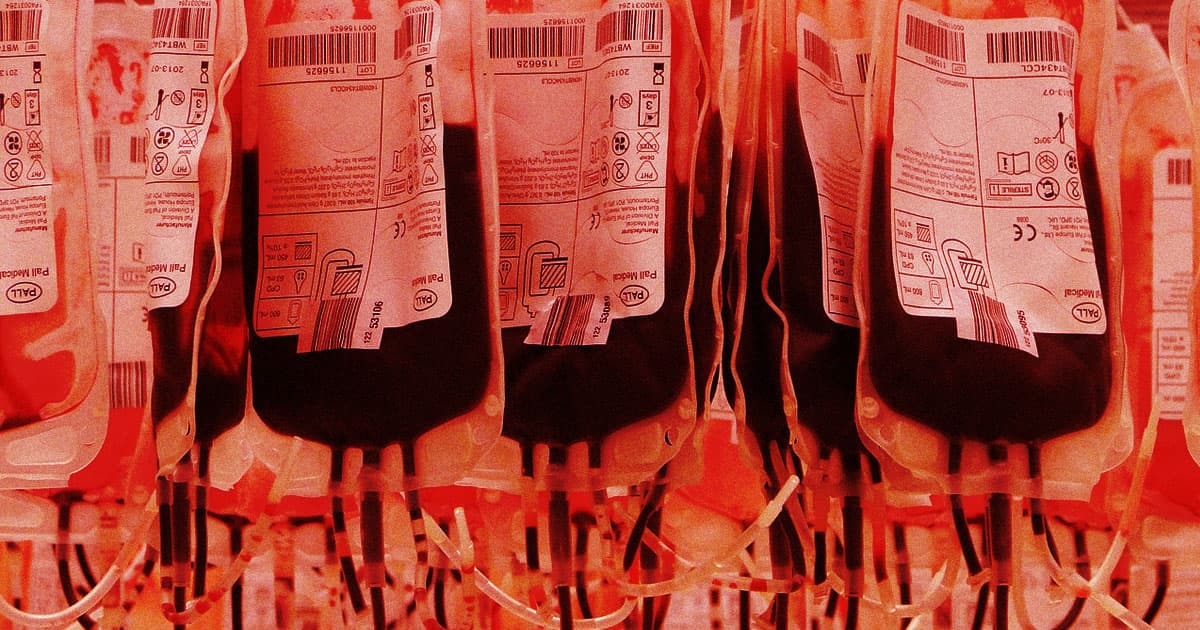 Ambrosia Health is back.

Following a brief shuttering — and then a rebranding effort during which it was known as Ivy Plasma — the “young blood” clinic has gone back to its roots: selling plasma sourced from the blood of 16- to 25- year-olds to healthy patients who believe the transfusions can give them ill-defined health benefits.

“People really like the Ambrosia name and brand, so Ambrosia is going to continue,” Ambrosia founder and young blood advocate Jesse Karmazin told OneZero. “The resounding response from people wanting to sign up was, ‘keep things the same.’ So that’s what we’re going to do.”

With the return to its original branding, Ambrosia is also embracing a new business model.

When it was Ivy Plasma, the clinic offered transfusions in San Francisco and Tampa. It since shuttered the clinic in Tampa, but Karmazin told Futurism that Ambrosia will ship plasma directly to any customer’s doctor so they can get their dose of young blood without having to fly to California.

“We use overnight shipping to deliver the plasma to patients’ doctors‘ offices, and provide training for the doctors to infuse it,” Karmazin told Futurism last month. “This way, the number of patients we are able to serve has increased dramatically. I don’t operate a blood bank.”

Ambrosia’s checkered, on-again-off-again status was spurred by an FDA statement issued in February in which the regulatory agency warned that transfusions of young blood didn’t have any of the health benefits — especially enhanced youthfulness, improved longevity, or reversed memory loss — that advocates claimed it did.

Because of the FDA warning, Karmazin’s clinic offered off-label treatments when it resurfaced as Ivy Plasma. That meant that customers could get their treatments if they desired, but they did so at their own risk and then-Ivy Plasma wasn’t legally permitted to claim it would do them any good.

That practice continues today in the newly rebranded Ambrosia, according to OneZero. But the clinic’s updated website includes more details about the treatment.

“Our treatment has been found to produce statistically significant improvements in biomarkers related to Alzheimer’s disease, cancer, inflammation, and stem cells in our clinical trial,” the website reads. “Patients have reported subjective improvements in athletics, memory, skin quality, sleep, and other areas.”

When asked whether the FDA’s rules had grown more lenient, Karmazin told Futurism he had consulted with the agency as well as “a number of lawyers” and wasn’t worried about the claims made on his website.

“I’m comfortable with going ahead and offering this treatment commercially to patients,” he told OneZero.