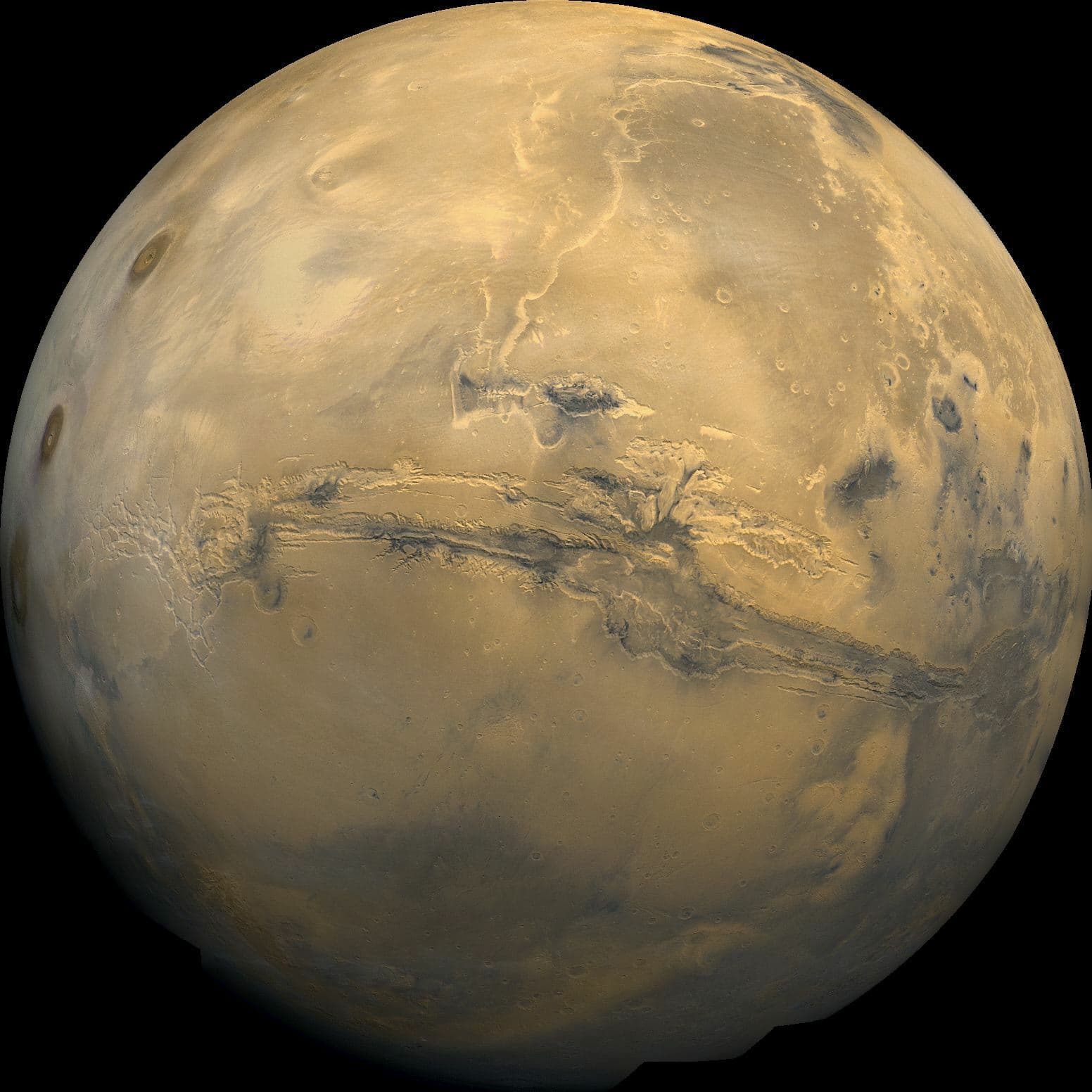 Since 2012, Curiosity has been exploring the Red Planet, studying its soil and looking for signs of water and long-extinguished forms of life. In the most recent revelation, the rover has now sampled soil that was marked as "an area of interest" by the Mars Reconnaissance Orbiter (MRO).

The mineral — Hematite, a form of iron-oxide — was first spotted by one of the MRO's instruments, the 'Compact Reconnaissance Imaging Spectrometer for Mars' (CRISM), when NASA was still scouting a landing site for Curiosity. In fact, the site they did choose, Gale Crater, was chosen based on the possibility it would harbor hematite.

Hematite is known to form when another mineral, magnetite, has been exposed to oxidizing conditions (basically, just another day on Mars), perhaps prolonged exposure to primordial water would do the trick.

The CRISM sample was found to contain magnetite, hematite and another mineral named olivine, all in various oxidization states. This has lead researchers and scientists to suggest there is an oxidation gradient through the rock sample; one that may have been used by microbes for an energy source.

In another example, after a sample of rock was collected from the base of Mount Sharp (in the outcrops dubbed "Pahrump Hills"), its dust was lowered into CheMin, which conducts X-ray diffraction for detecting the chemical fingerprints of minerals that have formed inside the rock.

However, the vast majority of samples have come from "Yellowknife Bay" (located on the plain leading up to the base of Mount Sharp). Despite their proximity, the Yellowknife Bay samples appear markedly different from the Mount Sharp drill samples, suggesting the two locations had different environmental conditions when the rocks were forming. In Yellowknife Bay, we've since learned it use to be lake bed, with clay minerals still present inside uncovered rocks – minerals that were detected by MRO's CRISM instruments.

The sample drilled from Confidence Hills contains more hematite than the Yellowknife Bay samples, suggesting more oxidation is involved. Ultimately, the clay demonstrates that Mars was once wetter than it is now and that it has the potential to be wet again. The fact that water has, at one point in time, been prevalent on Mars ups the odds of microbial life existing in the past, the very foundations that brought life in such great variety here on Earth.

It has since been reported the detection of hematite provide the ground evidence initially assumed by the orbital data, connecting evidence from ground data to orbital hypothesis, providing a tool for NASA to further their understanding of the environmental conditions that breed hematite. This, in turn, might give us insight into how to we can make the planet habitable for humans.

“This connects us with the mineral identifications from orbit, which can now help guide our investigations as we climb the slope and test hypotheses derived from the orbital mapping,” said Curiosity Project Scientist John Grotzinger, from the California Institute of Technology.

“We’ve reached the part of the crater where we have the mineralogical information that was important in selection of Gale Crater as the landing site,” said Ralph Milliken, a member of Curiosity’s science team. “We’re now on a path where the orbital data can help us predict what minerals we’ll find and make good choices about where to drill. Analyses like these will help us place rover-scale observations into the broader geologic history of Gale that we see from orbital data.”

The collaboration between robotic ground analysis tools, and our orbiting instruments press the need for human boots on the ground. These findings also show that there's much left to learn about the Red Planet.

[su_divider text="Go back to top" size="2"] For related reading, see how two years on Mars has affected the Curiosity rover here.