NASA's Mars Lander Refuses to Die Even Though It's Supposed To

The little lander that could is on its last legs, but it hasn't let go just yet. 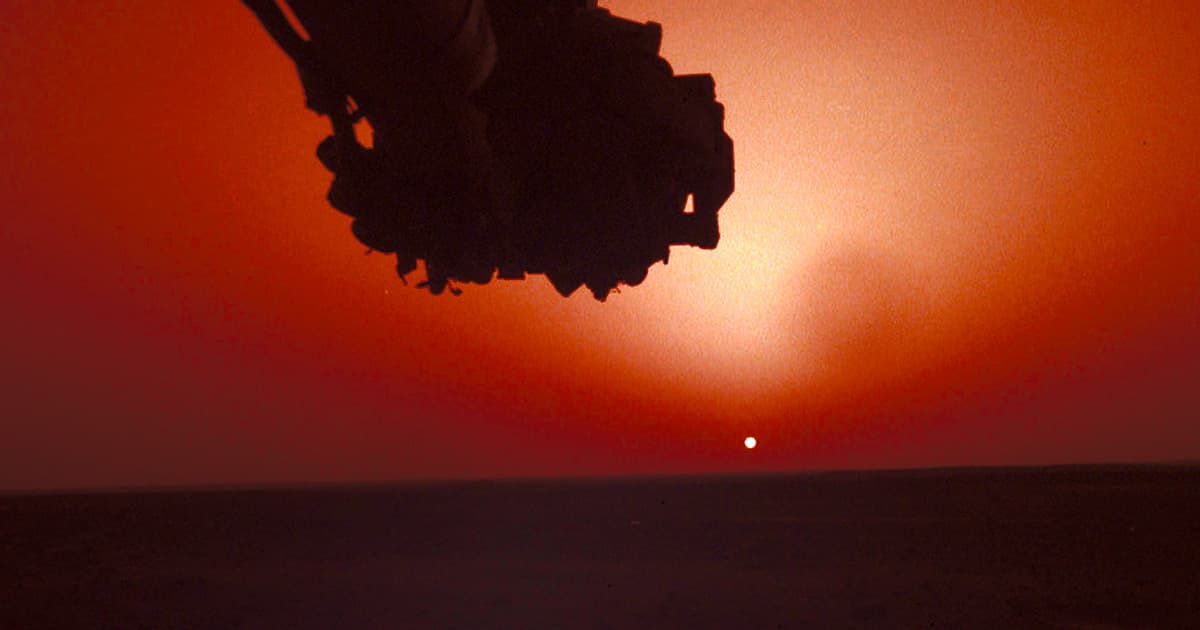 The brave little Mars lander that could is keepin' on keepin' on — even though it was supposed to die months ago.

NASA has expected its InSight Mars lander to die for more than a year now, but as Space.com reports, a series of strokes of good luck have helped the plucky spacecraft stay alive.

Since as early as June 2021, NASA has been preparing for the beloved lander's demise, with experts predicting back then that it would peter out by this past spring. But by May, NASA had pushed its demise back again, with an updated prediction that it would be finished by the end of summer — or, if that didn't pan out, by the end of this 2022.

But operations updates and serendipity have kept InSight alive through it all.

"Since [2021], we have changed our operations a little bit and we have also had a bit of Mars weather that's lucky for us, because we haven't been having any big dust storms or anything," Chuck Scott, InSight's project manager at CalTech and NASA's Jet Propulsion Laboratory, told Space.com.

Mars is currently in the middle of a dust storm season that would usually knock out a lander like InSight, as dust collects on its solar arrays and forces it to go without power. But according to Scott, this dust storm season on the Red Planet has been unusually calm.

"We were kind of expecting that there would be some regional dust storms and that would cause a problem for us," the InSight project manager told the space website. "But in looking at the weather this year, the people that forecast that Mars weather, they are believing that we're not going to see any regional storms still for another couple of weeks."

In spite of the balmy-for-Mars weather, however, InSight is nevertheless in the robotic version of palliative care , with its operators on Earth reprogramming it to die peacefully instead of going into safe mode. Scott said that since it first landed in 2018, InSight's power production has decreased incrementally and is now at a mere one-tenth of its original capacity. Every time a storm hits, "it'll go down," the project manager said — and eventually, one of those storms will take it out completely.

"It'll get to a point where the battery will fail," he added, "and there'll be no way for it to reboot itself."

InSight's fans may not have much longer to marvel at the little lander that could, but it's miraculous that it's held on for this long — and that itself is a feat worth celebrating.

More on Mars: Humans Have Already Left a Staggering Amount of Trash on Mars