That Cocktail Napkin? It Could Tell You If Someone Laced Your Drink.

The more you kno. 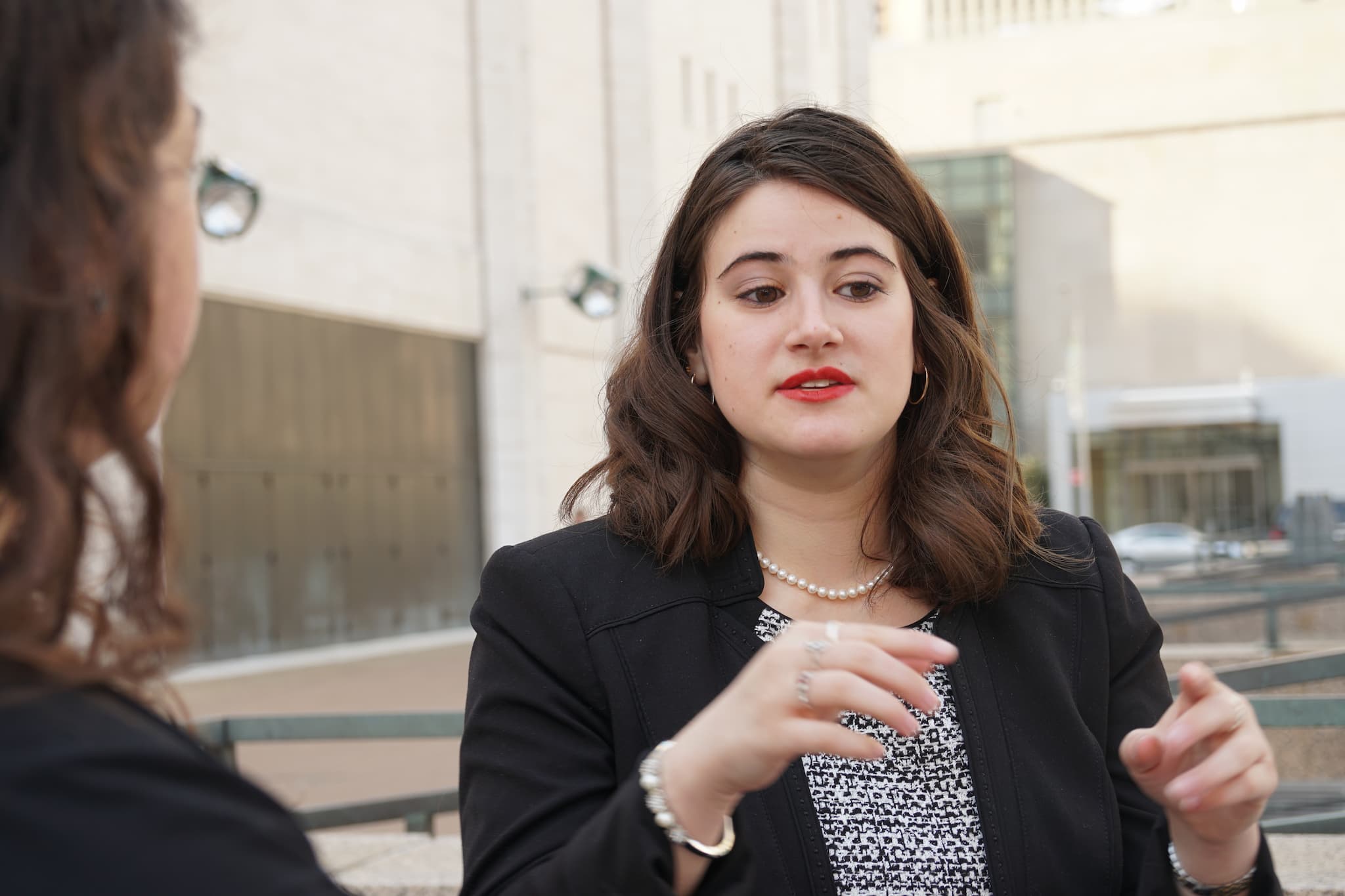 Danya Sherman had an unsettling experience studying abroad in Spain in 2016. A friend, another international student, spiked her drink. She doesn't say much about what happened next, except that "the situation was exploited."

Unfortunately, experiences like Sherman's are common. About 1 in 13 college students report being drugged, according to a 2016 study. Most are women, and 80 percent of those drugged say they experienced "negative outcomes" such as sexual assault, blacking out, and getting sick.

But that's where Sherman's story diverges from the typical. She decided to use the experience to start a company called Kno-Nap (for know-napkin), a discrete napkin that changes color to indicate if a drink has been spiked. She is the founder and CEO of the company, which has grown to a staff of about seven in the past year and a half.

"I want to create a tool to empower individuals, women and men, in social settings to calm that drug facilitated assault, and I find that there is an intersectionality between consumer products and technology that can work in the future to empower individuals," Sherman tells Futurism in a conversation outside the Women in the World Summit, where Sherman was recognized as a Toyota Mother of Invention, on Saturday.

"70 percent of assaults occur between two people that know each other. With that in mind, we wanted to create a product that empowered people so that you don't have to choose between social comfort and your own welfare," Sherman adds.

Kno-Nap, by Sherman's description, is incredibly intuitive to use. Its material is sensitive to rohypnols (one of the most common types of date rape drugs). All you have to do is take a small drop of your drink. In two minutes, if rophypnols are present, the napkin will change color, sort of the way a pregnancy test does. And you'll be able to tell if your drink is safe to consume.

Since starting her company, Sherman hasn't been afraid to change the product that will ultimately work best to fulfill her mission. She started with a stir stick, but had to drop it due to regulatory complications (what would happen if the stick contaminated a drink?), so Kno-Nap was born. "I didn’t fall in love with the product, I fell in love with mission," Sherman said on stage at the summit.

"I like to stress that my company's not a napkin company, we are a safety company," Sherman tells Futurism.

Kno-Nap isn't on sale yet, though when it is, it will cost about the same as a regular napkin. But Sherman doesn't want individual patrons to have to worry about carrying their own Kno-Naps around. She wants bars and restaurants to use them as the industry standard, so that customers have to opt out if they don't want to use them. She also hopes to partner with universities to make Kno-Naps available to students, too, like putting them out wherever they've already done so with condoms.

The company will launch a Kickstarter over the summer, Sherman predicts, and hopes to get the first wave of Kno-Naps on the market a year after that.

Read This Next
Futurism
Uber's CEO Knows We Need Equality To Move The World Forward
More on Future Society
I Silence Thee
Jan 28 on futurism
Leaked Messages Seem to Show Elon Musk Using Twitter to Punish His Enemies
Gas Giant
Jan 27 on the byte
Journalist Eats Lab-Grown Chicken, Gets "Weirdly Gassy"
Musk Rats
Jan 26 on the byte
Twitter Is Quietly Re-Suspending the Lunatics Elon Musk Let Back On
READ MORE STORIES ABOUT / Future Society
Keep up.
Subscribe to our daily newsletter to keep in touch with the subjects shaping our future.
+Social+Newsletter
TopicsAbout UsContact Us
Copyright ©, Camden Media Inc All Rights Reserved. See our User Agreement, Privacy Policy and Data Use Policy. The material on this site may not be reproduced, distributed, transmitted, cached or otherwise used, except with prior written permission of Futurism. Articles may contain affiliate links which enable us to share in the revenue of any purchases made.
Fonts by Typekit and Monotype.