MIT Scientists Create Smart Window that Can Shut Out Light

This smart window has energy-saving properties, too. 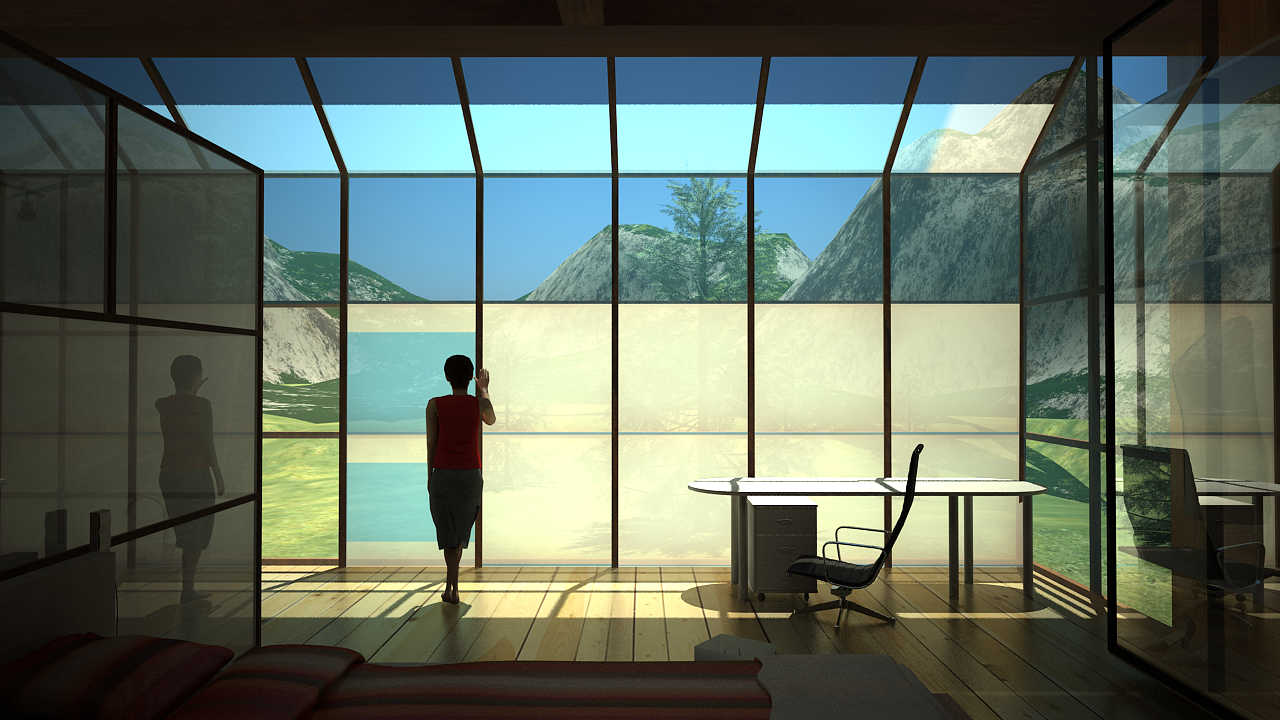 Three researchers at the Massachusetts Institute of Technology (MIT) have developed a self-shading window that switches quickly from transparent to dark.

Electrochromic materials have been used in windows of the Boeing 787 aircraft, although they also take a few minutes to change color.

In their paper published in the journal Chem, the MIT team reported that they were able to make the process work faster by using a porous compound called metal-organic frameworks (MOFs), which can conduct electrons and ions at high speeds, allowing for a quick overall reaction speed.

The research team had worked on MOFs in their prior studies and had made a material that could turn from clear to shades of blue or green. In order to accomplish a coating that can turn from clear to almost black, they blended two complementary colors (green and red).

While most existing eletrochromic materials require continuous voltage input to work, this smart window — once it has changed its color — can maintain its state with little to no power, and will only need electricity to turn it back to its former state (clear or opaque).

Mircea Dinca, the MIT professor of chemistry of the trio, said in a statement that "the new windows have the potential to do much more than just preventing glare. These could lead to pretty significant energy savings by drastically reducing the need for air conditioning in buildings with many windows in hot climates. You could just flip a switch when the sun shines through the window, and turn it dark, or even automatically make that whole side of the building go dark all at once."

Read This Next
Futurism
MIT Engineers Develop Glowing Plants Using Nanoparticles
Futurism
MIT Has Developed a Robot that Can Find the Leak in Any Pipe System
Futurism
More Than Human: Scientist is Building Animal-Like Machines to Save Lives
Futurism
New Artificial Muscles From MIT Bring HBO's Westworld Closer to Reality
Futurism
MIT's New Imaging Method Could Let You Read Closed Books
More on Robots & Machines
Robot Arm News
Yesterday on the byte
European Space Agency Shows Off Concept for Martian Sample Picker-Upper
From the Dept. of...
Yesterday on futurism
The Best Desk Lamps of 2023
Robot Ridicule
Jan 28 on the byte
Hilarious Video Shows Boston Dynamics Robot Failing Horribly
READ MORE STORIES ABOUT / Robots & Machines
Keep up.
Subscribe to our daily newsletter to keep in touch with the subjects shaping our future.
+Social+Newsletter
TopicsAbout UsContact Us
Copyright ©, Camden Media Inc All Rights Reserved. See our User Agreement, Privacy Policy and Data Use Policy. The material on this site may not be reproduced, distributed, transmitted, cached or otherwise used, except with prior written permission of Futurism. Articles may contain affiliate links which enable us to share in the revenue of any purchases made.
Fonts by Typekit and Monotype.