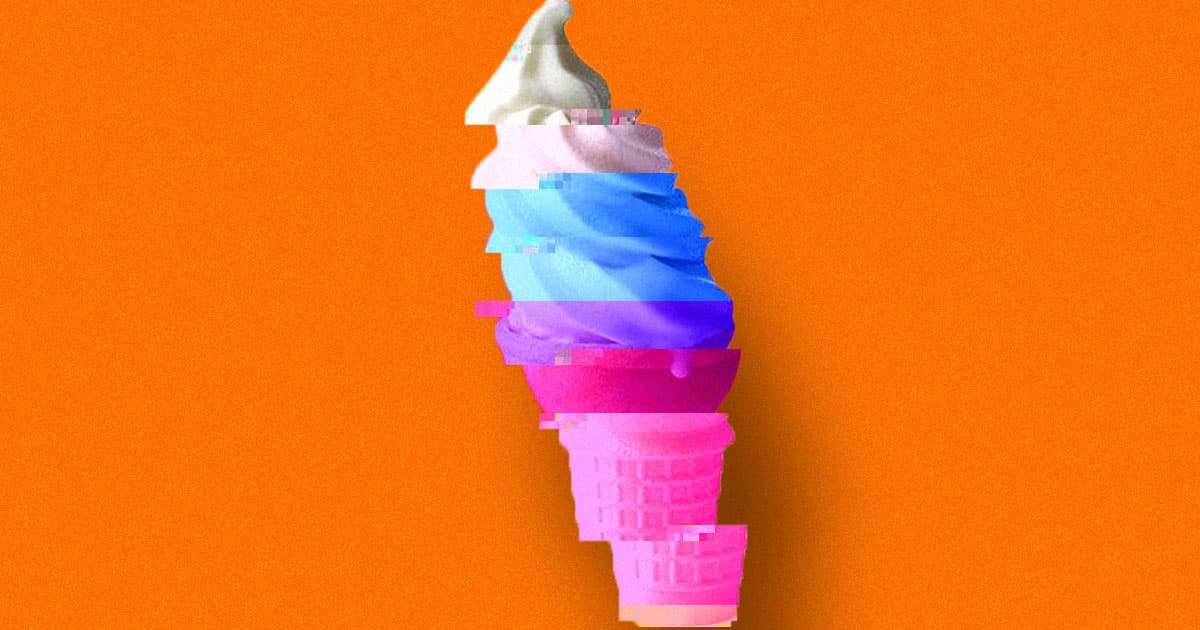 It looks like McDonald's ice cream machines are gonna stay broken for the foreseeable future.

Earlier this week, the tiny ice cream tech startup — yes, that's a thing — Kytch filed a lawsuit against the burger giant for a whopping $900 million in damages after the fast food megalith demanded its franchisees pull the Kytch's small gadget, meant to track when the machines were about to break, from its ice cream makers.

The complaint, which has been in the works for months as the fight between this David and Goliath pair heated up, is full of tongue-in-cheek references to the fast foodier's malfunctioning soft serve machines as it alleges that McDonald's defamed Kytch when forcing franchises to remove the two-person startup's bespoke ice cream hacking device from its equipment.

"McDonald’s is best known for its world-famous burgers, fries, and broken [ice cream] machines," Kytch's complaint reads. "The problem is so widespread that even the McDonald’s communications team has tweeted about the issue."

In the emails McDonald's sent to franchisees in late 2020, the company warned that Kytch's device was both intercepting "confidential information" — yes, they do mean confidential ice cream information — as well as causing potentially "serious human injury." Those warning, Kytch alleges, weren't just false — they were also, the suit alleges, a smokescreen to cut out the much-smaller middleman.

Indeed, the emails corporate sent to franchisees about the device, which were quoted in the suit, also promoted a newer ice cream machine with similar features sold by Taylor Company, which makes kitchen products for McDonald's.

"They've tarnished our name," Kytch cofounder Melissa Nelson told Wired. "They scared off our customers and ruined our business. They were anti-competitive."

"McDonald's had every reason to know that Kytch was safe and didn't have any issues," she added. "It was not dangerous, like they claimed. And so we're suing them."

Per emails between McDonald's and Taylor revealed in discovery, the fast food giant was seemingly obsessed with figuring out how to retcon Kytch's "solution," which connects to the internet and reports real-time operations data about the ice cream machines it connects to back to franchisees.

McDonald's was very "hot and heavy" about Kytch, Taylor president Jeremy Dobrowolski wrote in one of the discovery emails. After corresponding with the fast food giant, another exec at the ice cream machine manufacturer noted that they were "a bit in shock" at the strength of McDonald's anti-Kytch stance.

The fast food company has maintained from the start that there was "no conspiracy," as it told Wired when the story first broke in 2021, against Kytch — but according to the startup, McDonald's warnings about its technology extended far beyond franchisees, with the company allegedly advising Coca Cola and Burger King not to buy Kytch products.

This debacle is already as messy as a rapidly-melting McFlurry, and it's both exciting to watch a small startup take on a corporation as giant as McDonald's and — let's be honest, to imagine what other kind of foodfighting — will occur in this debacle.

And on the other side of the McD's ice cream drama: Scientists Create Synthetic Tooth Enamel That's Stronger Than Real Teeth

Read This Next
Brands We Love
The Internet of Things Is the Future and This Training Can Help You Master It
Johnson Unhinged
5 Insane Quotes From Boris Johnson's Bizarre UN Speech About Tech
Futurism
A New $15 Billion Project Is Set to Utterly Transform Our World
Futurism
A Smart Home Device Successfully Reported an In-Progress Crime
Futurism
By 2020, There Will Be 4 Devices for Every Human on Earth
More on Future Society
Musk Rats
Yesterday on the byte
Twitter Is Quietly Re-Suspending the Lunatics Elon Musk Let Back On
Going Wireless
Wednesday on futurism
Hackers Took Over a Subdomain of Wired.com for Several Months and Replaced It With Sleazy Online Casino Content
Spreadsheet Guy
Tuesday on the byte
Sam Bankman-Fried Posts Excel Docs That He Says Shows Nothing Was His Fault
READ MORE STORIES ABOUT / Future Society
Keep up.
Subscribe to our daily newsletter to keep in touch with the subjects shaping our future.
+Social+Newsletter
TopicsAbout UsContact Us
Copyright ©, Camden Media Inc All Rights Reserved. See our User Agreement, Privacy Policy and Data Use Policy. The material on this site may not be reproduced, distributed, transmitted, cached or otherwise used, except with prior written permission of Futurism. Articles may contain affiliate links which enable us to share in the revenue of any purchases made.
Fonts by Typekit and Monotype.