How Many People Have Ever Walked The Earth? 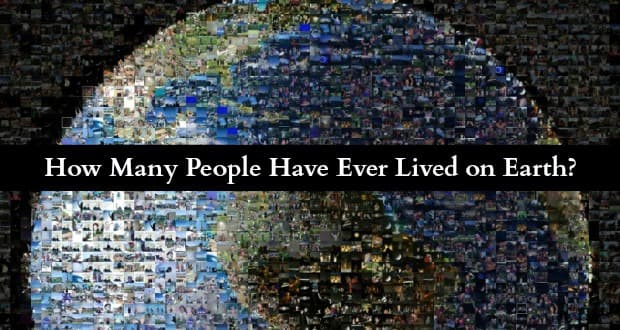 You've probably heard the bold assertion that a large percentage of the people who have ever lived are alive right now. If true, that would be an astonishing piece of trivia, but as the late Carl Sagan would say, extraordinary claims require extraordinary evidence. As you can imagine, that's a bit easier said than done here.

Like individually counting all of the stars in the universe — or each grain of sand on every beach on Earth, if you'd prefer — it's impossible (not to mention completely absurd) to expect to derive an exact number. We can, however, take a look at a few related factors and come up with a decent estimate.Still yet, there are many things that complicate the matter. For example, we have to determine exactly where the line between homosapiens and our closest ancestors is. Taking into consideration the number of minute evolutionary changes they underwent before they evolved into  humans, as we know them today, makes that line blurry (at best).

WATCH: Distilled Demographics: How Many People Have Ever Lived on Earth?

In case you decide to skip the video, the most reliable number comes from the Population Reference Bureau, which estimates that some 108 billion people have lived and died. For some insight:

In more math-related goodness, learn how many molecules we inhale that were once exhaled by Julius Caesar here.