Los Angeles is Painting its Streets to Combat Climate Change

The special paint will help cool off the city. 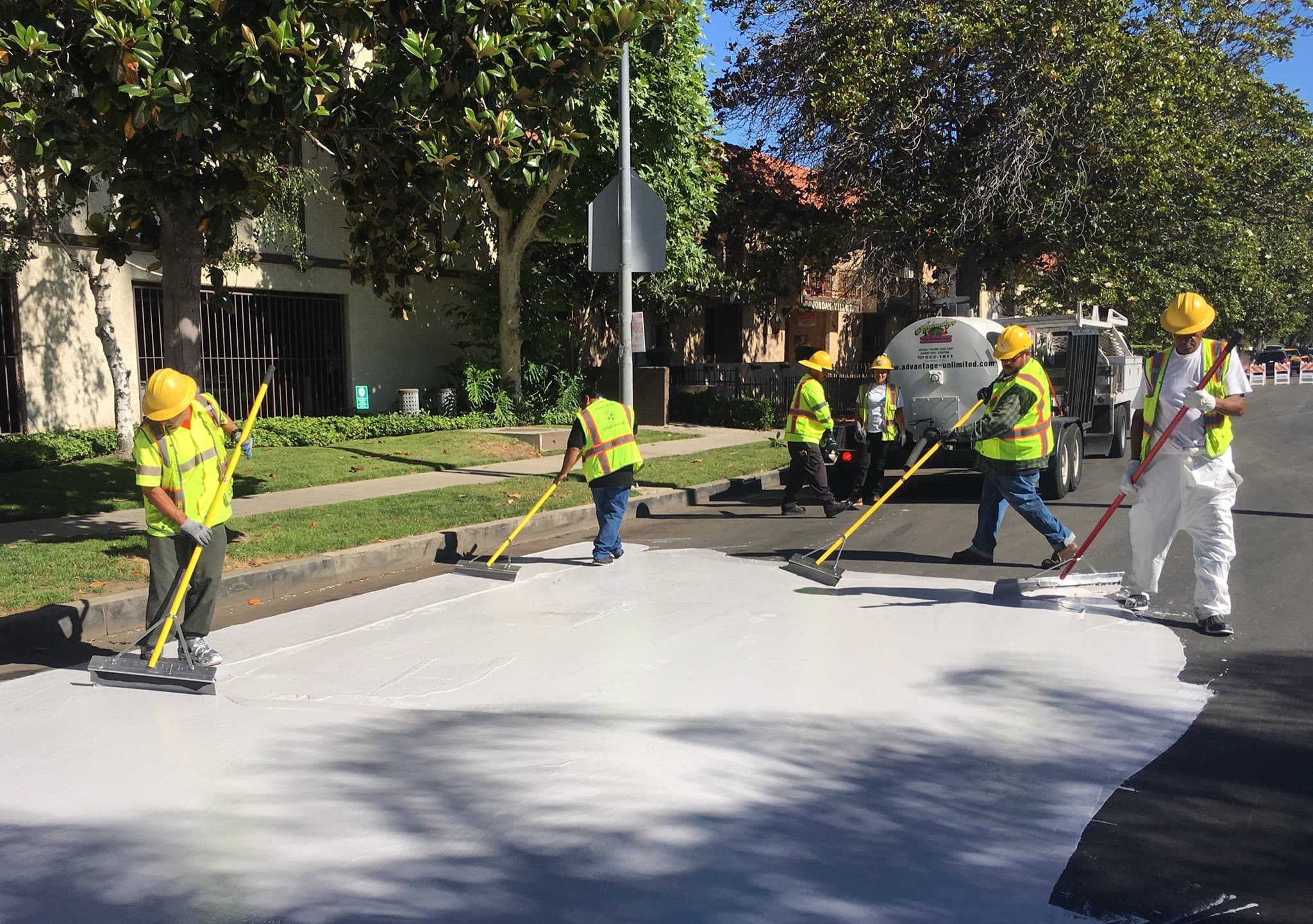 Paint is the Answer

The city of Los Angeles, California is pushing forward to fight against climate change and reduce slowly rising temperatures. This time around, it's painting the streets a different color.

Black is a color that's prone to absorbing heat from the sun, so black asphalt that covers a city like L.A. is sure to increase the city's overall temperature, as proven by the record-breaking heat California has had to deal with this early September.

Los Angeles is now coating its streets with a new gray paint called CoolSeal that will, as its name indicates, keep pavements cooler. California-based company GuardTop produces the paint, which the city tested in certain areas back in August, resulting in a 6.6 degrees Celsius (12 degrees Fahrenheit) drop in temperature.

"Climate change is a fact of life that people in Los Angeles and cities around the world live with every day. It is a grave threat to our health, our environment, and our economy — and it is not debatable or negotiable,” said Mayor Garcetti in a statement in June. “This is an urgent challenge, and it’s much bigger than one person."

Still More to Do

Of course, LA needs to do more than simply paint its streets it if wants to impact climate change and not just mitigate the effects. Fortunately, steps have already been taken in that direction. Mayor Garcetti passed a motion in June which incorporates the principles of the Paris Climate Agreement into the city's own policies, despite the U.S.'s recent decision to withdraw from the Paris Accords. Additionally, the state of California has entered a Climate Change Alliance and has made plans to use 100 percent renewable energy by 2045 and make its entire energy grid fossil fuel-free.

Within LA itself, other measures, like planting trees, can continue the efforts to make life a little bit cooler. Painting rooftops with the same CoolSeal used on the pavement could also go a long way to improve conditions, provided they're not already occupied by solar panels, which are another positive factor in offsetting fossil fuels.

Mayor Garcetti has pledged to reduce the city's average temperature by 3 degrees Fahrenheit over the next 20 years, and he seems to be on track to do just that.