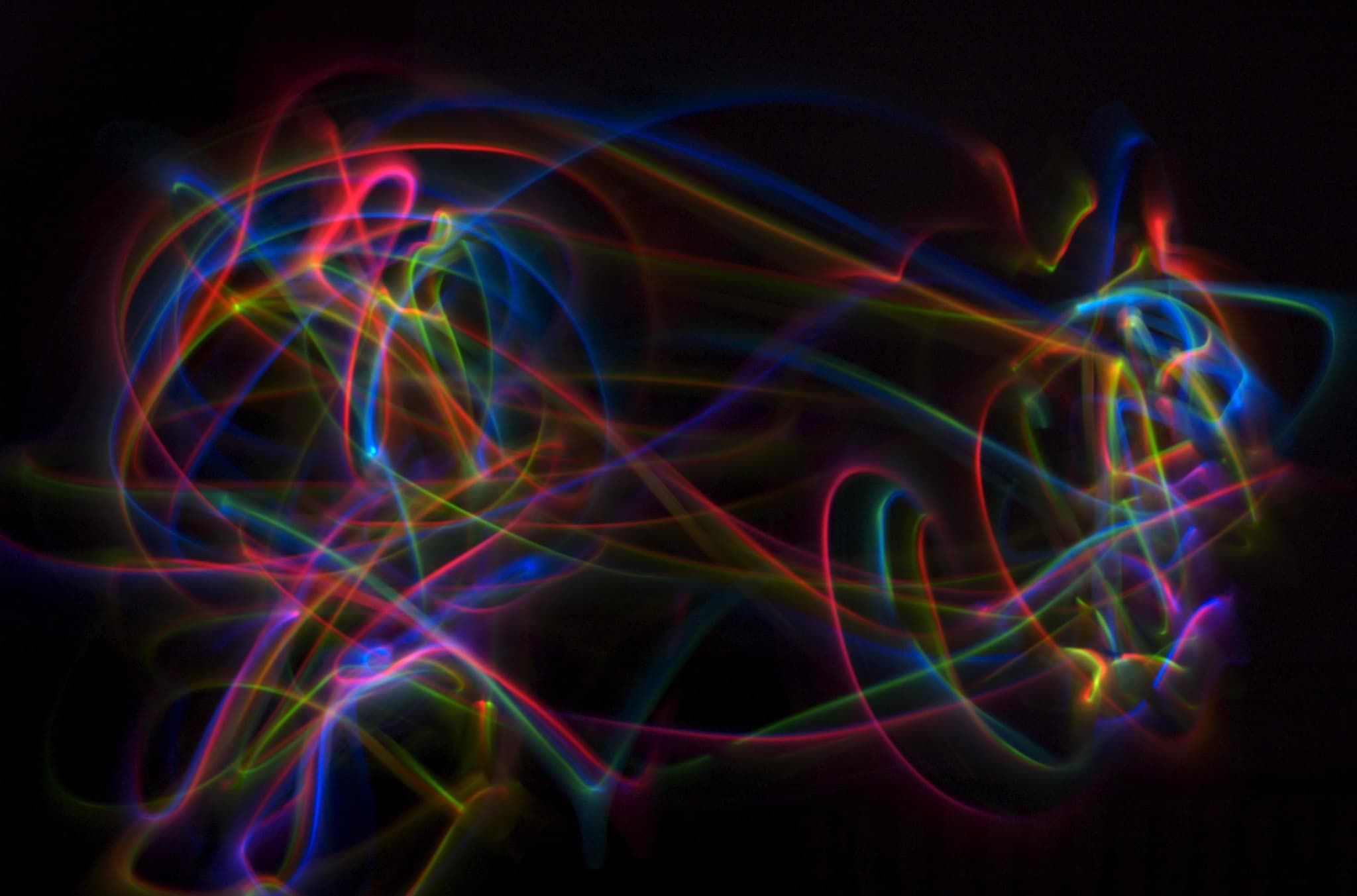 Spooky Action at a Distance

Physicists from The City College of New York (CCNY) have found that beams from typical laser pointers are able to mimic quantum entanglement. Quantum entanglement is when two quantum particles that are separated by a great distance become an entangled system and share a quantum state. Plainly stated, when one of these particles is touched, its entangled pair can feel it. PhD student Giovanni Milione said that "At the heart of quantum entanglement is 'nonseparability' - two entangled things are described by an unfactorizable equation. Interestingly, a conventional laser beam (a laser pointer)'s shape and polarization can also be nonseparable."

Milione and his team transformed the laser’s beam into a polarization-dependent shape that they call a vector beam to make its shape and polarization nonseparable. The found that “touching” the vector beam’s polarization encoded two bits of information, which is double the amount that would be encoded had the beam been separable. CCNY Distinguished Professor of Physics Robert Alfano said that "In principal, this could be used to double the data speed of laser communication. While there's no 'spooky action at a distance,' it's amazing that quantum entanglement aspects can be mimicked by something that simple."

Read This Next
Tardigrade Silliness
Scientists Claim to Entangle Entire Animal in Quantum State
Beam Me Up Qubit
Researchers Achieve First "Sustained" Long Distance Quantum Teleportation
Quantum Teleportation
Scientists Are Building a Quantum Teleporter Based on Black Holes
All Connected
Scientists Create "Strange Metal" Packed With Entangled Electrons
Quantum Mechanics Killed the Cat
Bizarre New Quantum Research: Reality Itself May Be Subjective
More on Hard Science
Tractor Beam
Jan 26 on the byte
Scientists Build Working Tractor Beam, Although It's Comically Tiny
Having a Blast
Jan 18 on the byte
New Study Shows Where You Should Hide to Survive a Nuclear Attack
Offworld Amino
Jan 15 on the byte
Scientists Find Building Blocks of Life in Meteor That Smashed Into Family's Driveway
READ MORE STORIES ABOUT / Hard Science
Keep up.
Subscribe to our daily newsletter to keep in touch with the subjects shaping our future.
+Social+Newsletter
TopicsAbout UsContact Us
Copyright ©, Camden Media Inc All Rights Reserved. See our User Agreement, Privacy Policy and Data Use Policy. The material on this site may not be reproduced, distributed, transmitted, cached or otherwise used, except with prior written permission of Futurism. Articles may contain affiliate links which enable us to share in the revenue of any purchases made.
Fonts by Typekit and Monotype.