Why do we Keep Going Back to Mars? 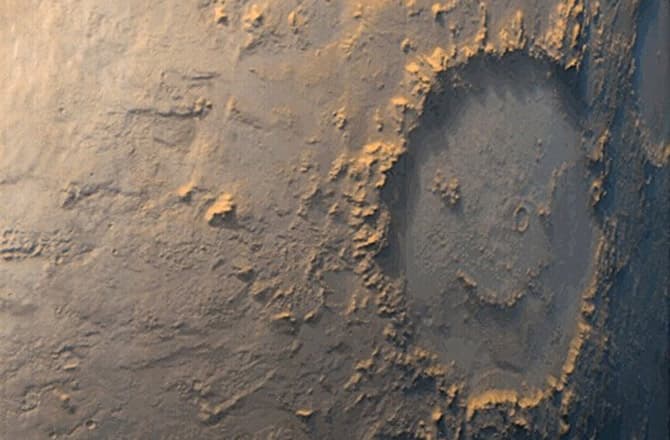 Recently, NASA’s MAVEN spacecraft and India’s Mars Orbiter Mission entered into Martian orbit. They represent two new probes in a long series of robots that have been sent to the Red Planet. These new arrivals are not alone. In addition to several other probes in orbit around Mars, two massive rovers are currently roaming the surface. Several other missions are scheduled to launch from Earth between now and 2020. What is so alluring about this planet? Mars isn’t the most exciting object in the solar system. Enceladus (a moon of Saturn) and Europa (moon of Jupiter) both have liquid water beneath the surface that are potentially habitable to new forms of life. So, why are humans always sending things to Mars?

In all honesty, our fascination with Mars really started in the late 19th century. Richard Zurek, the chief scientists for the Mars Program Office at NASA’s JPL blames an astronomer named Percival Lowell with igniting our Martian passions. This is the astronomer that famously sketched the “canals” on Mars, a network of objects that he was convinced were built by an intelligent civilization. These canals served as a means to get water from the Martian polls to the major cities closer to the equator. This extraordinary claim captured our hearts and minds and it’s never gone away.

Unfortunately, Lowell’s canals were the product of primitive telescopes and an overactive imagination. The canals were nothing more than an illusion and future scientific missions to Mars have shown Mars to be a desolate wasteland. Though it may have once harbored life, the world is probably dead now (unless life is tucked away safely under the surface).

Mars is very interesting to planetary scientists because it’s climate has change a lot over the course of it’s history. We know that Mars use to be a much warmer and wetter world than it is today. It gives us another specimen to study as we try to understand the evolution of planet’s and their climates in general, instead of an Earth-specific version of history.

In addition to Mars’ geological and historical interest, it’s also the target of future manned missions. The swarm of robots that we’ve sent to Mars also serve as scouts, helping us look ahead and plan future manned missions to the Martian surface. Currently, NASA s working to put astronauts on or near Mars in the mid-2030s. Zurek helps to summarize the mood, “Of all the planets, Mars is the place where you can actually visualize an astronaut standing on the surface doing something. You’re not going to do that on Venus, where it’s hot enough to melt your boots.”

Mars is also really close to Earth in the grand scheme of things. Depending on where Mars is in its orbit, we can reach the planet in 6 or 12 months. Jupiter, host to Europa which is the next object of interest from a “might have life” perspective, it takes missions 8 years or more to finally reach their destination after launch. We can send a mission to Mars, collect data, start planning a second mission with more scientific goals in mind, and maybe even launch the follow-up mission in the same amount of time it would take a single probe to reach the Jovian system.

Mars is close to Earth, it’s fascinating, and there is a lot we can learn from our neighbor. We can do science faster on Mars than we can on other worlds of interest. This is why we keep going back.