Japan's $265-Million Satellite is Still Tumbling Through Space, And We Don't Know Why

What caused the fall of the Hitomi? 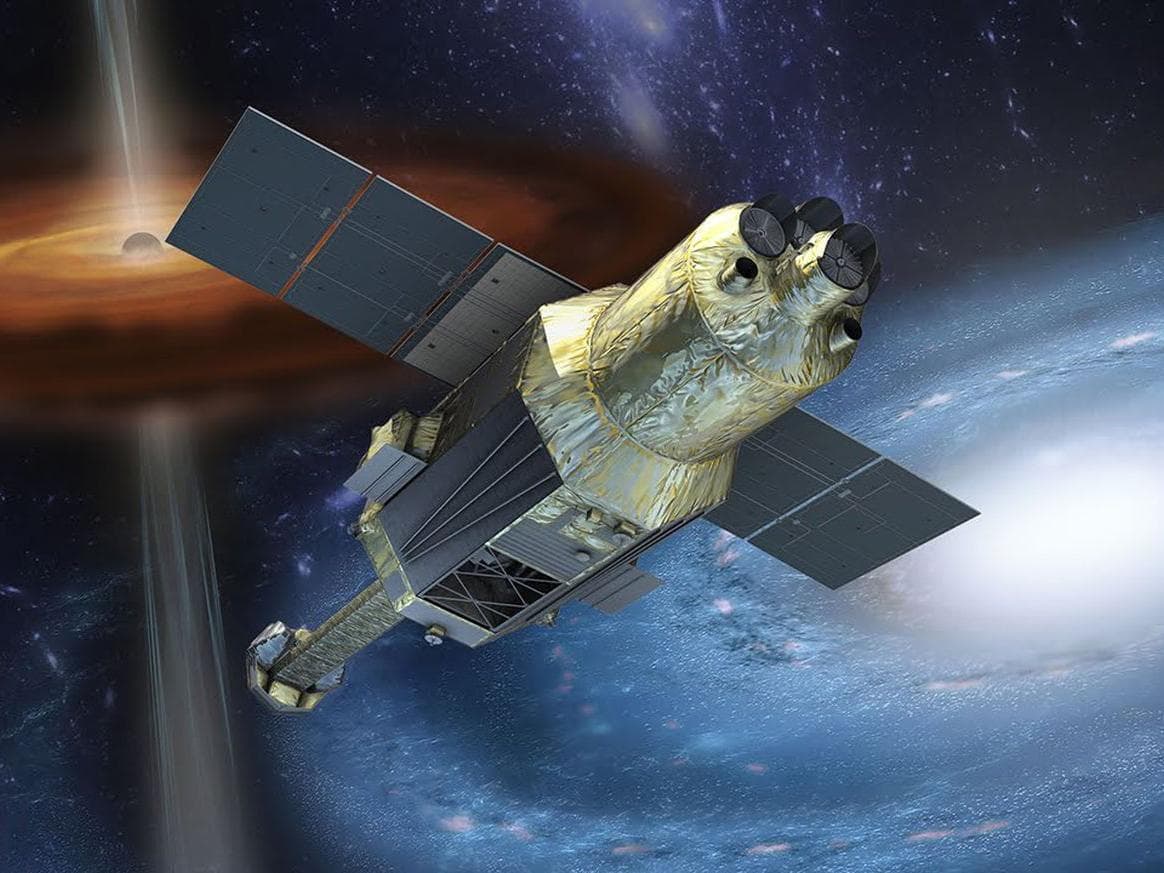 The Japan Aerospace Exploration Agency (JAXA) has tracked down its $265-million X-ray satellite, the Hitomi, which it lost contact with this week (March 26).  Unfortunately, it lost it again, and we don't know what's going on.

But put simply, the Hitomi is now spinning around in space doing, well, we don't know. It's still in orbit though, at an altitude of about 580 kilometers (a little over 360 miles) above Earth.

In its latest update, JAXA said, "We will continue to do our best to recover communications with Hitomi and investigate the cause of the anomaly."

This is not the first time that JAXA has encountered bad luck with a satellite.

In 2000, the ASTRO-E disintegrated when the rocket carrying it crashed at launch. In 2005, a helium leak destroyed the spectrometer of the Suzaku within weeks of its launch. Launched last February 17, the Hitomi (Japanese for “pupil of the eye") was made to study galaxy clusters, supermassive black holes, and exploding stars by observing energy wavelengths.

The Hitomi was also carrying instruments belonging to the European Space Agency, the National Aeronautics and Space Administration (NASA), and the Canadian Space Agency. It was calibrating its equipment in preparation for its exploration when JAXA lost touch with it.

According to The Japan Times, JAXA initially thought that the Hitomi was experiencing a power issue due to a possible shift in position that affected its solar panels.

Paul Maley — an amateur astronomer and former NASA flight controller in Arizona — shared a video that he had taken a day after the Hitomi was reported missing. It shows an object that's now confirmed to be the Hitomi spinning wildly in orbit.

"The fact that it is rotating with extreme variations in brightness indicates that it is not controlled and that some event caused it to begin its rotation," Maley told National Geographic.

Meanwhile, Masaki Fujimoto — director of international strategy and coordination at JAXA's Institute for Space and Astronautical Science — said it was likely Hitomi was still mostly intact.  "There’s hope for recovery unless the spacecraft is severely damaged. We haven’t given up recovery of the spacecraft," he said in a SpaceNews report.

Yet, the latest updates do not bode terribly well. According to JAXA "According to the U.S. Joint Space Operations Center (JSpOC), it is estimated that Hitomi separated to five pieces at about 10:42 a.m. on 26. In order to investigate the situation, JAXA is observing the objects, using a radar located at the Kamisaibara Space Guard Center (KSGC) and telescopes at the Bisei Space Guard Center (BSGC) owned by the Japan Space Forum. U

p to now, the telescopes at BSGC detected two objects around the satellite’s original orbit, while the radar at KSGC identified one of them. It is confirmed that the signal received at the Santiago Tracking Station came from the orbital direction of the object identified at KSGC."

And since it has spun out of control, the antenna that should be pointing at the planets is pointing, well, in a bunch of directions, so JAXAcan’t connect for long enough to control it or to find out what happened.

Read This Next
Futurism
New Video Shows Japanese Probe Shooting Asteroid With Bullet
Hayabusa2
Japan Just Landed a Robot Spacecraft on an Asteroid
Shooting Asteroids
A Japanese Spacecraft Is About to Shoot an Asteroid With a Bullet
Futurism
Japan Has Launched the Smallest Rocket Ever to Put a Satellite Into Orbit
Futurism
Japan Has Sent an Autonomous Drone Assistant to the International Space Station
More on Off World
Light Me Up
Yesterday on the byte
Wall of Lasers Cuts Across Hawaii's Night Sky
Water Sign
Yesterday on the byte
Scientists Find New Evidence of Hidden Ocean World in Our Solar System
Trashing Orbit
Thursday on the byte
Elon Musk Says SpaceX May Build Starship That Dies on Purpose
READ MORE STORIES ABOUT / Off World
Keep up.
Subscribe to our daily newsletter to keep in touch with the subjects shaping our future.
+Social+Newsletter
TopicsAbout UsContact Us
Copyright ©, Camden Media Inc All Rights Reserved. See our User Agreement, Privacy Policy and Data Use Policy. The material on this site may not be reproduced, distributed, transmitted, cached or otherwise used, except with prior written permission of Futurism. Articles may contain affiliate links which enable us to share in the revenue of any purchases made.
Fonts by Typekit and Monotype.