The Physics of Black Holes Must Wait, Satellite Delayed 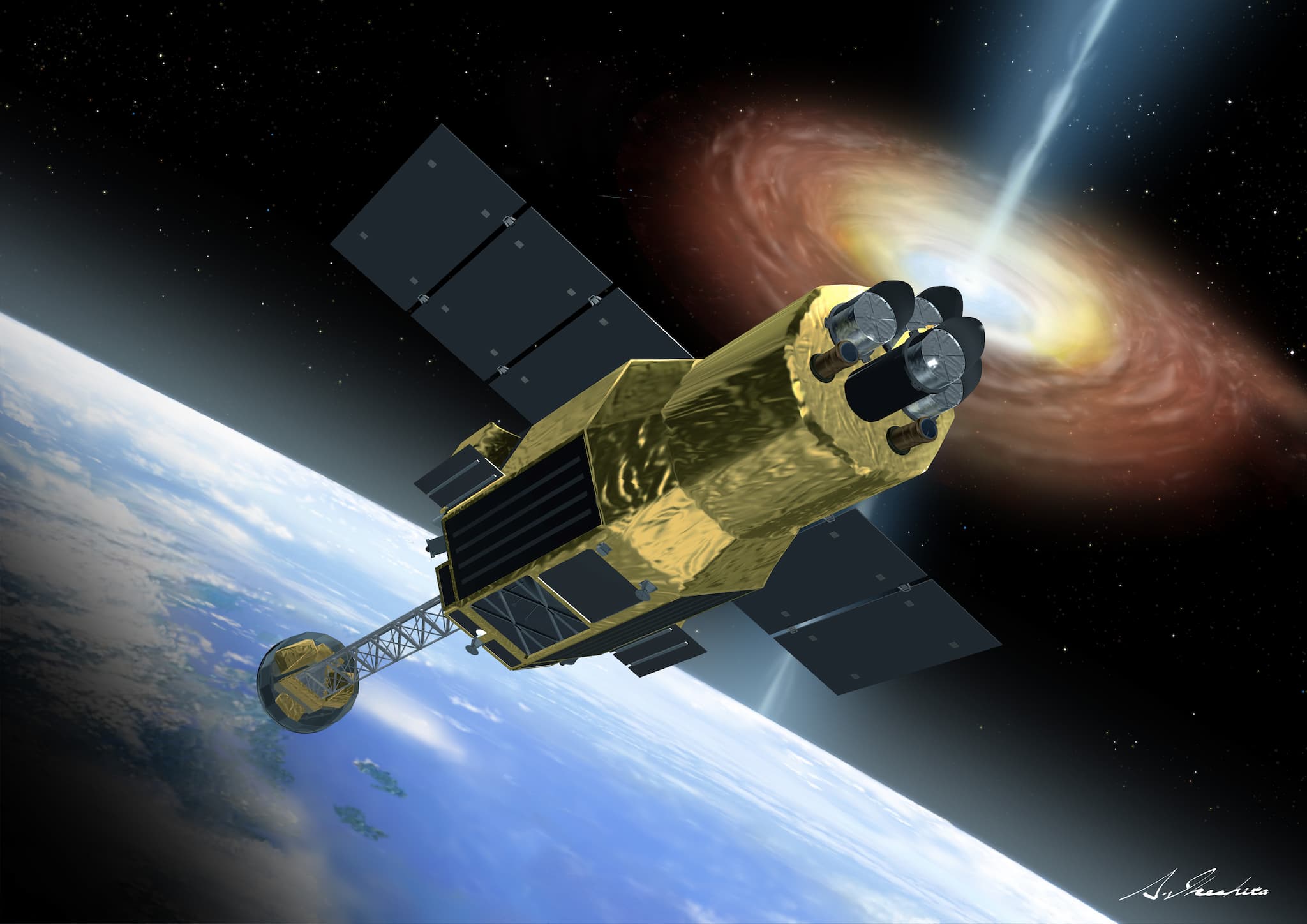 The Japan Aerospace Exploration Agency (JAXA) is getting set to launch their sixth satellite from the Tanegashima Space Center in Kagoshima, Japan. This satellite, named ASTRO-H, is designed to focus on X-ray astronomy.

It was supposed to launch this weekend, but faced delays due to weather.

The ASTRO-H satellite is equipped with four advanced instruments covering a broad energy range, from low-energy, or "soft," X-rays around 300 electron volts (eV) to soft gamma rays up to 600,000 eV. To get the idea, the energy of visible light is about 2 to 3 eV. This satellite will be checking out a wide range of cosmic phenomenon that are well beyond what we can see.

"We see X-rays from sources throughout the universe, wherever the particles in matter reach sufficiently high energies," said Robert Petre, chief of Goddard's X-ray Astrophysics Laboratory and the U.S. project scientist for ASTRO-H. "These energies arise in a variety of settings, including stellar explosions, extreme magnetic fields, or strong gravity, and X-rays let us probe aspects of these phenomena that are inaccessible by instruments observing at other wavelengths."

Basically, this satellite is capable of observing X-ray sources such as galaxy clusters and neutron stars. It is said to be ten times faster than its predecessor, Suzuki, which was used from 2005 until last year. ASTRO-H uses four co-aligned focusing X-ray telescopes and a suite of cutting-edge instruments that provide simultaneous coverage across the observatory's entire energy range.

The two Soft X-ray telescopes have mirror assemblies that was provided by the Goddard team. These mirrors have to rely on what scientists refer to as "grazing incidence optics". What happens there is that the X-ray light skims the surface of the mirror and then it is deflected toward the telescope's focal point.

In comparison, imagine skipping stones across the water.

Astronomers typically learn about the composition, temperature, and motions of cosmic sources by spreading out the wavelengths of light into a rainbow-like spectrum. But astrophysicists have devised an alternative approach for measuring X-ray "colors," called microcalorimetry, that produces unprecedented spectral resolution without diluting their intensity as happens in previously employed approaches.

"This has been an extraordinary undertaking over many years to build this powerful new X-ray spectrometer jointly in the U.S. and Japan," said Goddard's Richard Kelley, the U.S. principal investigator for the ASTRO-H collaboration. "The international team is extremely excited to finally be able to apply the fundamentally new capabilities of the SXS, supported by the other instruments on the satellite, to observations of a wide range of celestial sources, especially clusters of galaxies and black hole systems."

"The technology used in the SXS is leading the way to the next generation of imaging X-ray spectrometers, which will be able to distinguish tens of thousands of X-ray colors while capturing sharp images at the same time," said Caroline Kilbourne, a member of the Goddard SXS team.

ASTRO-H will provide scientists the first opportunity to use it on an orbiting X-ray observatory.