Japanese Company Plans to Build a Space Elevator Within 40 Years 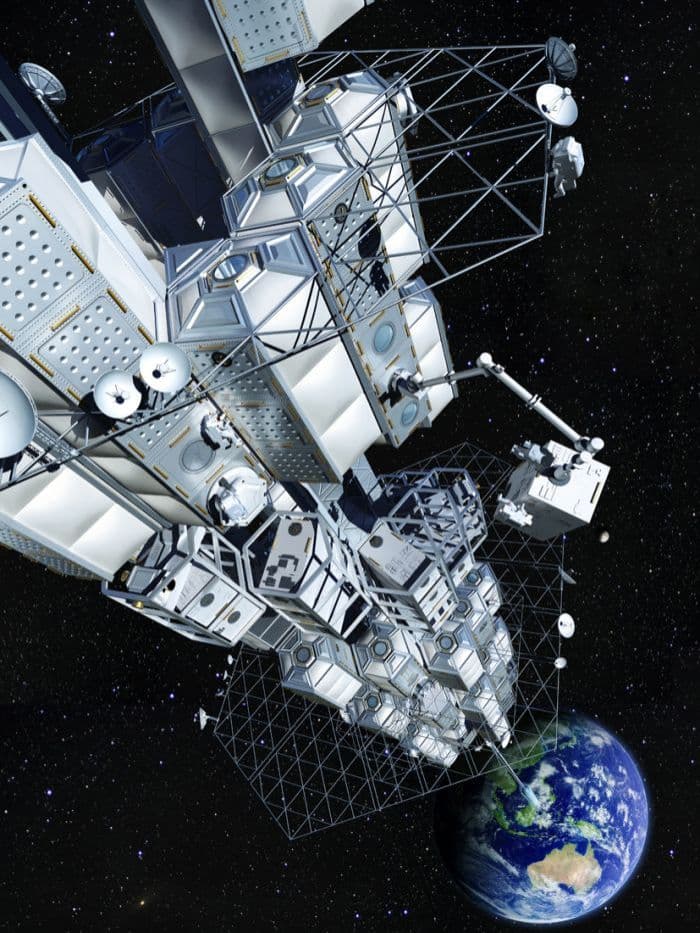 Space elevators are a "next generation" method of getting people (and equipment) into Earth's orbit. As the name suggests, this structure would literally be an elevator that extends all the way to space, and many argue that this method of transportation would enable us to move objects into orbit at a fraction of the cost of conventional rockets. Now, the Japanese construction company Obayashi has announced that they will build one of these elevators by 2050.

Needless to say, if this project is successful, it would completely change the way we travel to space. The elevator would reach 96,000 km (60,000 mi) into the sky.—yes, that is absurdly far. For comparison, the moon is 384,400 km (238,900 mi) away. The cars would be powered by magnetic linear motors and would take about seven days to reach orbit. The cost of getting stuff into orbit is estimated to be about a hundredth of the cost of using a rocket. There is just one tiny problem...the materials we need to build it don't really exist (well, at least, not yet).

The key to building a structure this tall is the use of carbon nanotubes. These strands of carbon are extremely strong, with a tensile strength nearly a hundred times stronger than a traditional steel cable. It's strong enough that it could support its own incredible weight as it stretches into the sky (unlike a steel cable, which would snap under it's own weight). Then there is another catch. In order to reach space, this cable would have to be (as previously mentioned) about 96,000 kilometers long. And the longest carbon nanotubes we've been able to make are a whopping 3 centimeters, or about an inch. So. We need to be able to synthesize cables 3-billion times longer than we currently can.

Yet, technology has been known to progress in leaps and bounds.

Yoji Ishikava, who is a research and development manager at Obayashi, believes this won't be a problem, "We think by 2030 we'll be able to do it." Japan, as a whole, has been trying to forward research and construction of carbon nanotubes for years. To aid in that effort, they hold competitions every year where participants are able to collaborate with each other to try and solve this problem.

While Obayashi tackles the problem of the cables, scientists at the Kanagawa University have already started on designing the robotic cars. In the end, these cars are expected to carry around 30 people into space (which, just to remind you, will take a week and is about a quarter of the distance to the moon). It's estimated that it costs around $22,000 to get a kilogram of cargo into orbit, a space elevator could get the same cargo into orbit for about $200 per kilogram. Space stations or platforms built around the space elevator could provide a cheap platform from which humanity could launch its missions to explore the solar system, the basic idea would be we would send parts into orbit using the elevator, put everything together, then launch the craft from orbit.

Naturally, this would also open the doors for a much cheaper alternative to space tourism (though, it's still very expensive). Will Obayashi be successful? Only time will tell. Ishikawa did say that Obayashi wasn't going to try to have all of the fun, "I don't think one company can make it. We'll need an international organization to make this big project."

In 2050, getting to space could be as easy as pressing an elevator button. Time will tell.