Futurism
8. 20. 17 by The Conversation
/Future Society

Innovative Technology Would Not Be Possible Without Scientific Research

61 percent of patents link backward to at least one research article. 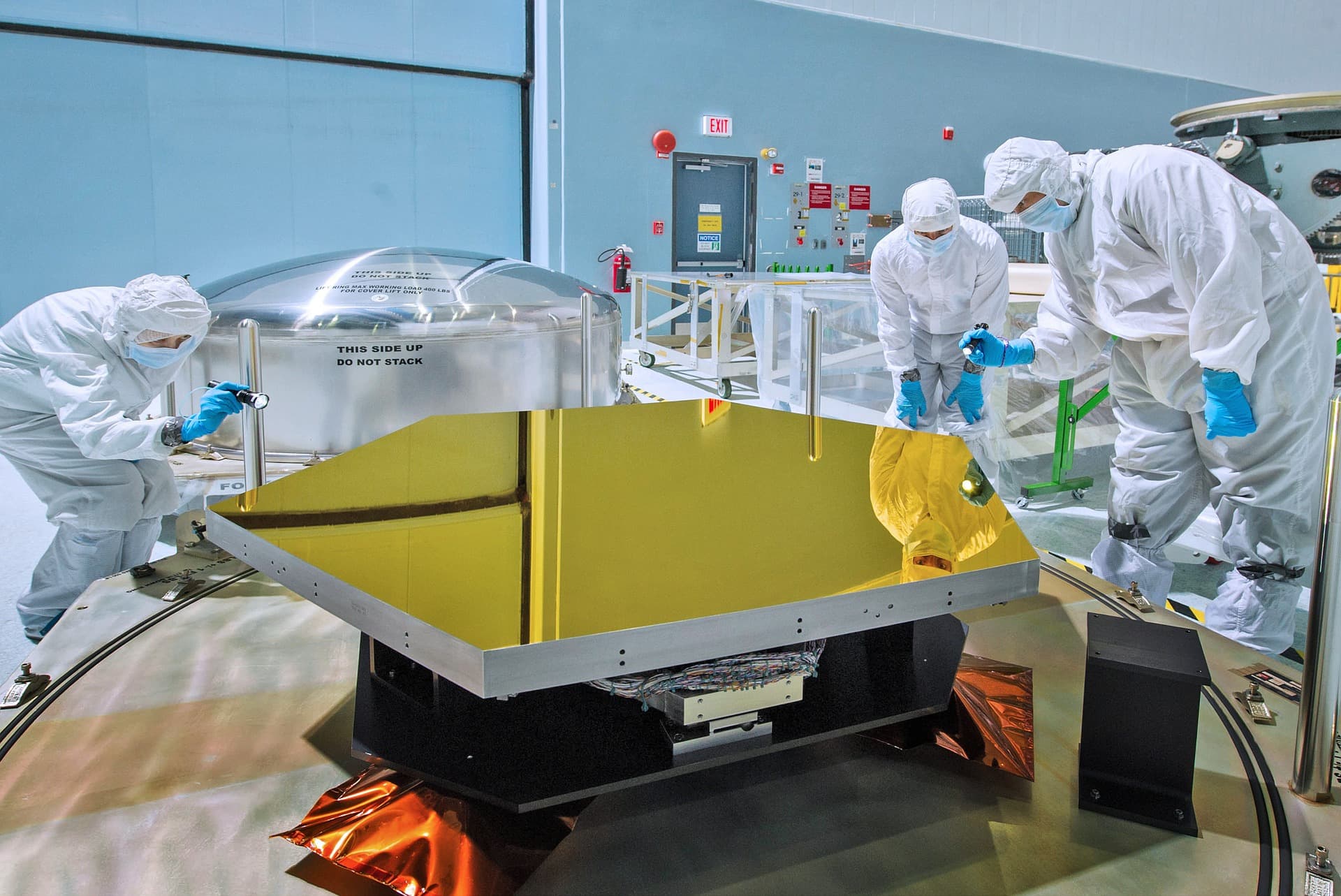 What does hailing a ride with Uber have to do with 19th-century geometry and Einstein's theory of relativity? Quite a bit, it turns out.

Uber and other location-based mobile applications rely on GPS to link users with available cars nearby. GPS technology requires a network of satellites that transmit data to and from Earth; but satellites wouldn’t relay information correctly if their clocks failed to account for the fact that time is different in space — a tenet of Einstein’s general theory of relativity. And Einstein’s famous theory relies on Riemannian geometry, which was proposed in the 19th century to explain how spaces and curves interact — but dismissed as derivative and effectively useless in its time.

The point is not just that mathematicians don’t always get their due. This example highlights an ongoing controversy about the value of basic science and scholarship. How much are marketplace innovations, which drive broad economic prosperity, actually linked to basic scientific research?

It’s an important question. Plenty of tax dollars and other funds go toward the research performed in academic centers, government labs and other facilities. But what kind of return are we as a society recouping on this large investment in new discoveries? Does scientific research reliably lead to usable practical advances?

Not surprisingly, there are strongly opposing viewpoints on the value of basic research. For example, after World War II the founder of the National Science Foundation characterized scientific research as a valuable fund of new knowledge from which applications could be drawn. In contrast, the “ivory tower” view of academic endeavors suggests that science is an isolated activity that rarely pays off in practical application. Related is the idea that marketplace innovation rarely relies on the work of universities or government labs.

If one perspective is more accurate than the other, it has major implications for policy — specifically, the extent to which governments fund scientific research. In the meantime, federal spending on basic research (as a share of GDP or a share of the federal budget) has been in decline over the last several decades.

So we designed a study to investigate the links between patentable inventions and scientific research.

How Many Degrees of Separation?

Past research on this topic often studied whether scientists themselves at universities and other research institutions produced patents or started businesses; that would support a direct link between scientists and application. The problem with such studies is that scientists’ discoveries, like those of Riemann described above, can be applied by anyone who comes to know about them, even at a much later date — not only by the original investigators. Moreover, a given discovery may lead to other research that is ultimately applied, meaning there can be a highly indirect link between research and the innovations that it supports in the end.

To account for direct and indirect links between basic research and related applications, we looked for connections between all 4.8 million patents granted between 1976 and 2015 by the United States Patent and Trademark Office and all 32 million journal articles published since World War II, as indexed by the Web of Science database.

Most patents are filed by businesses, representing potentially marketable innovations. And most research articles flow from universities and other research settings. So these measures help trace not only links from science to invention, but also the flows of knowledge from nonprofit research institutions to firms. (Only in the past decade has the large volume of data required to run such a study been available in accessible form; our research has benefited directly from the Big Data era.)

To find connections, we created a “social network” style map, which connects patents and science papers using the citations in each. This method harnesses the fact that both papers and patents provide references to work on which they are based. We wrote an algorithm that found the shortest distance between any two items — based on the number of intermediary papers or patents cited — effectively identifying the “scientific pedigree” of a given patent/invention, if any.

While some scientific papers are never cited by any future work, among research articles that receive at least one citation, a full 80 percent could be linked forward to a future patent. Meanwhile, 61 percent of patents linked backward to at least one research article. In fact, most papers and patents across scientific fields were at a distance of only two to four items from the other domain, on average.

Not surprisingly, the average distance from patents of scientific works in more abstract fields like mathematics was higher than that in more naturally applicable domains like computer science, where the average distance was closer to one, suggesting more direct links between research and application. Importantly, the patents with the most impact (by measures connected to market valuation) tended to be the most science-intensive, relying more directly on scientific advances than other patents did.

Overall, our findings suggest that basic research matters. Scientific advances are not like the proverbial tree falling in the forest with no one around to hear. Rather, looking across the corpus of science, we find widespread connections to future patents — especially to the most valuable patents.

Our study also has important implications for how to maximize the potential impact of scientific research. That is, how can scientists best choose what to study in the first place?

The romantic view of science is that it’s driven mainly by curiosity: A scholar chooses a line of research because he or she happens to find it fascinating, regardless of its applicability — in fact, a focus on application may be seen by some as at odds with “real” science.

In contrast, our results showed that research that was closest to application was more likely to have impact within science itself. In particular, research articles that are directly cited by patents tend to become “home runs” within science — those rare, exceptionally highly cited papers that other scientists draw upon. So a focus on real-world problems may boost not only direct applications but also new science, bringing potentially profound advances in our understanding of the world.

This type of application-oriented research is said to fall into “Pasteur’s Quadrant,” named for the famous 19th-century scientist. As a researcher, Louis Pasteur focused substantially on practical issues such as food safety. Yet his efforts to remove harmful germs from milk, for example, led him simultaneously toward one of the most important insights of modern biology: that germs cause specific diseases.

So it’s ultimately not just about basic versus applied research. Both are important, but it appears especially fruitful to do work that straddles the line, as Pasteur did: science-driven inquiry framed by and aimed at real-world problems.

In short, we found that a remarkably high share of scientific research links forward to usable practical advances. Most of the linkages are indirect, showing the manifold and unexpected ways in which basic research can pay off in ultimate practical applications. Yet the science most directly linked to application turns out to have a major impact within science itself. Following Pasteur’s example may be an especially reliable way to hit the ball out of the park.

Read This Next
Futurism
How an Open Approach to Patents Could Help Build a Sustainable Future
Futurism
Expert: Today’s Lack of Funding for Basic Research Could Prove Devastating in the Future
Futurism
The Sting of Research Budget Cuts Extends Far Beyond the Science Lab
More on Future Society
Gas Giant
5:25 PM on the byte
Journalist Eats Lab-Grown Chicken, Gets "Weirdly Gassy"
Musk Rats
Yesterday on the byte
Twitter Is Quietly Re-Suspending the Lunatics Elon Musk Let Back On
Going Wireless
Wednesday on futurism
Hackers Took Over a Subdomain of Wired.com for Several Months and Replaced It With Sleazy Online Casino Content
READ MORE STORIES ABOUT / Future Society
Keep up.
Subscribe to our daily newsletter to keep in touch with the subjects shaping our future.
+Social+Newsletter
TopicsAbout UsContact Us
Copyright ©, Camden Media Inc All Rights Reserved. See our User Agreement, Privacy Policy and Data Use Policy. The material on this site may not be reproduced, distributed, transmitted, cached or otherwise used, except with prior written permission of Futurism. Articles may contain affiliate links which enable us to share in the revenue of any purchases made.
Fonts by Typekit and Monotype.