If One of Jupiter's Moons Replaced Our Own... 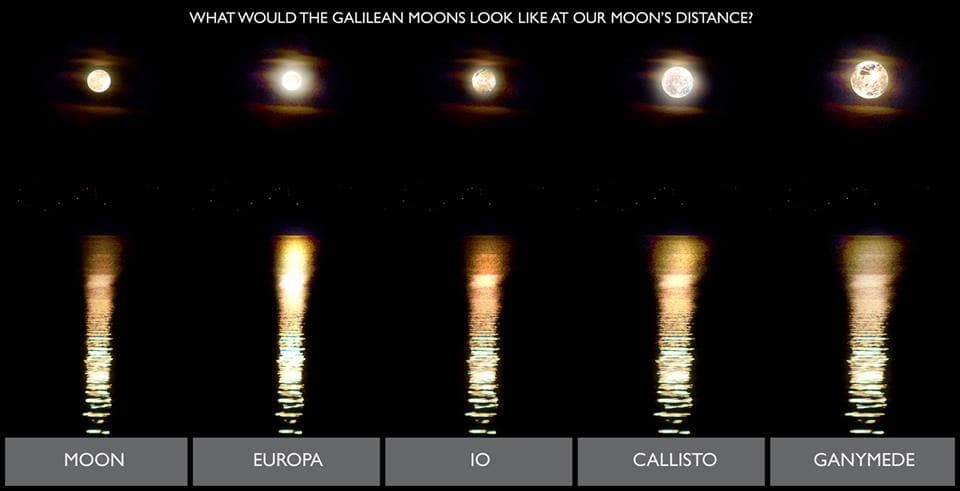 Life is messy. It is turbulent and chaotic. However, in a world that is constantly evolving, there are a few things that we can rely on -- things that help keep life stable and keep us all sane. First, there is the Sun. It rises each day, giving us the light and energy that we need to survive, and then slowly slips behind the horizon (like clockwork).

The same is true of the Moon. Each night, it silently creeps through the sky; acting as a beacon of light in an increasingly dark world. Then, the sun peeks back up on the horizon, causing the moon's presence to become less apparent for several hours -- until the cycle starts anew. One thing is for sure.. the moon is much more than a hunk of rock.. it's a familiar, friendly figure. But what if the Moon wasn't our moon? Furthermore, what would it be like if the Moon was replaced by another celestial body? Like, one of Jupiter's moons?

Image Credit: Lights in the Dark

As you can see: Europa would (by far) be the most fabulous Galilean moon to replace our own. It's one of the most reflective objects in our solar system (Enceladus, the moon of Saturn, is the top dog). Since it is so reflective, Europa would be extremely bright if it were located in our night sky. This means that you wouldn't have to worry about opening your door in the dead of night. Europa would shine bright enough to ensure that all key fumbling is kept to a minimum.

Callisto. If you think the moon is beautiful to look at through a telescope, you would be taken aback by Callisto. It's one of the oldest, most heavily scarred moons in our solar system. You know how, when you look at our moon, you see the shadows of a face? Well, with all of the impact sites, the faces you see on Callisto would be out of this world (literally). Moreover, it bears important clues about the inception of our solar system, so having it so close to Earth would be rather handy.

Io might not look terribly impressive in this image, but it would be quite fantastic too. It is home to an estimated 300 volcanoes -- with lots of ongoing geological activity. In case you didn't know, 300 volcanoes make for some pretty amazing views. Moreover, some of its volcanoes, which are thought to host subsurface bodies of molten magma, can shoot lava hundreds of miles into space.

Lastly, Ganymede, the largest moon in our solar system, would actually look larger in the sky than Mercury would (assuming Mercury orbited Earth from the same distance as the moon), as the moon is about 7% larger than the innermost planet in diameter. It also may host a subsurface body of water, which would be quite interesting from an astrobiological perspective.

So, which of the Galilean moons would you like to see hung in our sky (you know, if it were possible)?