IBM's Watson-Powered Sales Associate Robots to Be Rolled out into U.S. Retailers by June 2016 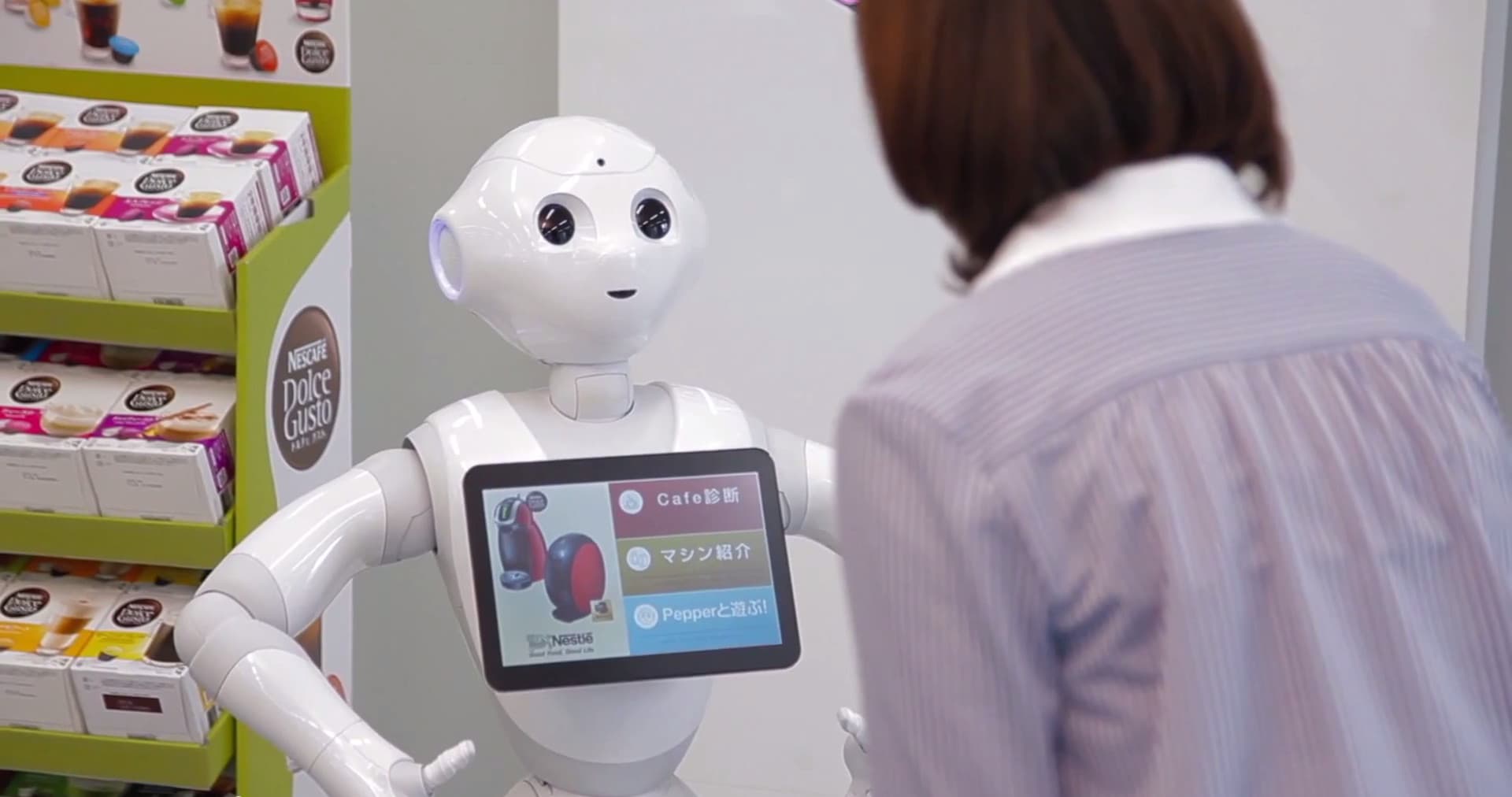 IBM has partnered with Softbank to manufacture robots that will assist customers in retail shops. The robots were showcased at the National Retail Federation's big annual conference. Softbank's human-like robots Pepper, which is the first robot that can read emotion, and Nao, which was the company's first humanoid robot, will be powered by IBM's Watson artificial intelligence technology to turn the robot into a store associate.

Right now, these robots are being used at Nestle cafes in Japan. The robots provide information about the café's products to customers. There will also be robots in US retail stores by June 2016, but the company has not disclosed the specific stores.

"Robots present a unique opportunity to increase engagement, allowing people to interact naturally with the technology and communicate not just with words, but gestures as well," said Keith Mercier, IBM Watson Retail Leader. "Think of scaling the knowledge and expertise of a store's top sales associate."

Some may feel that these robots will replace human sales associates, but IBM insists that the goal is to add support and not to replace humans. Companies will be able to cut costs by reducing their manpower in the sales front with the help of these robots. Retailers may also be drawn to the idea of automating recommendations. Anywhere from 2% to 20% of online retailers' revenue can come from product recommendations, according to Monetate, a company that works with brands on multi-channel personalization.

Other companies will soon have robots in their stores too

Aside from IBM, other companies are following their lead in using robots for the businesses. Best Buy has been testing robots in New York that brings merchandise to customers who make a request via a touch screen inside the store. Lowe's has been testing one in a San Jose-area store since 2014 that helps customers find merchandise in the store, but the tests remain limited.

Paula Rosenblum, managing partner at research firm Retail Systems Research, does not believe that IBM's attempts will turn out any better.

"I think [the robots are] ridiculous, honestly," she told The Street. "Why in heaven's name would you want a robot to assist you? Retailers really need to stop thinking there's a way around human interaction in stores. I feel their payroll pain, but self-service, which we're still seeing way too much of on convention floors, has gone as far as it can go."

Forrester analyst Sucharita Mulpuru-Kodali agreed. "I think it's gimmicky now," she said. "Ideally in the future, [Apple's] Siri can answer any store questions for you. That's cheapest for retailers."

Read This Next
Just Log Off
New AI Is Designed to Debate People, and It Could Ruin Social Media
Checkmate
Chess Grandmaster Kasparov: I've Made "Peace" With Robot That Beat My Ass
Human-like Learning
IBM's New AI Does Something Amazing: It Learns From "Memories"
Get Hyped
Doctors Are Losing Faith in IBM Watson's AI Doctor
Turbo Boost
Why IBM Thinks Quantum Computers Will Boost Machine Learning
More on Artificial Intelligence
Wow!
Yesterday on the byte
BuzzFeed Announces Plans to Use OpenAI to Churn Out Content
I Have a Dream of...
Yesterday on futurism
ChatGPT Shamelessly Writes Letter Announcing Layoffs While Promoting Execs and Quoting MLK
Good Morning!
Wednesday on the byte
Startup's Plans for Robot Lawyer Nixed After CEO Threatened With Jail
READ MORE STORIES ABOUT / Artificial Intelligence
Keep up.
Subscribe to our daily newsletter to keep in touch with the subjects shaping our future.
+Social+Newsletter
TopicsAbout UsContact Us
Copyright ©, Camden Media Inc All Rights Reserved. See our User Agreement, Privacy Policy and Data Use Policy. The material on this site may not be reproduced, distributed, transmitted, cached or otherwise used, except with prior written permission of Futurism. Articles may contain affiliate links which enable us to share in the revenue of any purchases made.
Fonts by Typekit and Monotype.