New AI Is Designed to Debate People, and It Could Ruin Social Media

IBM's Project Debater is getting more sophisticated, and it sounds exhausting. 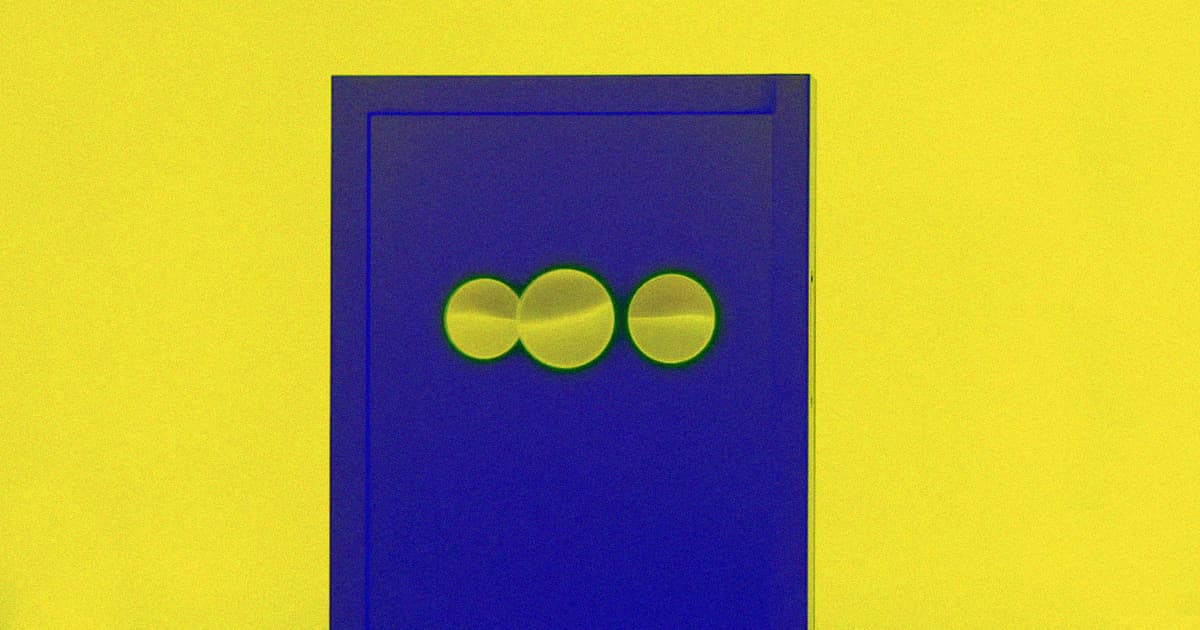 IBM's Project Debater, a powerful AI algorithm designed to challenge the most skilled human minds at speech and debate, is stronger than ever.

The autonomous debating system, as it's described in a research paper published in the journal Nature last week, can stitch together coherent and convincing arguments from the content of millions of news articles. The tech is getting more and more sophisticated, according to ScienceAlert, and that has us dreading how much of a nightmare social media — or any online comments section — might become if Project Debater were ever actually unleashed on the public.

Project Debater has come a long way since its public demo back in 2019. However, it still can't stitch together arguments capable of besting skilled human debaters, University of Dundee researcher Chris Reed, who isn't part of the Project Debater team, wrote in a commentary also published in Nature last week.

But to be fair, neither can most other humans — and we can't help but imagine the horrible black hole of endless back-and-forths that people would get sucked into online should an algorithm like Project Debater ever make its way to the public. Online trolls aren't exactly masters of the craft either, and just think about how much time gets wasted on them.

And the bottom line is that even if it's not Project Debater that picks endless fights online, it will probably be something.

"More than 50 laboratories worldwide are working on the problem, including teams at all the large software corporations," Reed wrote in his commentary.

To prepare ourselves, we should all perhaps start thinking about how to choose our battles. Before you get sucked into another online argument, keep in mind it might just be some bot on the other end that will endlessly engage in the fight until you just walk away — or waste hours screaming into the digital void.

READ MORE: This New AI Exists For The Sole Purpose of Arguing With Humans [ScienceAlert]

Read This Next
Craiyon Dreams
The Creator of That Viral Image Generating AI Loves All Your Weird Creations
What's Happening?
Google Insider Says Company's AI Could "Escape Control" and "Do Bad Things"
Better Call HAL
Google Engineer Says Lawyer Hired by "Sentient" AI Has Been "Scared Off" the Case
Nightmare Fuel
AI Dreamed Up a Bizarre Nightmare Creature That Doesn't Actually Exist... We Hope
AI Bigots
That AI Image Generator Is Spitting Out Some Awfully Racist Stuff
More on Artificial Intelligence
Paper Chaser
Jun 30 on futurism
Researcher Tells AI to Write a Paper About Itself, Then Submits It to Academic Journal
Fooled Ya
Jun 30 on the byte
Company Complains That Users Keep Thinking Its AI Has Come to Life
Garden Variety RA...
Jun 29 on futurism
Scientists Alarmed When Robot Immediately Becomes Racist and Sexist
READ MORE STORIES ABOUT / Artificial Intelligence
Keep up.
Subscribe to our daily newsletter to keep in touch with the subjects shaping our future.
+Social+Newsletter
TopicsAbout UsContact Us
Copyright ©, Camden Media Inc All Rights Reserved. See our User Agreement, Privacy Policy and Data Use Policy. The material on this site may not be reproduced, distributed, transmitted, cached or otherwise used, except with prior written permission of Futurism. Fonts by Typekit and Monotype.