Chess Grandmaster Kasparov: I've Made "Peace" With Robot That Beat My Ass

After 23 years, he recalls that "the match was not a curse but a blessing." 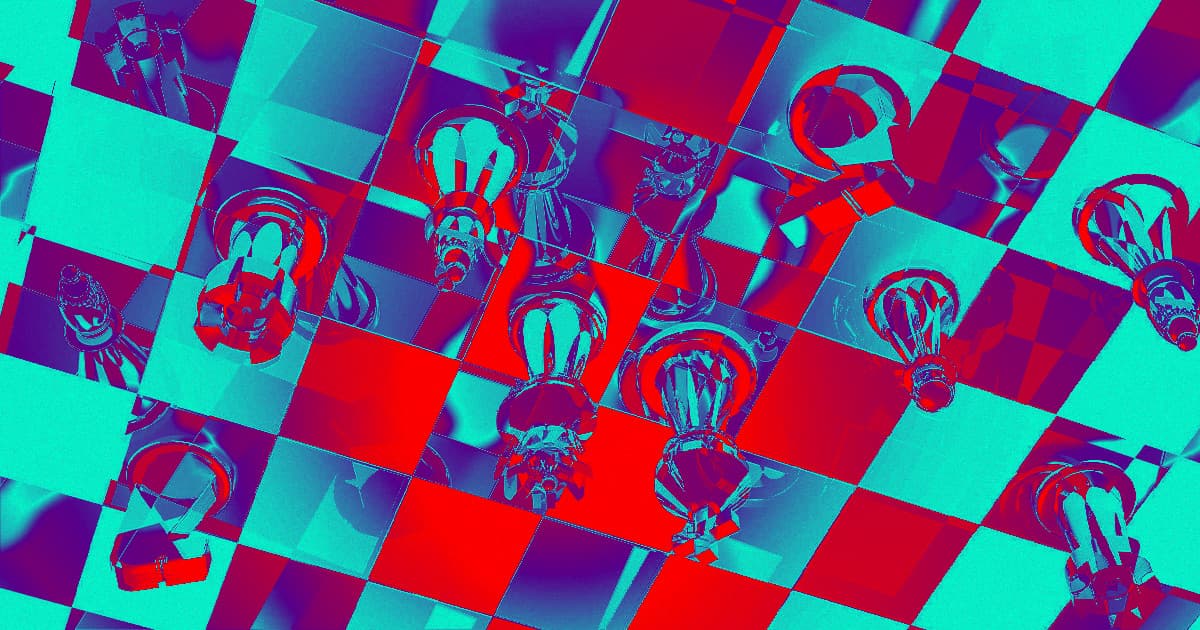 Now, in a new interview with Wired, Kasparov has done what most of us should do with most of the shitty things in our lives, which is: Come to terms with it (and then figure out how to perm it into your own personal narrative in the most marketable way possible).

Wired interviewed Kasparov on the occasion of a debate hosted by the Association for the Advancement of Artificial Intelligence (a.k.a. the first ones to sell humanity out, who, as we all know, won't be spared for their betrayal, anyway). At the top of the interview, he told Wired:

"I’ve made my peace with it. At the end of the day, the match was not a curse but a blessing, because I was a part of something very important. Twenty-two years ago, I would have thought differently. But things happen. We all make mistakes. We lose. What’s important is how we deal with our mistakes, with negative experience."

Sounds like a guy who made a mistake getting his ass beat by a computer. That said, how Kasparov is dealing with it actually has some value to the rest of us: Making a compelling case that he was the first guy to be truly outwitted in his job by a computer, he's now become a thinker asking questions of the effects of A.I. that go beyond the practical or the technical, but more towards the philosophical nature of machinery.

A mind like Kasparov's — one who understands the dynamic nature of grand, sweeping, coordinated, changeable movements, gambits, and calculable variabilities as means towards ends — is the kind of thinking the field could probably use more of. For example, one aside Kasparov gave, when Wired asked him how close he believes we are to human-level AI:

We don't know exactly what intelligence is. Even the best computer experts, the people on the cutting edge of computer science, they still have doubts about exactly what we're doing.

He's utterly correct, both about the unknown nature of what we're doing and the very nature of intelligence itself, human or otherwise. The entire thing is worth reading, if only to see a guy finally come to terms two decades later with getting his ass beat at chess by a computer.

More on chess: Yasssss Queen: Chess Is Finally Becoming the Next Big eSport

Read This Next
Unforgettable
Guy "Outsources" His Own Memory to AI
Be Better
OpenAI Apparently Paid People in the Developing World $2/Hour to Look at the Most Disturbing Content Imaginable
CNET Money is Watching You
After Scandal, CNET Adds Strange Disclaimer to Human-Written Articles About AI
Awful!
Internet Horrified by CNET Secretively Publishing Articles Written by an AI
Cover Up
In a Fresh Horror, ChatGPT Can Apply to Jobs Now
More on Artificial Intelligence
AI Asshole
Friday on the byte
BuzzFeed Columnist Tells CEO to "Get F*cked" for Move to AI Content
Deepfaked Neighbors
Friday on futurism
Trashy TV Prank Show Deepfakes Celebrities Into Jackass-Style Situations
Bad Bots
Friday on the byte
Oxford Scientists Warn AI Could Be More Deadly Than Nuclear Weapons
READ MORE STORIES ABOUT / Artificial Intelligence
Keep up.
Subscribe to our daily newsletter to keep in touch with the subjects shaping our future.
+Social+Newsletter
TopicsAbout UsContact Us
Copyright ©, Camden Media Inc All Rights Reserved. See our User Agreement, Privacy Policy and Data Use Policy. The material on this site may not be reproduced, distributed, transmitted, cached or otherwise used, except with prior written permission of Futurism. Articles may contain affiliate links which enable us to share in the revenue of any purchases made.
Fonts by Typekit and Monotype.