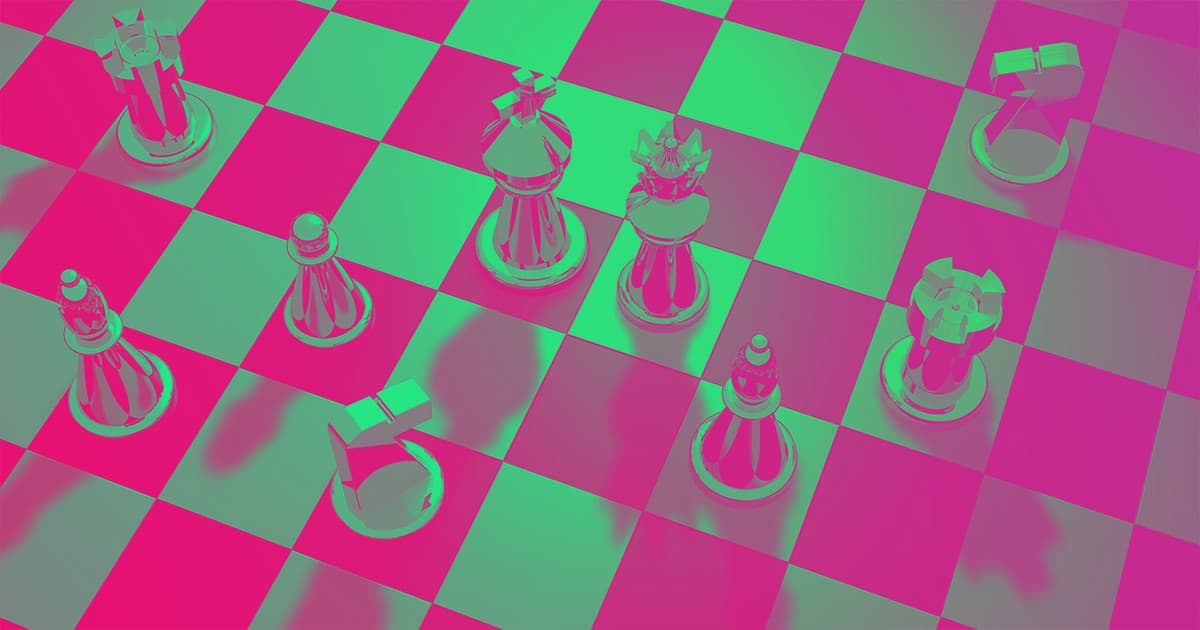 Yasssss Queen: Chess Is Finally Becoming the Next Big eSport

There's a new breakout game on the eSports scene: more and more, gamers streaming online are playing competitive rounds of chess in front of their virtual audiences.

For instance, NBC News profiled chess streamer Alexandra Botez, one of Canada's top-ranked players. She's taken to playing games live on the internet, all while posting in a chatroom to some 1,000 audience members and providing commentary — a marked shift from the usual slate of games featured on Twitch or other streaming platforms.

Chess is an old-school, turn-based, medieval combat strategy game. It features lots of the same tropes as other games in the genre: battle-ready knights, castles, even powerful "hero" units called queens, a subtle nod toward medieval royalty. In the game, combat is boiled down to its simplest form and centers around occupying spaces on a grid-like playing field.

The game has been kept alive by a cult following that never minded its monochrome graphics or rudimentary mechanics. Over the years, chess players have cultivated an air of refinement and sophistication. That culture clashes hard with Twitch's fast-paced, casual, social media-like culture, but NBC reports chess is among the fastest-growing games on the platform.

Botez, however, provides a bridge between the two cultures.

More on eSports: Fortnite Didn’t Do Anything New. That’s Why It Will Shape The Future Of Gaming.

Will Somebody Think of the Children?
Mom Horrified by What Her Kids Are Seeing in Roblox
Jan 6
Read More
Russian Block
Teen Sentenced to Prison for Plotting Terror Attack in Minecraft
2. 11. 22
Read More
Delete Twitter
Elon Musk Has Some Strong Opinions About Cyberpunk 2077
12. 14. 20
Read More
+Social+Newsletter
TopicsAbout UsContact Us
Copyright ©, Camden Media Inc All Rights Reserved. See our User Agreement, Privacy Policy and Data Use Policy. The material on this site may not be reproduced, distributed, transmitted, cached or otherwise used, except with prior written permission of Futurism. Articles may contain affiliate links which enable us to share in the revenue of any purchases made.
Fonts by Typekit and Monotype.