"In a way, beating humans at games has gotten boring." 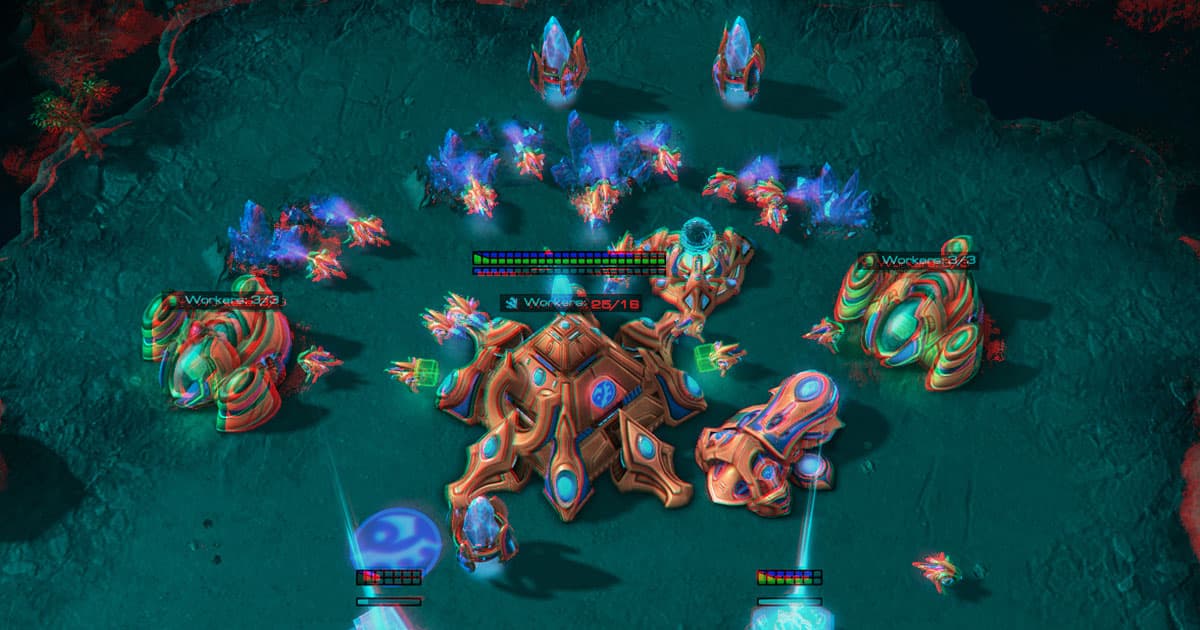 Party's over. The machines have the upper hand.

According to an AlphaStar Q&A on Reddit, it took up to "200 years of learning" until AlphaStar was able to keep up.

StarCraft II is one of the top competitive esports video games out there, with professional gamers competing at international championships for prizes of up to $700,000. Two of those players — Grzegorz "MaNa" Komincz from Poland and Dario "TLO" Wunsch from Germany — took on DeepMind's AlphaStar bot on Thursday.

AlphaStar had some key advantages: it was looking at a zoomed-out bird's eye view of the entire map, whereas players usually focus in on a single area of the map. An experimental version that only saw a smaller portion of the map, like a human, was not able to beat them at the game, New Scientist reports.

The reason the AI had a zoomed out view was "mostly due to computational reasons," according to Oriol Vinyals, DeepMind AlphaStar's lead researcher, who answered some questions over on Reddit. Despite that advantage, AlphaStar played convincingly like a human.

"I was impressed to see AlphaStar pull off advanced moves and different strategies across almost every game, using a very human style of gameplay I wouldn’t have expected," said Komincz during DeepMind's livestream yesterday.

DeepMind ran on a straightforward computer with an off-the-shelf graphics card. It did have access to an additional 16 "tensor processing units" for deep learning that trained it how to play — not exactly average gamer gear.

To many, the results don't come as a surprise.

"We were pretty much to a point where it was just a matter of time," Georgia Tech associate professor Mark Riedl told Wired. "In a way, beating humans at games has gotten boring."

READ MORE: DeepMind Beats Pros at StarCraft in Another Triumph for Bots [Wired]

More on AlphaStar: DeepMind is Teaching AIs How to Manage Real-World Tasks Through Gaming