This may change our views on what guides the fundamental nature of hosting life. 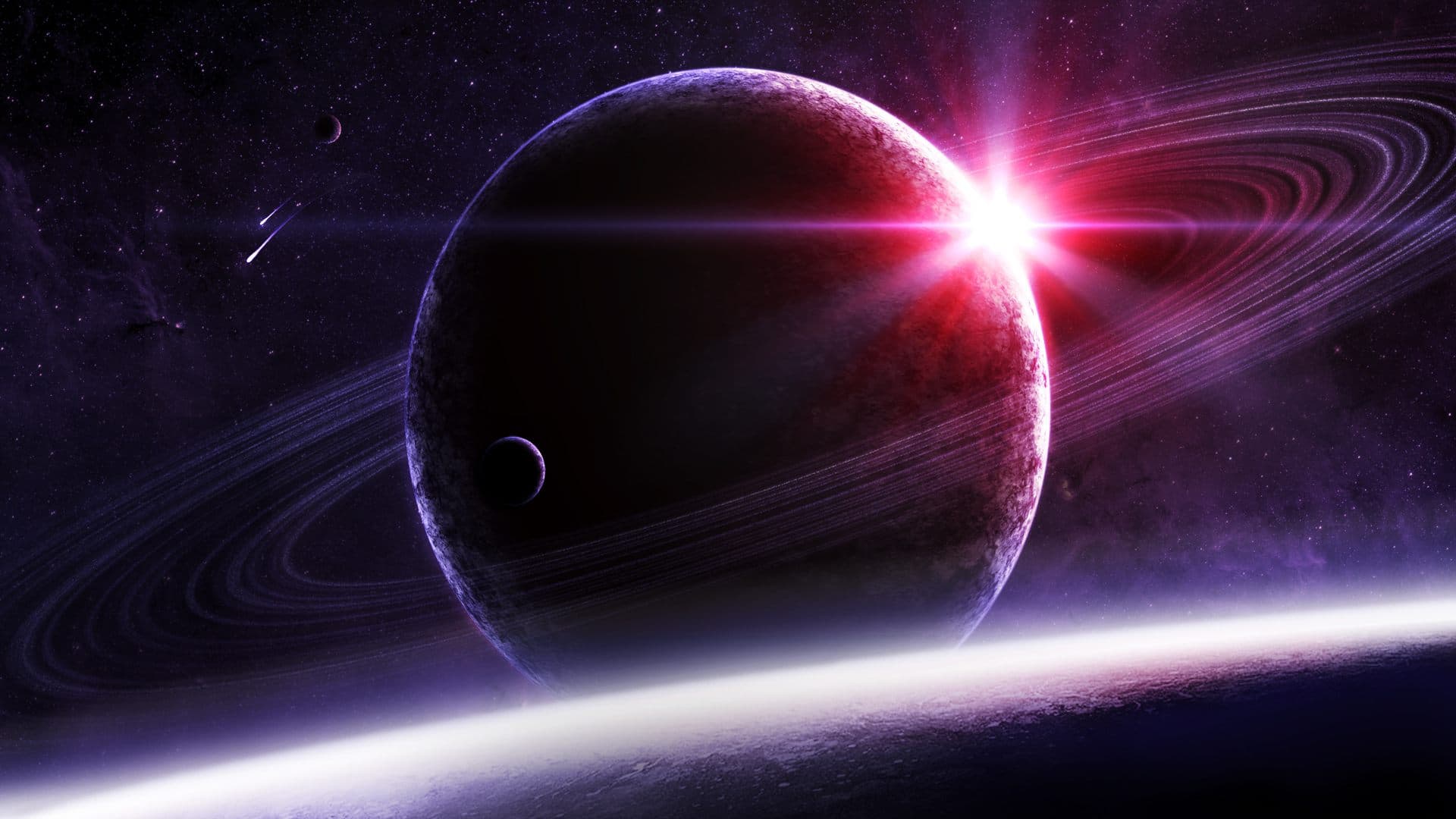 Saturn’s moon Titan has a terrain with features very similar to Earth: rocky mountains, lakes, rivers, and seas. It also experiences rainfall, which erodes and shape its topography to its Earthly look. The difference, however, is that its fluids are not water but liquid methane and ethane, and its temperature is very low. This would imply that life on Titan is virtually impossible.

Scientists from Cornell University have found data from the Cassini shows a chemical trail suggesting Titan could possibly host life.

“Contradictions between Cassini–Huygens mission measurements of the atmosphere and the surface of Saturn’s moon Titan suggest that HCN-based polymers may have formed on the surface from products of atmospheric chemistry. This makes Titan a valuable ‘natural laboratory’ for exploring potential nonterrestrial forms of prebiotic chemistry,” the researchers wrote in their paper.

Titan’s dense yellow haze atmosphere, which is full of nitrogen and methane, reacts with sunlight and produces hydrogen cyanide (HCN)—an organic compound believed to have played a crucial role in sparking life on Earth.

A study on the correlation between HCN and primordial life states how the Earth was abundant in the polymer and that lead to the ignition of life. “Following persistent bolide bombardment, primitive Earth may have been covered by water and carbonaceous compounds, particularly HCN polymers which would have supplied essential components for establishing protein/nucleic acid life,” the paper states.

Recent developments have pushed scientists to rethink the conditions we require to consider a planet (or a moon) eligible to hosting life, such as a planet being a certain distance from its host star to keep temperatures warm enough for water and life. Contrary to this, Titan has a very cold temperature and all its water is in ice form.

“This paper is a starting point, as we are looking for prebiotic chemistry in conditions other than Earth’s,” said postdoctoral researcher in chemistry and lead author Martin Rahm.

“We are used to our own conditions here on Earth. Our scientific experience is at room temperature and ambient conditions. Titan is a completely different beast,” Rahm said.

HCN is important because it is an organic chemical that can react with other molecules—including itself, and the Titan is swarming with organic chemicals. This would produce long chains of molecules called polymers.

One of these reactions could produce a polymer called polyimine, which can withstand extremely low temperatures like that of Titan, and can absorb the sun’s energy to ignite life.

“Polyimine can exist as different structures, and they may be able to accomplish remarkable things at low temperatures, especially under Titan’s conditions,” Rahm said.

“We need to continue to examine this, to understand how the chemistry evolves over time. We see this as a preparation for further exploration,” he said. “If future observations could show there is prebiotic chemistry in a place like Titan, it would be a major breakthrough. This paper is indicating that prerequisites for processes leading to a different kind of life could exist on Titan, but this only the first step.”

Read This Next
The Other White Meat
Space Colonists Will Likely Resort to Cannibalism, Scientist Says
Moon Beam
NASA Engineer: Humans Should Consider Settling Saturn's Moon Titan
Futurism
NASA's Testing a Space Submarine to Use in Titan's Seas. It Will Be Cool. It Won't Be Easy.
Futurism
Titan Has Even More in Common With Earth Than We Thought
Futurism
NASA Is Considering Sending a "Dragonfly" Drone to an Alien World
More on Off World
Trashing Orbit
7:17 PM on the byte
Elon Musk Says SpaceX May Build Starship That Dies on Purpose
Cat and Mouse
3:38 PM on the byte
SpaceX to Launch "Hunter" Satellites for Targeting Rival Spacecraft
Space In Space
1:44 PM on the byte
NASA Official Admits There's a Bit of an Issue on the Space Station
READ MORE STORIES ABOUT / Off World
Keep up.
Subscribe to our daily newsletter to keep in touch with the subjects shaping our future.
+Social+Newsletter
TopicsAbout UsContact Us
Copyright ©, Camden Media Inc All Rights Reserved. See our User Agreement, Privacy Policy and Data Use Policy. The material on this site may not be reproduced, distributed, transmitted, cached or otherwise used, except with prior written permission of Futurism. Articles may contain affiliate links which enable us to share in the revenue of any purchases made.
Fonts by Typekit and Monotype.