How Big Is Comet Churymov-Gerasimenko? 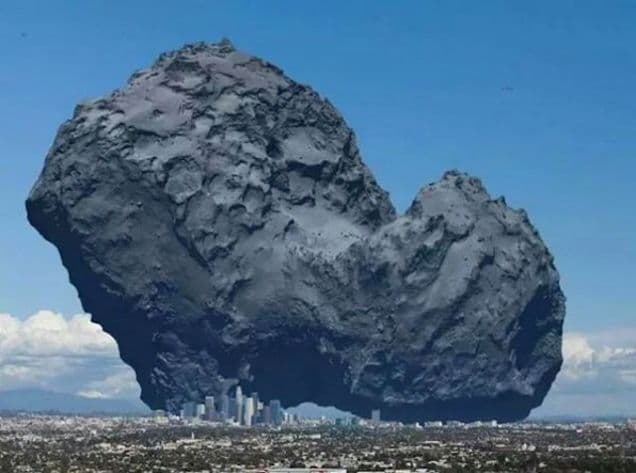 Earlier in August, after a long and grueling ten-year journey, the Rosetta spacecraft finally reached Comet 67p/ Churyumov-Gerasimenko. Currently, the craft is in orbit around the comet at a distance of about 100 km (62 miles). As you read this, both the comet and the spacecraft are flying at a speed of 55 000 km/h (34,000 mph) and are a staggering 400-million km (250-million miles) from Earth!

Rosetta has already been able to help scientists study the comet and (of course) it’s taken several fantastic images of its body. However, as some have noted, the comet is a little on the smallish side. It's dimensions are 3.5×4 km or about 2×2.5 mi. At this size, it's hardly one of the heavy weights of the solar system. Yet, if you were scoffing at the comet's paltry size, here is a bit more perspective:

The above is a scale image that compares the comet to LA. Given this scale, it does look a little...imposing.