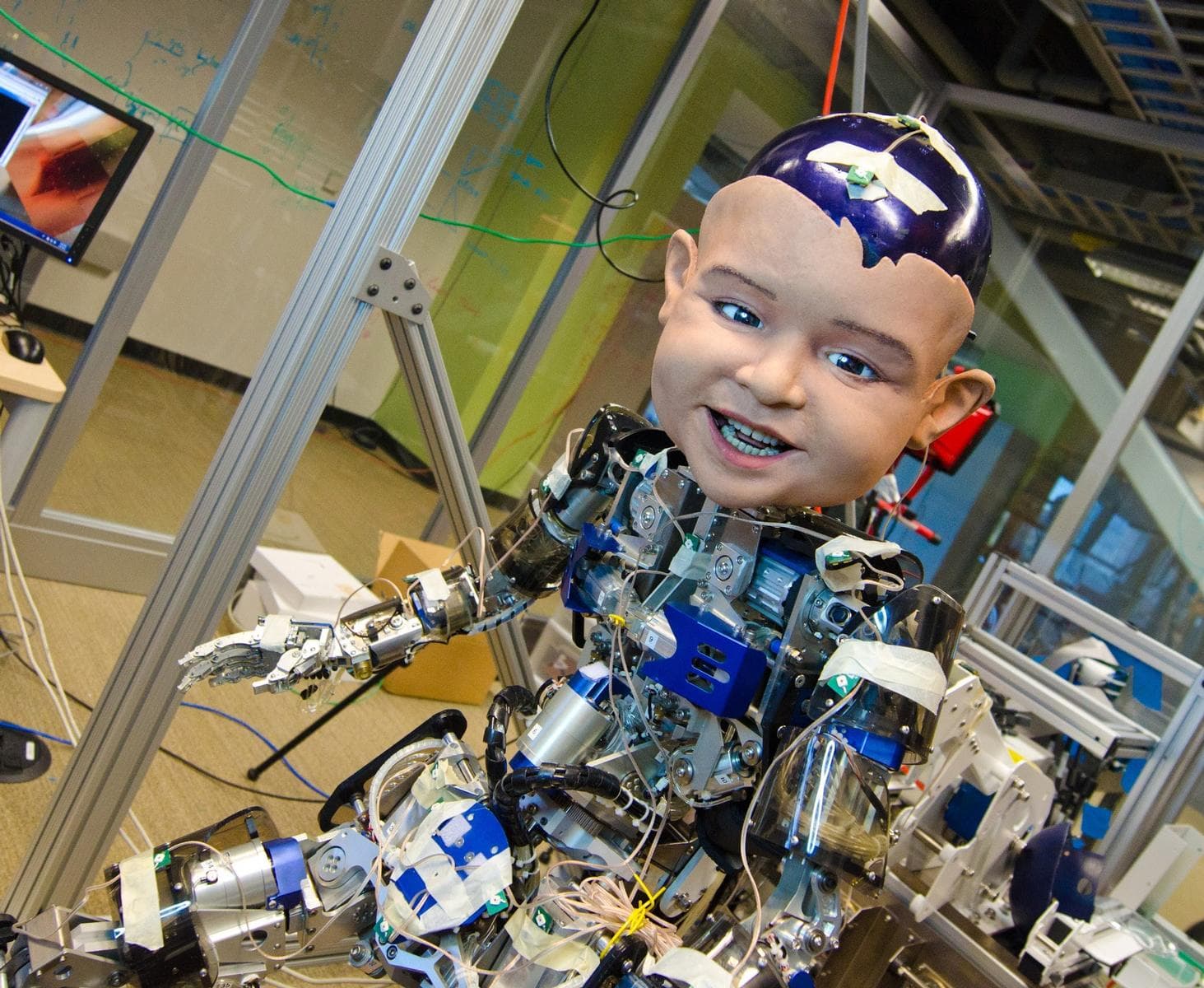 A team of computer scientists, roboticists, and developmental psychologists at the University of California, San Diego recently used a "toddler-like" robot to try and determine if babies smile with a purpose or if their smiles are just random muscle movements. After studying a set of babies, the team programed a robot to behave in a similar fashion. This kind of "reverse engineering" allowed the scientists to closely study the behaviors, determine patterns, and ultimately look for signs of purpose or intent.

Notably, their findings indicate that babies don't just smile randomly; rather, it seems that, like a comedian, babies time their smiles to try and get as many returning smiles as possible from those who are nearby. Interestingly, the research also revealed that the babies worked to maximize smiles in others while smiling as little as possible themselves.

Dan Messinger, of University of Miami and co-author of the study, says that the team's unique approach has revealed that babies do appear to have goals when they interact with their parents, and this extends even to newborns. “What makes our study unique is that previous approaches to studying infant-parent interaction essentially describe patterns,” Messinger said in a press release. “But we couldn’t say what the mother or infant is trying to obtain in the interaction. Here we find that infants have their own goals in the interaction, even before four months of age.”

Ultimately, this breakthrough will help us better understand how humans develop and learn to function in society. But perhaps most significantly, the research indicates that robots may be able to play an important role in assisting us in our quest to understand why humans function the way that they do.

Read This Next
Brands We Love
The New 'What if 100' Book Uses Real Science to Answer Wild Hypothetical Questions
Brands We Love
Watch Thousands of Thought-Provoking Shows and Documentaries on Curiosity Stream
Brands We Love
The VentiFresh ECO Uses NASA-Inspired Tech To Eliminate Odor And Airborne Germs
Brands We Love
Go Beyond The Science Headlines With The Fundamentals Of Physics Course
Brands We Love
Every Science Lover Needs This Subscription Box in Their Life
More on Hard Science
Tractor Beam
Jan 26 on the byte
Scientists Build Working Tractor Beam, Although It's Comically Tiny
Having a Blast
Jan 18 on the byte
New Study Shows Where You Should Hide to Survive a Nuclear Attack
Offworld Amino
Jan 15 on the byte
Scientists Find Building Blocks of Life in Meteor That Smashed Into Family's Driveway
READ MORE STORIES ABOUT / Hard Science
Keep up.
Subscribe to our daily newsletter to keep in touch with the subjects shaping our future.
+Social+Newsletter
TopicsAbout UsContact Us
Copyright ©, Camden Media Inc All Rights Reserved. See our User Agreement, Privacy Policy and Data Use Policy. The material on this site may not be reproduced, distributed, transmitted, cached or otherwise used, except with prior written permission of Futurism. Articles may contain affiliate links which enable us to share in the revenue of any purchases made.
Fonts by Typekit and Monotype.