The Higgs Boson Could Be Connected to The Antimatter Mystery 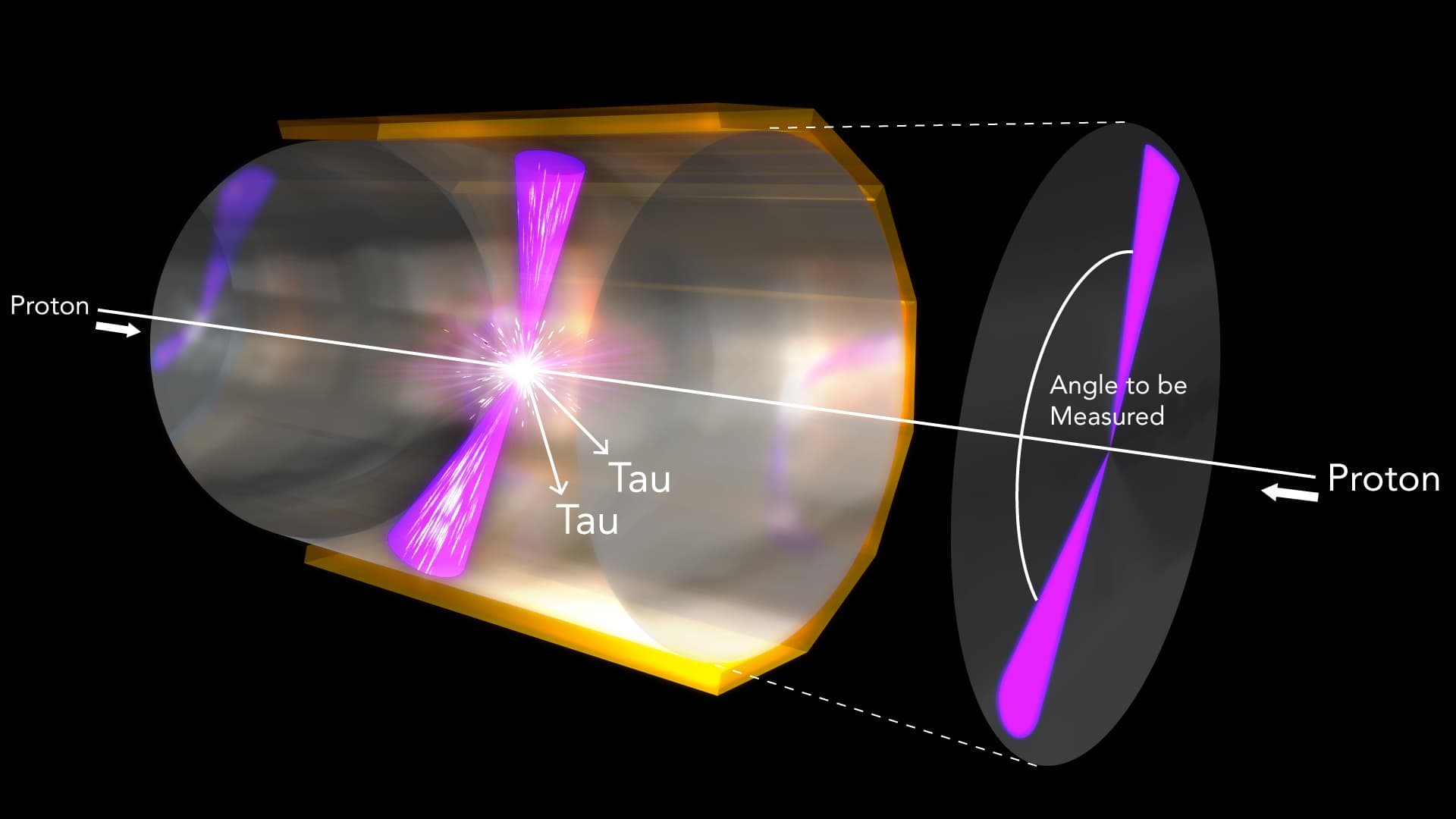 Several experiments, including the BaBar experiment at the Department of Energy's SLAC National Accelerator Laboratory, have helped explain some — but not all — of the imbalance between matter and antimatter in the universe. Now a SLAC theorist and his colleagues have laid out a possible method for determining if the Higgs boson is involved.

In a paper published in Physical Review D, they suggest that scientists at CERN's Large Hadron Collider (LHC), where the Higgs was discovered, look for a specific kind of Higgs decay when the collider starts up again in 2015. The details of that decay could tell them whether or not the Higgs has a say in the matter-antimatter imbalance.

"The time to plan a search strategy is now," said Matt Dolan, a research associate in SLAC's Particle Theory group and co-author of the paper. "That way, when the LHC begins to operate at full strength we'll be ready."

Why there's more matter than antimatter is one of the biggest questions confounding particle physicists and cosmologists, and it cuts to the heart of our own existence. In the time following the Big Bang, when the budding universe cooled enough for matter to form, most matter-antimatter particle pairs that popped into existence annihilated each other. Yet something tipped the balance in favor of matter, or we — and stars, planets, galaxies, life — would not be here.

The recently discovered Higgs boson is directly connected to the issues of mass and matter. Asking whether the Higgs is involved in the preponderance of matter over antimatter seems a reasonable question.

The paper is based on a phenomenon called CP — or charge-parity — violation, the same phenomenon investigated by BaBar. CP violation means that nature treats a particle and its oppositely charged mirror-image version differently.

"Searching for CP violation at the LHC is tricky," Dolan said. "We've just started to look into the properties of the Higgs, and the experiments must be very carefully designed if we are to improve our understanding of how the Higgs behaves under different conditions.”

First, researchers need to confirm that the Higgs fits into the Standard Model, our current best explanation of matter, energy and the processes that turned them into us. A Higgs that fits the Standard Model where CP violation is concerned is called CP-even; one that does not is called CP-odd. A tell-tale sign that the Higgs is involved in CP violation is if it's a mixture of even and odd.

The theorists proposed that experimenters look for a process in which a Higgs decays into two tau particles, which are like supersized cousins of electrons, while the remainder of the energy from the original proton-proton collision sprays outward in two jets. Any mix of CP-even and CP-odd in the Higgs is revealed by the angle between the two jets.

"This is a very high-profile and involved analysis," said Philip Harris, a staff physicist at CERN and co-author of the paper along with Martin Jankowiak of the University of Heidelberg and Michael Spannowsky of Durham University. A member of the CMS collaboration, Harris focuses on Higgs-to-tau-tau decays, evidence of which has only recently begun to mount.

"I wanted to add a CP violation measurement to our analysis, and what Matt, Martin and Michael proposed is the most viable avenue,” Harris said, adding that he's looking forward to all the data the LHC will generate when it starts up again early next year at its full design strength.

"Even with just a few months of data we can start to make real statements about the Higgs and CP violation," he said.