Graphic of the Hardest Foreign Languages for English Speakers 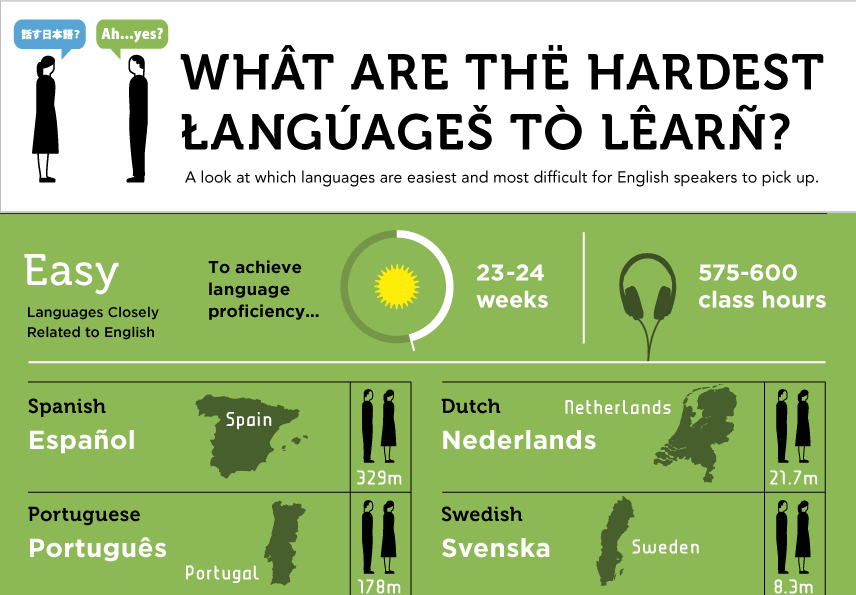 Learning a foreign language is wonderful. It can open an entirely new world, and it has been show to decrease mental decline. But some languages are obviously a bit more difficult to learn than others. Voxy created this handy infographic to depict the hardest languages for English speakers. They compiled it using information from the Foreign Service Institute of the US Department of State.

Of course, this is subjective, as everyone thinks and learns a little differently. Also, it is important to keep in mind that learning a new language is never easy (unless perhaps you are a savant). With this in mind, as you can see, most western European languages are relatively easy to learn. English speakers can generally learn the language (become proficient at it) in 600 class hours, which is the equivalent of 24 weeks.

The hardest languages include Japanese, Korean, Chinese and Arabic, and they can take more than a year and a half in order to reach proficiency. So, planning to move sometime soon? Don't choose one of these places unless, of course, you love a good challenge.