Harness The Power of Blockchain With This $39 Masterclass Training

Blockchain will underpin a litany of technologies in the future. 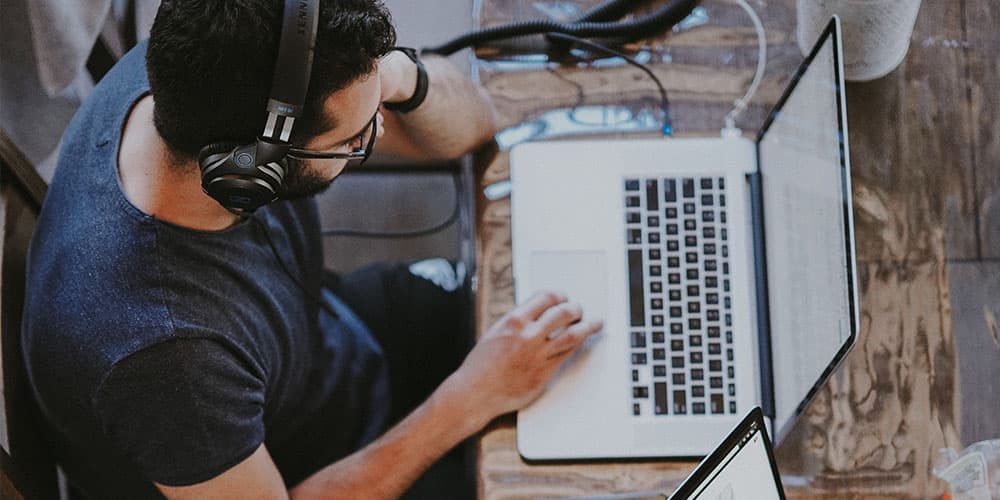 "Blockchain" is easy to dismiss as just a buzzword. Ever since the arrival of cryptocurrencies, people have tried to cram "blockchain" into their marketing copy without bothering to explain what it is or why it might matter. Yet there's a reason for all the hype, as there's much more to blockchain than just trading cat pictures. The Mega Blockchain Mastery Bundle, temporarily just $39, will show you why this technology is so important.

At its most basic, a blockchain is an evolution of double-entry bookkeeping, where instead of two people having a ledger kept centrally, everyone involved in a transaction network has the ledger. Starting with the genesis block, as transactions are performed new blocks are made, consisting of an encrypted copy of the previous block, a timestamp, and the transaction data.

The key is that everybody has the same blockchain, which is constantly updated, and for any transaction to happen within that network, everybody's blockchain needs to match perfectly. If it doesn't, the transaction doesn't go through. It also protects against retroactive fraud; a block cannot be changed without the consent of the majority of users in the network, so hiding fake transactions becomes almost impossible.

Another advantage is that everybody has the entire record to examine, which aids in transparency and trust. It's relatively simple to go back and sift through records to confirm a person's statement or a chain of custody. You know how at work somebody might claim they never got an email? With blockchain, you could just pop open the record and see if they were telling the truth.

These two points make blockchain useful not just for cryptocurrencies, but for any transaction where you need a detailed record of who's doing what and when. One popular example is the smart contract.

You've engaged with a smart contract before if you've ever bought a soda from a vending machine. The "contract" is that if you feed a few quarters into the machine, you'll get a refreshing beverage. You slot your coins in, and the machine instantly fulfills the contract, albeit sometimes with more fizz than you wanted.

With smart contracts, certain legal transactions can essentially be turned into computer programs; the terms are agreed to, as tracked by the blockchain, the contract is signed by both parties, and it's instantly executed. There's no haggling, no debate, and no hidden terms. You simply create a contract, someone else fulfills it, and the rest of the process is automated.

That's especially important in transactions such as fair-trade buying, carbon pricing, and blocking counterfeit goods from entering the market. It's not just that the companies involved know where their product came from: It's that everyone does.

The Mega Blockchain Mastery Bundle offers 56 hours of training, across 13 lectures, that takes you through the fundamentals up above and then moves on to the broader uses of blockchain. It uses the EOSIO platform, available as open sources, to show you how blockchain works, from the basics all the way to the most complex.

You'll see how cryptocurrencies are built from the ground up and how, from there, cryptocurrency networks can be used to develop smart contracts. You'll learn the details of how security works in the blockchain and how to apply it to create confidence in every transaction. Finally, you'll see how to use these skills both in your career and to scrutinize the security and safety of other cryptocurrencies.

Well after the hype has died down, blockchain will underpin crucial parts of the world. For 97% off, the Mega Blockchain Mastery Bundle will show you how to build that world.

Read This Next
Sad!
Melania Trump Accused of Secretly Buying Her Own NFT to Avoid Disgrace
Greenwashing
World Wildlife Foundation Cancels NFT Project After Critics Point Out That It Was Actually a Huge Polluter
Stoking the Fire
Gaming Exec Says His Customers Are Idiots For Not Understanding How Great NFTs Are
Art Flop
Independent Artists Say NFTs Are the Bane of Their Existence
Plundering DAOs
Hackers Plunder "Cryptocurrency City" That Had Promised "Dank Memes"
More on Future Society
Ads Everywhere
8:08 PM on the byte
Cell Providers Are Apparently Gonna Put Ads on Your Phone's Lock Screen
Robot Ref
7:28 PM on the byte
AI Referee Will Track Players' Individual Limbs at World Cup
Bad Times
2:52 PM on the byte
Abysmal New Numbers Show the NFT Market Is in Deep Trouble
READ MORE STORIES ABOUT / Future Society
Keep up.
Subscribe to our daily newsletter to keep in touch with the subjects shaping our future.
+Social+Newsletter
TopicsAbout UsContact Us
Copyright ©, Camden Media Inc All Rights Reserved. See our User Agreement, Privacy Policy and Data Use Policy. The material on this site may not be reproduced, distributed, transmitted, cached or otherwise used, except with prior written permission of Futurism. Fonts by Typekit and Monotype.