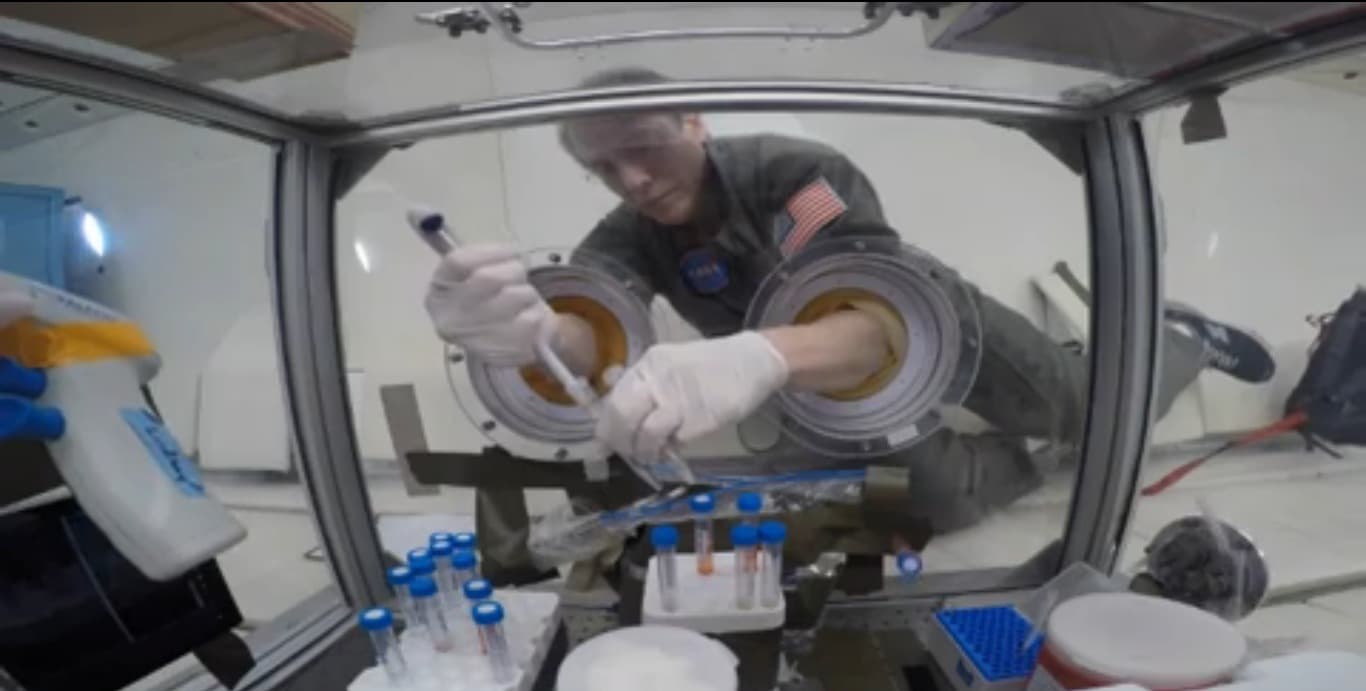 Geneticists Andrew Feinberg and Lindsay Rizzardi have successfully administered genome sequencing in zero-gravity. They wanted to test out if zero-gravity is a viable environment for long-term storage of genetic material, and whether pipettes are needed to transfer a layer of centrifuged blood to another vessel.  They used positive displacement pipettes, which are essentially small plungers that directly touch the sample. The tip of the pipette was also small enough to not let any air in and to not let any fluid spill - which are important feats while in zero-gravity. Feinberg and Rizzardi tried to other methods, but this one proved to be the most effective.

They also wanted to test if MinION, a small transportable genetic sequencer, would also work under the same circumstances. MinION successfully sequenced a small amount of DNA that was prepared from the ground, and geneticist Christopher and a NASA colleague plan to bring the machine to the International Space Station early 2016. Feinberg also sees the possibility of astronauts being able to sequence their own DNA while on their space missions.