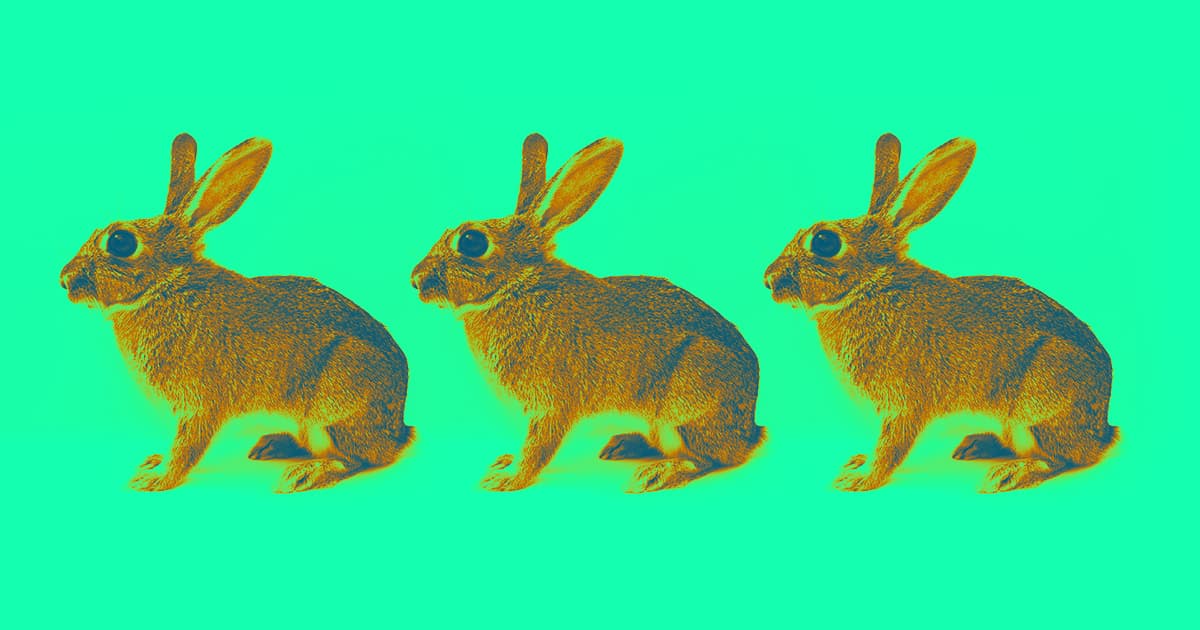 In 2015, researchers learned they could use CRISPR-Cas9 to create what are known as gene drives. By editing an organism's genes in a specific way, they could increase the likelihood that its offspring inherited certain genetic traits.

While researchers knew gene drives worked in bugs — many are exploring its potential use against disease-spreading mosquitoes — they didn't know if the same technique would work in mammals until just a few weeks ago, when a team from UC San Diego published a groundbreaking study in the journal Nature.

Their finding: it's possible to use a gene drive system in mice, and likely other mammals — opening up a new world of possibilities for the technology.

The UC San Diego team used CRISPR-Cas9 to create a gene drive that affected the fur color of mice. This made it easy to see if their technology was working.

They developed a technique in which they inserted what they called a "CopyCat" DNA element into a specific mouse gene. This element caused the animal to be albino — and reportedly glow red under a special light.

By refining their technique over the course of their two year study, they were able to ensure that up to 86 percent of their edited animal's offspring inherited the CopyCat element from the female parent, as opposed to the usual 50 percent.

Now that researchers know it's possible to use gene drives in mammals, what might they do with that knowledge?

For one, they could use the technology to control invasive populations, similarly to how researchers are already using gene drives against mosquitoes.

"With additional refinements, it should be possible to develop gene-drive technologies to either modify or possibly reduce mammalian populations that are vectors for disease or cause damage to indigenous species,” researcher Ethan Bier said in a press release.

But perhaps the most important use of this technology isn't in the wild — it's in the lab.

"Our motivation was to develop this as a tool for laboratory researchers to control the inheritance of multiple genes in mice," researcher Kimberly Cooper said in the press release. “With further development we think it will be possible to make animal models of complex human genetic diseases, like arthritis and cancer, that are not currently possible.”

More on gene drive: Scientists Wiped out a Mosquito Population by Hacking Their DNA With CRISPR