Serious gaming power in your pocket. 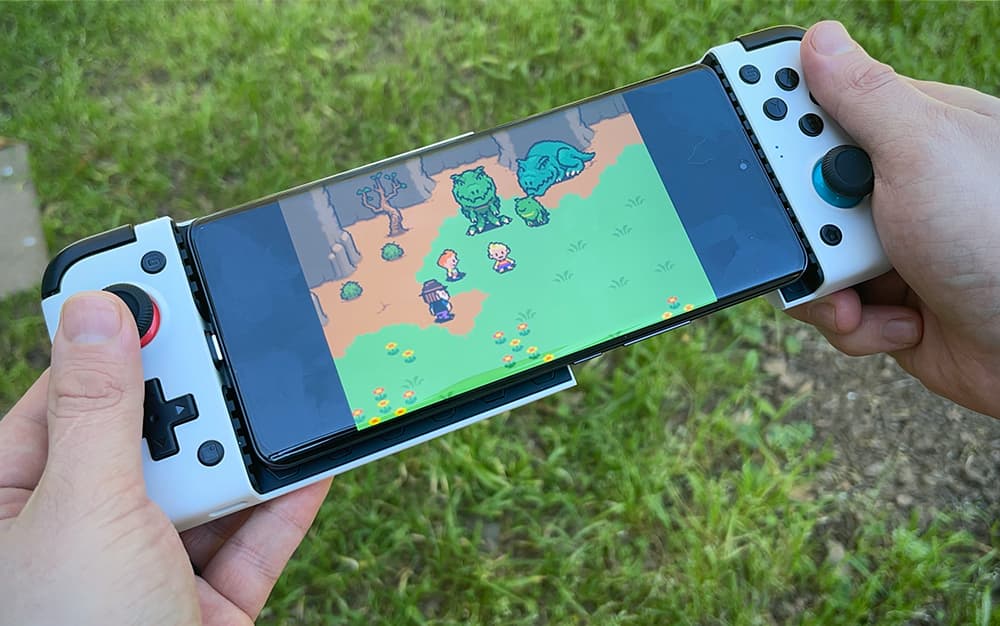 Gaming on smartphones is still scoffed at by many, and in some cases, with good reason. Whether it’s a game made natively on Android or iOS or a watered-down port of an established entry, experiences on smartphones just don’t stack up to gaming on PC or home consoles. But it would be a shame to waste all that glorious processing power, wouldn’t it? The GameSir X2 lets you tap into your Android phone’s natural gaming capabilities, and this review will reveal the kind of nostalgic magic it’s capable of.

The GameSir X2 controller is a controller built for gaming on an Android device. This isn’t a terribly new concept, as there are plenty of Bluetooth-enabled devices that can sync up with smartphones, including many PS5 and Xbox controllers. What sets GameSir X2 apart is that it connects directly into a phone’s USB-C slot. What does this mean for gaming? Low latency rates, which is great if you plan on using cloud gaming apps like Stadia and Xbox Cloud Gaming. Just note that in order to use the GameSirX2, your device needs to be updated to Android 9.0 or later, and be less than 6.57 inches in length.

If you squint, the GameSir X2 looks like a standard 16-button gamepad with a hollow middle. When a phone is attached, it looks like a Nintendo Switch OLED knockoff, albeit a good bit smaller. Every button a hardcore gamer needs are here, along with a few extras. A solid Nintendo-style D-Pad, four main face buttons, four triggers, and two clickable control sticks make this gamepad feel like many “pro controllers” for modern consoles. There are also start, select, home, and screenshot buttons, which will take a quick snapshot of whatever game you’re currently playing. The device also comes with a carrying case that will hold the GameSir X2 and whatever Android phone you’re using with it.

The back of the device has two comfortable grip pads for long gaming sessions. Sliding a phone into the GameSir X2 feels weird at first because there’s a thin gap between the phone and where the phone rests. This was an intentional design choice, as higher-end phones sometimes run hot. This small gap allows for maximum airflow so your mobile gaming rig doesn’t become uncomfortable or worse, crash any game you’re currently playing. Because some higher-end games can be demanding on phone battery life, there’s a USB-C charge port just under the D-Pad which will allow you to power up while playing. Learn more about how we test gaming equipment.

GameSir X2 Mobile Gaming Controller: Is it Worth It?

Smartphones are becoming more and more powerful every year, with lightning-fast processing speeds and bright, flashy OLED screens. But touching a screen in lieu of mashing buttons just doesn’t hit right. And this prospect is even worse when there’s a makeshift on-screen gamepad which is maybe the worst way to ever control a game. The GameSir X2 controller appeals because it lets you tap into a familiar gaming experience — at least, in theory.

For the purpose of this review, I’ll be using the flashy new Xiaomi 12 Pro, which is one of the newest premium phones on the market. Within its flashy guts lies a Qualcomm Snapdragon 8 Gen 1, a chipset known for its speed and efficiency. Seconds before I decided to slide the phone into the controller, I touched the USB-C connection and immediately thought I broke the device. The connector dips slightly downward if you press on it. Luckily, this is just a design choice, as it allows for the phone to slide into the device a little easier. Sliding an Android phone in is fairly intuitive. There’s enough of a gap to allow you to slide your phone in along with thinner silicone cases, including the Xiaomi 12 Pro.

I decided to try it out on one of my favorite mobile ports, “Castlevania: Symphony of the Night.” The game originally came out on the PSX in 1997, but still remains very playable in 2022, and ranks among the best “Metroidvanias.” If this game doesn’t play well, no other game will. Buttons on the GameSir X2 have a very clicky quality, which I rather enjoy. There were zero latency issues off the bat.

Have you ever played a phone with a gamepad via Bluetooth? There are attachments that latch onto a gamepad that will allow you to dock your phone just above it. In theory, this should provide a pretty stellar gaming session, but because of the top-heavy weight, even sturdy wrists will strain overtime. GameSir X2 takes the popular Nintendo Switch approach, laying the phone flat, so the weight is distributed evenly. Depending on your phone, there’s a good chance that it will weigh fairly close to a Switch. If you close your eyes, you may even think someone plopped a Switch in your hands. Granted, the GameSir X2 is a bit easier to handle because of the padded control grips on the back. I spent a lazy Saturday playing “MOTHER 3” and “Mega Man X” and experienced no strain.

Sliding the phone in and out of the device is also fairly simple. When I travel from room to room, I slide the phone out of the GameSir X2 and store the controller along with the phone in its carrying case.

The Makings of a Retro Arcade

The Google Play store is rife with emulators for classic consoles spanning all the way back to the Nintendo Entertainment System. After collecting a handful of my favorite titles, I installed Launchbox, a lovely backend that organizes games by platform. Of course, you could do this without the GameSir X2, but have you ever tried playing “Super Mario World” using touch controls? It’s enough to make anyone swear off games forever and take up an alternate hobby like needlepoint or basket weaving.

The GameSir works with modern titles, whether they’re more demanding like “Call of Duty Mobile” or lo-fi throwbacks like “Stardew Valley.” But there’s no use in letting that clicky, responsive D-Pad go to waste. The fantastic thing is that GameSir X2 required no button mapping out of the gate on any console emulator I used. When running “We Love Katamari,” each control stick read as if I was using an actual DualShock gamepad. I was rolling up all matter of terrestrial refuse, and I was doing it in a way that was never intended. Jumping from SNES classics like “Chrono Trigger” to N64 hidden gems like “Mischief Makers,” is one of the most fruitful ways to spend an afternoon. That said, anytime you futz around with emulators and roms, consider the murky legal ramifications. In general, the rule of thumb to follow is to only play games that you own physical copies of. But even then, use your best judgment.

Using the Gamesir app, you can program different game profiles for supported games, which includes popular titles like “Fortnite,” “Minecraft,” NBA2K20,” “Rayman,” and “League of Legends: Wild Rift.” It can also update your GameSir X2 firmware to keep it optimized as possible. When the gamepad first released, it got a lot of guff from fans who weren’t able to remap buttons. Not only can you remap the buttons, you can choose from either “Switch” or “Xbox” layout as far as face button placement. There’s a USB-C charging port just under the D-Pad that lets you charge while playing. This is a welcome addition, especially since the device requires a little power from your phone to run.

Android gaming capabilities are getting stronger and stronger, which makes using it as a dedicated portable console a more endearing prospect. Of course, a console is only as good as its controller. If you’re going to game on an Android phone, I highly recommend the GameSir X2 Android game controller. The device allows for comfortable mobile gaming over long periods of time, provided your phone’s battery life can stand it. While native Android games play stellar here, the true magic lies in using this device as a portable retro arcade, so long as you use your best judgment when procuring retro titles.