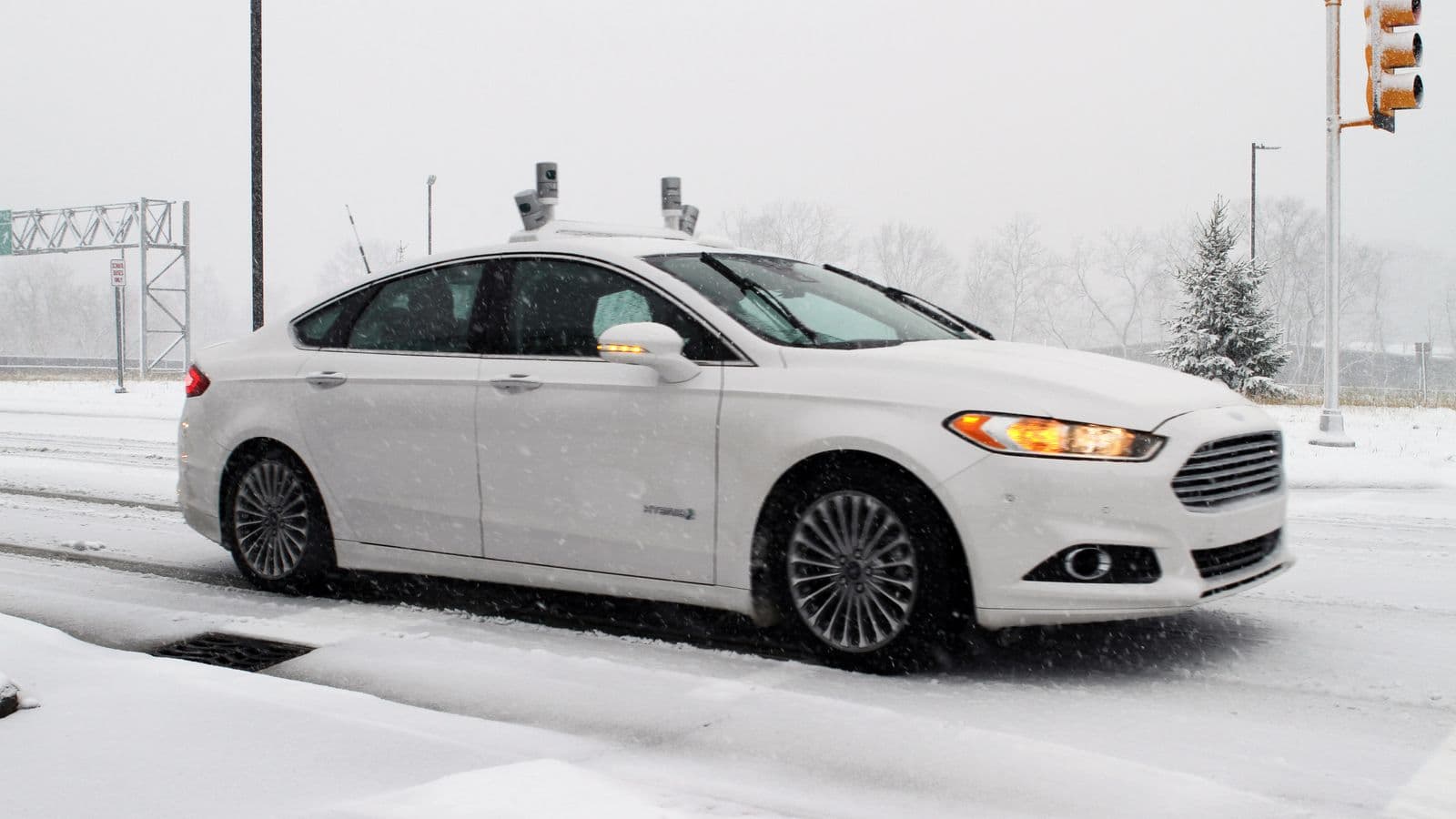 Ford has announced that the company is now testing its autonomous research vehicles on snowy condition. In terms of vehicular testing, inclement weather conditions (such as heavy rainfall, snow, hail, and other similar weather conditions) are considered one of the major unresolved challenges that is preventing the introduction of self-driving technology to the market.

After all, who wants to ride around in a car that doesn't know what hydroplaning is (or how to deal with it when it occurs)? And perhaps it should also be mentioned that Ford’s main headquarters is located in Michigan, where the wintry conditions are a reality that they face every year (for a majority of the year).

Typical sensors that are used, such as LiDAR, are unable to see through snow, which basically renders the sensor unusable for building high-resolution environment maps—maps that are essential to safe, autonomous driving. As a workaround, Ford is using LiDAR to instead detect landmarks above the road before switching to high-resolution maps of the road stocked by the vehicle.

Currently, car manufacturers are looking into partners to produce better resolution maps through crowdsourcing. By using cellular data connections in tandem with sensors used in many vehicles, the company hopes to be able produce high resolution maps that would make driving in bad weather conditions more feasible for autonomous vehicles.

To date, the companies include Volkswagen, General Motors (GM), as well as Tesla (whose Autopilot system, which follows a similar concept, is currently in public beta).

There’s also a rumored tie up between Ford and Google that could still potentially expand technological advancement in the self driving industry. Originally, according to the buzz surrounding this potential partnership, it was supposed to have been announced at 2016 CES, which didn’t take place.

However, a tie-up between the two companies may still occur. And in any case, the research being done with road conditions marks a major step forward in the study and research of autonomous car technology.

Read This Next
Futurism
Japan Is Replacing Its Aging Construction Workers With Robots
Futurism
Ford's Unveiles A Tiny Stand On Car That You Can Carry With You
Futurism
The Oasis Self-Driving Car is a Living Room and Vehicle All-in-One
Futurism
Baidu Can Now Test Its Self-Driving Cars In California
Futurism
Ford To Mass-Produce Fully-Autonomous Cars by 2021
More on Robots & Machines
From the Dept. of...
12:00 AM on futurism
The Best Smart Lights of 2023
From the Dept. of...
Yesterday on futurism
The Best Mini Instant Pots of 2023
Setting a Bad Exa...
Tuesday on the byte
Multiple OSHA Violations Identified in Video of Boston Dynamics Robot Assisting Construction Worker
READ MORE STORIES ABOUT / Robots & Machines
Keep up.
Subscribe to our daily newsletter to keep in touch with the subjects shaping our future.
+Social+Newsletter
TopicsAbout UsContact Us
Copyright ©, Camden Media Inc All Rights Reserved. See our User Agreement, Privacy Policy and Data Use Policy. The material on this site may not be reproduced, distributed, transmitted, cached or otherwise used, except with prior written permission of Futurism. Articles may contain affiliate links which enable us to share in the revenue of any purchases made.
Fonts by Typekit and Monotype.