Yes, a flufferbot. No, it's not a sandwich. 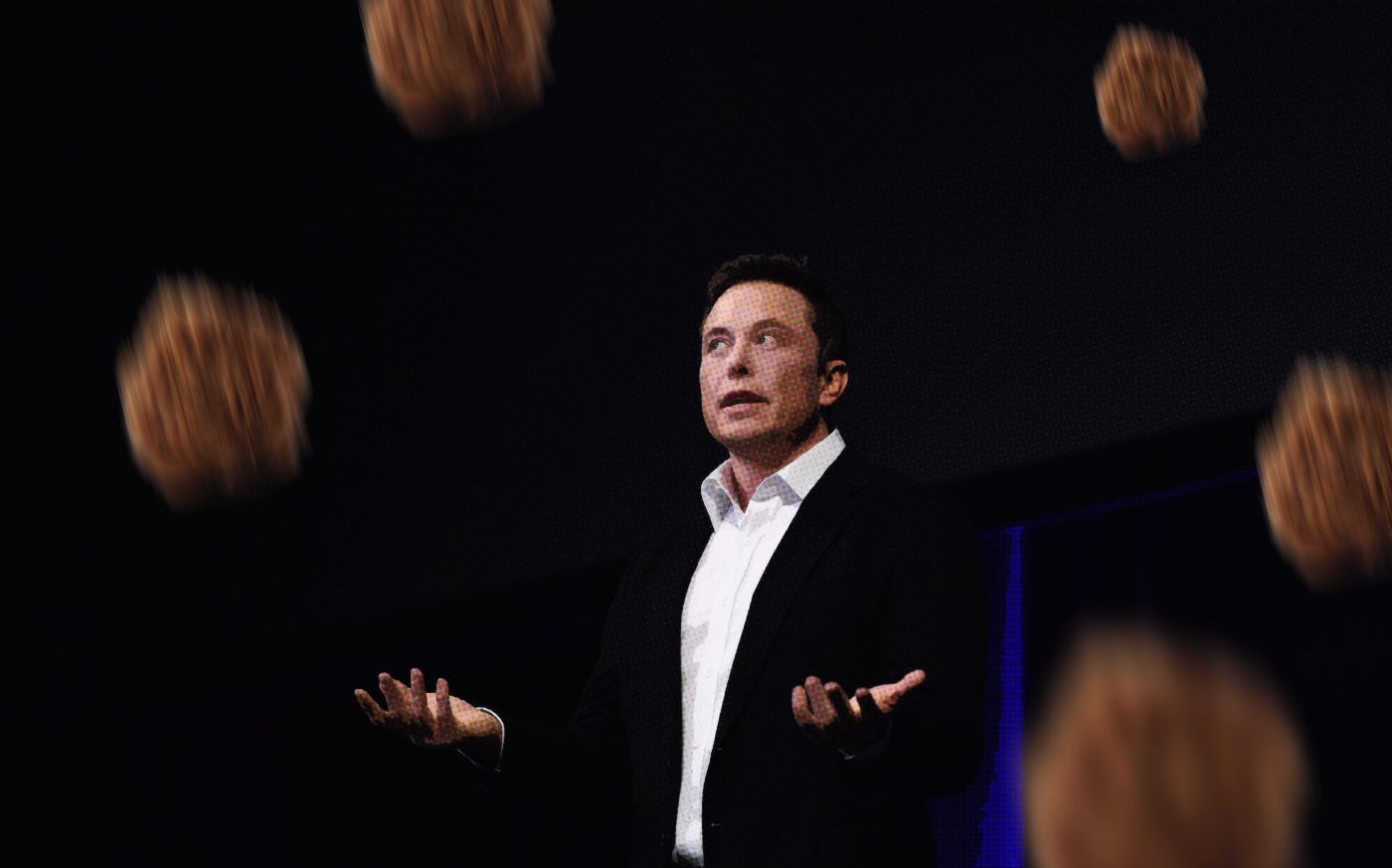 Like a drunk person throwing rings at a carnival, Elon Musk just keeps missing the target. Investors are fuming: production of the Model 3 keeps getting delayed, and somehow the company is just burning through cash.

We finally know why it's taking so freakin' long for Model 3s to roll off the assembly line: because robots are the worst. Specifically: a bad robot that was bad at sticking fluff on mats.

Elon blamed the delays on what he called a "flufferbot" that was just not performing up to expectations. On a call with investors earlier this week, Slate reported that Musk said:

"Machines are not good at picking up pieces of fluff. Human hands are way better at doing that. So we had a super-complicated machine. Using a vision system to try to put a piece of fluff on a battery pack."

Honestly, so unfair. All this flufferbot was trying to do was pick up fluff. It's not its fault that it kept not doing that, or putting it in the wrong place. Fluff is really hard to engineer.

I can’t believe Elon let me go. I thought I was doing a great job.

And to throw some wood on the burning embers of your frustration: Elon admitted the fluff wasn't even necessary.

So, no, half a million Model 3s will not roll off the production line by the end of this year. Not by a long shot. Even if Elon personally reassigned every one of Tesla's flufferbots.

Elon now promises to make 5,000 Model 3s per week, more than twice the current rate. Looks like Elon has more nights on the floor of the Tesla Gigafactory in his future.

To do that, though, he might have to cut some corners. In addition to firing all the flufferbots, Musk will stop including unnecessary front-drive ports on batteries for cars that were only intended to be rear-wheel drive in the first place. Doing that would mean that it would take less than 17 minutes to assemble a battery, Slate reports.

Musk's comments may be asinine, but they also revive hope for Tesla's future. Yes, he's "alienating Wall Street" and causing stocks to drop. But if this is what "taking care of business" sounds like in his board room, maybe it'll all just work out.

Update (5/4/2018, 2:23pm): Elon Musk has publicly apoplogized, and has called his strange outlash at analysts during a conference call "foolish."

Read This Next
Where's Musko
7 Theories About Why Elon Musk Has Disappeared
tesla recall
Tesla Accused of Shutting Off Autopilot Moments Before Impact
Fiery Furnaces
Firefighters Struggle as Junkyard Tesla Bursts Into Flames Weeks After Crash
New Low Score
Tesla Reportedly Giving Full Self-Driving Beta to Basically Anybody Now
Stonk Broke
Twitter Bots Love Tesla. Elon Musk Is Pledging to Destroy Them
More on Advanced Transport
Wrong Turn
Yesterday on the byte
Terrifying Video Shows Self-Driving Tesla Head Into Oncoming Traffic
Robotaxi to Nowhere
Friday on the byte
Group of Robotaxis All Shut Down at Same Moment, Stopping Traffic for Hours
Here for the ride
Wednesday on the byte
GM's Robotaxis Are Now Collecting Fares with No Safety Driver
READ MORE STORIES ABOUT / Advanced Transport
Keep up.
Subscribe to our daily newsletter to keep in touch with the subjects shaping our future.
+Social+Newsletter
TopicsAbout UsContact Us
Copyright ©, Camden Media Inc All Rights Reserved. See our User Agreement, Privacy Policy and Data Use Policy. The material on this site may not be reproduced, distributed, transmitted, cached or otherwise used, except with prior written permission of Futurism. Fonts by Typekit and Monotype.